Posted by Kel
Hi again. Hope everyone's having a great weekend so far, particularly those of who who are lucky enough to be meandering the halls of New York City Comic Con right now. It's been another busy but excellent week here at the Care and Feeding of Nerds. We met new friends, hunkered down in our Playtesting Lab for a bit, and got a peek into the developmental processes that board game creators use to bring their ideas into playable reality. Bonus: we're giving away more free stuff! Let's add to that goodness by getting down to the Week in Geekdom. 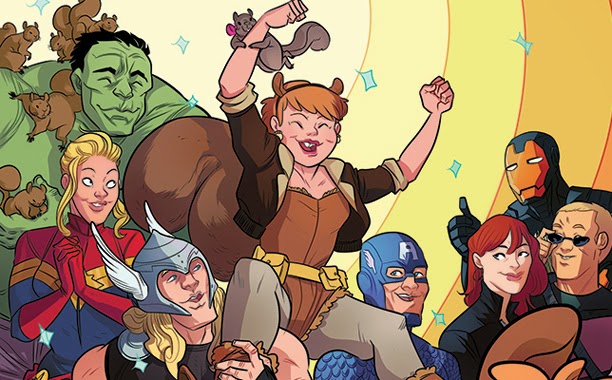 They don't call her 'unbeatable' for nothing. Here are the first images from Marvel's new run of Squirrel Girl. Issues featuring the diminutive Thanos-thrasher will hit the shelves this January.

While Squirrel Girl is getting a whole new place in the Marvel pantheon, the Fantastic Four aren't faring quite so well despite the latter being the source material for an upcoming film.

A beautiful, informative run down of the 16 cartoonists who changed the world.

File this one under Ideas That Will Make You Raise an Eyebrow: the classic adventure/puzzle game Myst is being made into a TV series.

The Jim Henson Company is apparently a very busy bee. Aside from producing an animated film titled Which Witch, the beloved muppet-makers will be releasing a Fraggle Rock movie as well as sequels to both The Dark Crystal and Labyrinth.

Speaking of sequels, it's not 100% official, but a follow-up to 1996's Independence Day may be in the works.

If you picked Lost in Space to be the next classic TV franchise to get a cinematic reboot then congratulations, you win!

George Clooney made his Comic Con debut on Thursday, during which he apologized for Batman and Robin.

While we're in a actors-who-played-superheros-confessional frame of mind, Ben Affleck regretted playing Daredevil.

Here are 25 years worth of Simpson's couch gags all at once:
Games

EA's NHL 15 is on the cusp of entering the European console gaming market and, in an effort to woo these new customers, EA hired a CERN researcher to model the physics of the pucks in the game.

It's dubbed 'the Crouch that Changed Assassin's Creed' (and took over 6 million lines of code to execute properly).

These are allegedly the 10 features that are sorely lacking in modern fighting games. Do you agree?

Our favorite billionaire entrepeneur and occasional would-be James Bond villain Elon Musk had a busy week. On Friday Musk's Tesla Motors debuted the Model D, a dual-motor all-wheel-drive electric powered sedan. Musk doubled up during the announcement and also spoke about the new features that will be available on the Model S, specifically those features that will allow the car to be semi-autonomous. <<goes back to saving up for a Tesla>>

Despite their unsettling name, these tentacle robots are predicted to be extremely useful during future space missions, particularly those involving planetary exploration.

The memory-resetting tool was one of the most enduring images from the Men in Black franchise, but could such technology ever be real? Researchers at UC Davis believe that they might have the answer to that question. 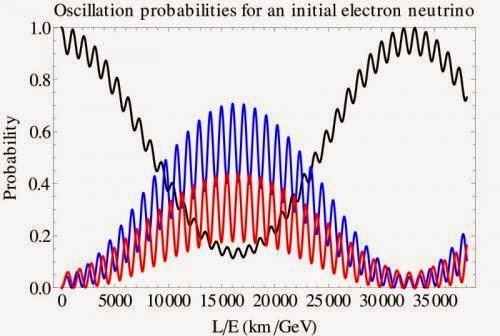 It's an issue that has stymied physicists for decades: Why are there far fewer neutrinos originating from the Sun than traditional models predict? Turns out, the answer may lie in 'fuzzy' quantum mass.

This is an incredible, terrifying first-person account of what it's like to have your aircraft (specifically the SR-71 Blackbird) break apart around you while traveling at speeds in excess of Mach 3.

Speaking of near-death experiences, this study conducted by researchers at the University of Southhampton may offer us new and highly detailed insight into that phenomenon.

Henchmen! by DFL Games is a fast-paced, easy-to-learn card game with plenty of tongue-in-cheek nostalgic appeal for those of us who grew up with Saturday morning cartoons in the 80s and 90s. Players have the option of working cooperatively or competitively (or a combination of both) in an effort to please Da Boss and hide from Super Jerk. The game is fun for gamers of all ages and is live on Kickstarter right now.

Senscape, the studio behind other acclaimed horror adventure games like Asylum, Scratches, and Serena is now aiming to bring you the Case of Charles Dexter Ward, the very first officially licensed video game based on the works of H.P. Lovecraft. The point-and-click adventure has already been greenlit on Steam and is in the midst of a Kickstarter campaign. If funded, the game will be available on Steam, iOS, and Linux.

One Night Ultimate Werewolf: Daybreak by Bezier Games may already have reached most of its crowdfunding goals, but you may still want to take a peek at this fast-paced, hidden-role party game, as the creators are guaranteeing delivery by the holidays!

Maybe you're in the mood for game that sparks your creativity. Perhaps take a look at Elegy for a Dead World, the fiction-drafting title for Steam, Linux, and iOS. Dejobaan Games invites players to travel to distant planets, partake in lush and stunning visuals, and chronicle their journey. The project has only 8 days remaining in its crowdfunding campaign and is <this> close to meeting its Kickstarter goals.