This little corner of the internet is not just a haven for all things geeky, but is a sounding board for the trends, behaviors, and undercurrents that influence nerd life as we know it. It's the stuff we experience almost every day, but rarely think about. Now, in the midst of a colossal uprising of nerd culture, our decisions and attitudes are helping to shape the future of geekiness as we know it.

Want to weigh in on these, or other topics we haven't covered yet? Head over to our G+ or Facebook pages and let your voice be heard!

A Question of Authenticity
Critical Convention Mass
Nerd Rage: The Double-Edged Sword
On Milestones
Once and Future Gamer
Once and Future Gamer Redux?
Plight of the Geek Girl?
Saying 'That Sucks' Isn't Enough
The 1UP of One-Upsmanship
The Late Blooming Geek
The Changing State of Nerd News
The Many Faces of Geeksploitation
What Makes a Nerd/Geek? 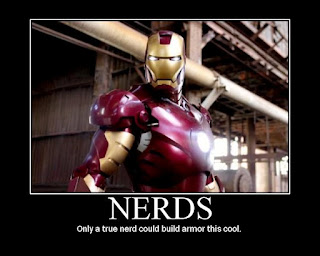