Inspiration for The Care and Feeding of Nerds sprang up out of a post-convention haze on the subway ride home from the last day of PAX East 2012. As in previous years, I'd had the good fortune to meet so many brilliant fellow nerds over the course of the preceding three days and honestly wanted to prolong the warm fuzzy feeling of the convention as best I could. Thinking back over the many conversations had over equally many demos (and hours spent waiting in line), I toyed with ways to keep that sense of camaraderie alive outside the dealer hall.

With that in mind, I carved out this little piece of the internets to be a digital haven for all things nerdy. It's the games, comics, books and movies that sustain us, the hobbies that fulfill us, the science that challenges us, and a smidgen of discourse about how all these related and fit together to form the Voltron that is being a Nerd/Geek at present. Bonus: there's sometimes literal food to accompany the metaphysical nourishment!

So, thank you for sharing in this text-based adventure. You're always welcome here.

Ok, ok. That's nice and all, but who are you? Who's actually writing all this and occasionally posting pictures of tasty nomnoms?

Oh, right. That'd be good to know huh? Here are the nerds behind the Care and Feeding of Nerds! 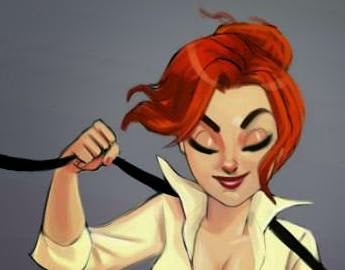 Kel
Founder, Editor-in-Chief, Contributing Author
Hi, I'm Kel. I'm a 30-something who hides a metric ton of geekery under a carefully cultivated professional veneer. Games, particularly board games, are my passion and I'm always eager to learn more about how a game goes from an idea to a playable reality. When I put the dice aside and hunker down with a video game, it's almost always on a PC. DC had a monopoly on my heart for ages but, given all that they've done to shoot themselves in the feet, I find myself leaning more and more towards Marvel. That being said, my favorite comic arc of all time is still Blackest Night. The fluid state of the various subcultures that make up Geekdom are both fascinating and personally meaningful, so you'll find a whole bunch of articles on here that explore the trends shaping those. I do math by day and play games/make costumes/read comics/cook all the yummy food by night. Since I'm woefully bereft of superpowers, this is probably as close as I'll get to having a secret identity. If you'd like to say hi, you can email me at [email protected]

GIR
Contributing Author, Gaming Information Robot
I've been told I have to introduce myself, but really all you need to know is that I've been programmed to play and review games to help you decide which games you should be spending your precious little free time playing. Sorry consoles, but this Secret HQ primarily uses a Windows PC and table tops. The PS3 is more of a Blu-ray player and the Xbox360 is basically an expensive paperweight. I'm not sure how often I'll be posting the results of my analysis, but I promise I will try to keep folks appraised of most new releases. That said, if you would like to see a review of a specific game, even if it's not recent, feel free to drop me a line here: [email protected] If I've played it, or can get it, I'll be happy to bombard you all with a post of my thoughts on the matter. 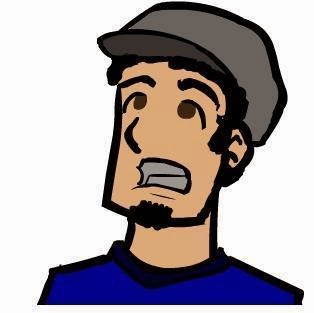 Elder Gias
Contributing Author
Elder Gias has been a gamer since the NES and has continued to game ever since. He is both a console and PC gamer, but lately there has been a heavier focus on PC. He is an avid fan of RPGs and Board/Card games, and has attended Gen Con and PAX East a number of times. He is not a professional writer/journalist; gaming is his hobby and passion so he decided to write reviews and impressions of his nerd lifestyle in the hopes to share his passion with fellow gamers and nerds. He is financially oriented, so he pays special attention to the cost/entertainment/time ratios that games and other nerd media provide in the hopes of saving people money. Whenever possible, he prefers co-op multiplayer games with friendly people. He is also philosophically minded and, in that respect, finds entertainment in approaching nerd media from perspectives few others consider as well as delving into the intricacies and difficult topics that rage on in nerd and gamer communities alike.


Want more? Head on over to our social media pages and say hi!