Posted by Kel
Good news guys. We have a new feature as part of this whole turning-the-blog-into-a-real-website business that’s been popping up over the past couple of weeks. One of the goals for this ongoing ‘transformation’ business was to produce more content on a weekly basis. To accomplish this, and just because he loves talking about games, the GIR is officially joining the Care and Feeding of Nerds as a contributing author. His game reviews will now be published under the heading ‘GiR by GIR’ (the first GiR being an abbreviation of Games in Review), and his existing posts have been edited to carry this heading as well. He’ll formally introduce himself to you in a separate entry to be published in the very near future. I’ll still be writing game reviews and commentaries as well; think of this as just getting more gaming goodness for your browsing buck. More writing for us and more fun stuff to read for you! Everybody wins! I’ll let the GIR take it from here. 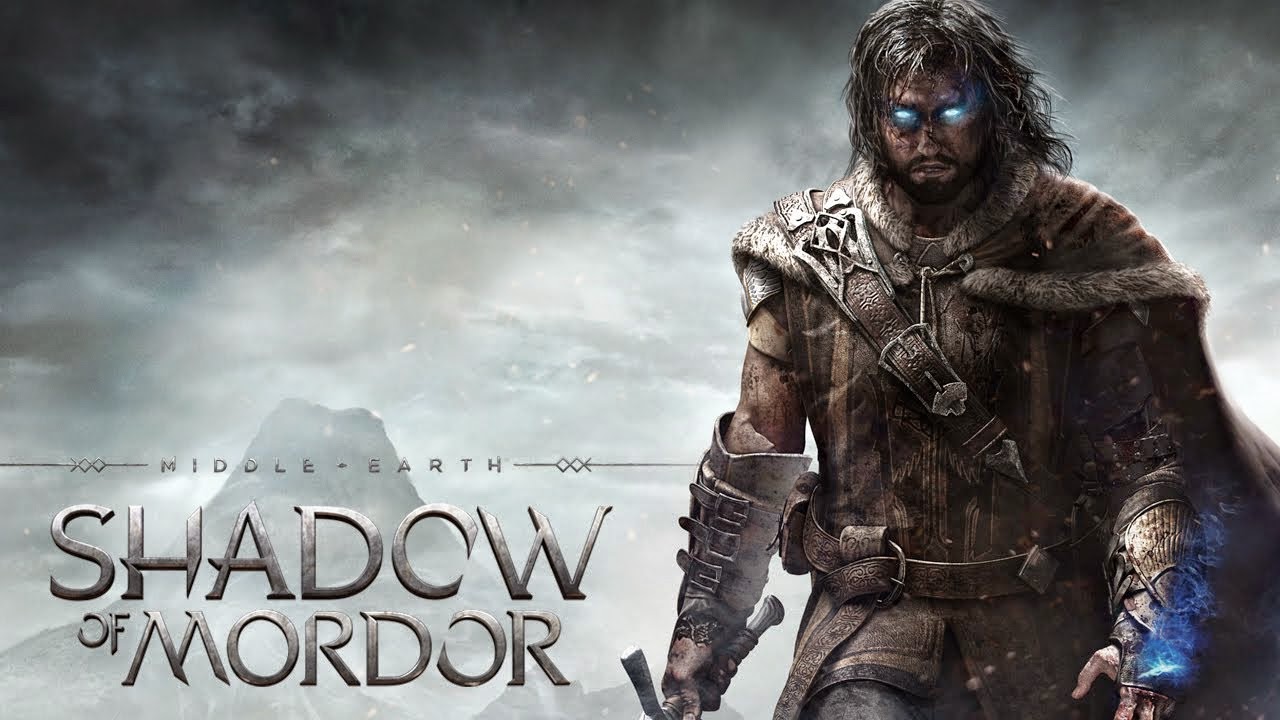 Middle Earth: Shadow of Mordor is Monolith Production’s newest take on gaming in Tolkien’s carefully crafted world and they have succeeded in setting a new standard for Open World adventure ARPGs, particularly those set in the realm of fantasy. This comes as a pleasant surprise, as I was a little wary heading into this title considering the quality of some of Monolith’s past titles, namely The Matrix Online and Tron 2.0. However, those missteps are a fairly long time gone and Monolith did manage some modest successes in the years since (like the FEAR franchise). It also helps that, as a pretty big fan of both books and films about Middle Earth, I’m already sold on the setting. That being said, I’m here to tell you though that even if you are a total stranger to these lands, you should still be giving strong consideration to picking up Shadow of Mordor because of the biggest trump card it brings to the table: the Nemesis System.


Before we get to that, since I'll will be spending the bulk of this review discussing it, let’s check off some basics. As noted, this is an open world along the lines of Grand Theft Auto, Watch Dogs, and Sleeping Dogs with the usual collectibles, side quests, and so on. This foundation is paired with typical ARPG combats that allow you to level up skills and gear. Incidentally, your initial set of equipment never changes (Bow, Sword, Dagger). However, Runes, a system of unlockable skills and abilities that you can add to gear, those base weapons are kept feeling fresh and powerful from the beginning to the end of the game. Stealth plays a considerable role and manifests in a manner similar to Assassin's Creed while combat tends to be combat-focused and will feel familiar to fans of the God of War and Batman’s Arkham franchises. If it seems like I’m glossing over some of these things it’s because the concept of open world ARPGs isn’t really new and, if that was all Shadow of Mordor had to offer, I wouldn’t have bothered reviewing it.  The crown Simarils, as it were (hey, I warned you I'm a Tolkien nerd) is the aforementioned Nemesis System. 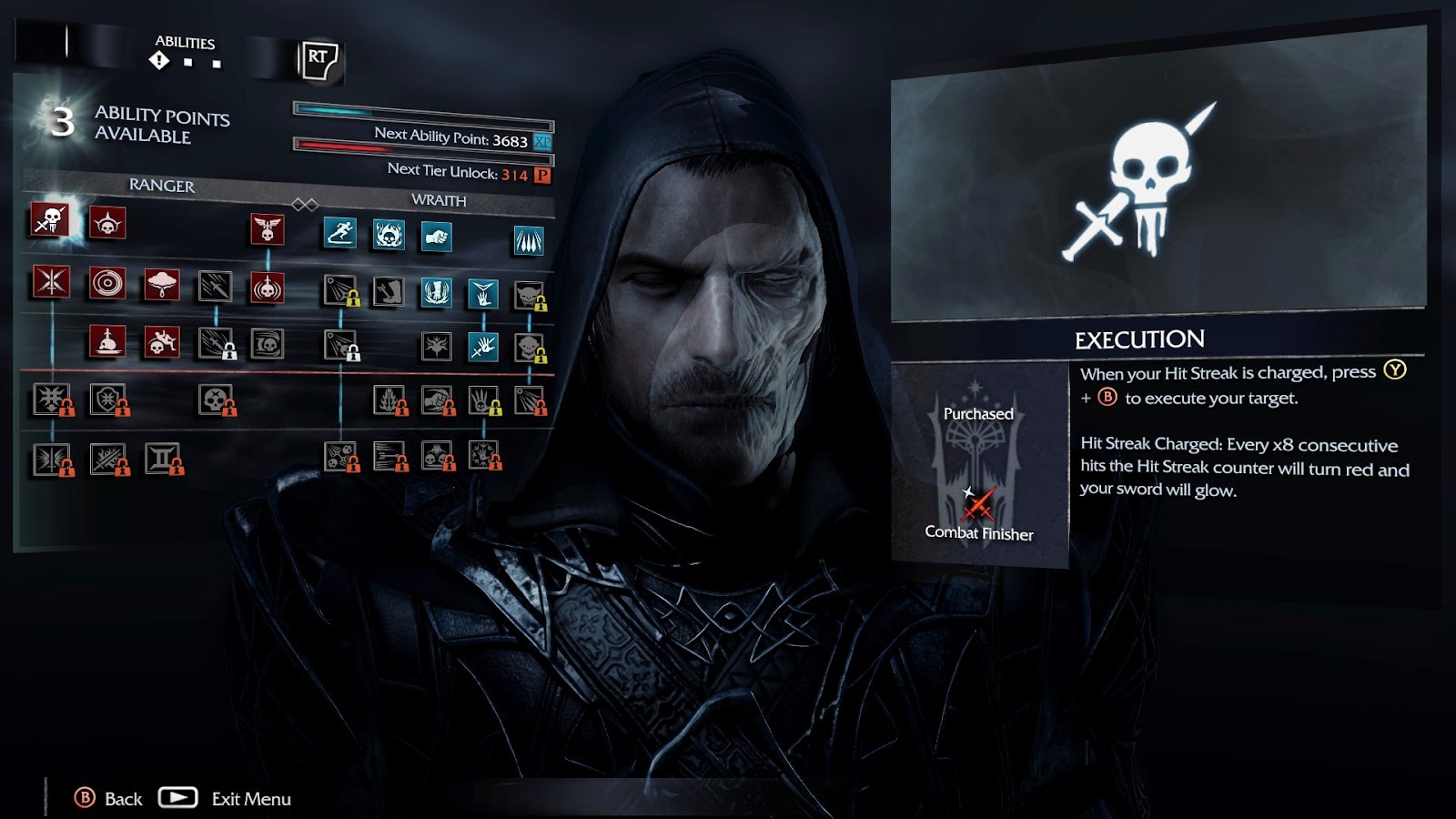 The game itself is set apparently sometime between The Hobbit and The Fellowship of the Ring. You play as Talion, a Ranger who guards the Black Gate. His position is overrun in the opening cinematic and *SPOILER ALERT* he dies along with his family and everyone else in the immediate vicinity only to become posthumously paired with a mysterious wraith. Are the purists done gnashing their teeth? I know it may sound absurd, but let’s not forget we’re here to play a game and so certain concessions have to be made plot-wise to wedge this bit of fun into such a well-established world.  I may be a fanboy but I’m also a gamer and, while I can’t deny Shadow suffers a bit in the lore department, if you can suspend your disbelief long enough to get to the top-quality gameplay I can promise you won’t be disappointed. That being said, Monolith is far from ignorant of the weight of the property they're working with. While the main story line acts to facilitate the core gameplay, the various side quests and collectibles are packed full of accurate bits of lore that relate and allude to the larger fiction itself.


But I digress. With his new-found wraith BFF in tow, Talion sets out on a quest for revenge and this is where the game truly shines. As you make your way through the world it evolves and changes with or without you.  See, the Uruk-hai and goblins don’t just sit around waiting to be victims of Talion’s revenge, but have lives and goals all their own. They struggle for power, infamy, and glory amongst themselves. Each encounter you have with them and all adversaries you face will alter how the narrative progresses. I don’t simply mean that you if go left versus right you'll end up in either crags or open plains. Rather, each time you come in conflict with a particular Uruk if you die and fail he will remember and make sure you don’t forget, taunting you repeatedly. Maybe his vanquishing you resulted in his promotion and now has more powerful bodyguards protecting him the next time you cross blades. But what if HE was the one who didn’t survive, you ask?  Well then maybe the power vacuum you created, the resulting gap in the chain of command, has allowed some enterprising upstart get a promotion. This new commander recognizes the source of his good fortune and is grateful to you. Consequently, he can then be turned to your cause and against his own kind. These sorts of events aren’t entirely scripted. Some certainly are, but the vast majority seems to emerge out of simply wandering, exploring the map, and interacting with the NPCs you happen across.

Perhaps an example from my own time harrying the Uruk forces will help illustrate.

I somewhat casually engaged a patrol of Uruk in order to free some human slaves. Things were fine at first as I cleaved my way through the enemy ranks, but soon the noise of battle and the piles of corpses drew unwanted attention in the form of a pack of Caragors and additional Uruk patrols.  Things were quickly spiraling out of hand as the Caragors didn’t discriminate who they mauled and ranged units launched spears and arrows liberally into the melee with the mentality of, "Kill ‘em all and let Sauron sort em out". The damage was starting to add up and, as much as I hated to admit it, it was time to flee; discretion is the better part of valor and all that. There was just one small thing I had overlooked during my escape plan: the possibility that an Uruk Captain I thought I had killed earlier, Zathra the Savage, would chose that exact moment to show up and settle our old score (namely that I had dropped a laundry basket-sized wasp's nest on his head, cut off most of his face, shoved him into a fire pit, and left him for dead maybe 30 minutes prior). As we locked blades, he swore this time I’d be the one who lost his head, but it was in that moment that  previously unnamed Uruk scout would seize this opportunity to kill-steal and shot me in the back of the head. Zathra gets a promotion, nameless goon gets both a name and a promotion (to an even higher rank than Zathra), and I got to die. 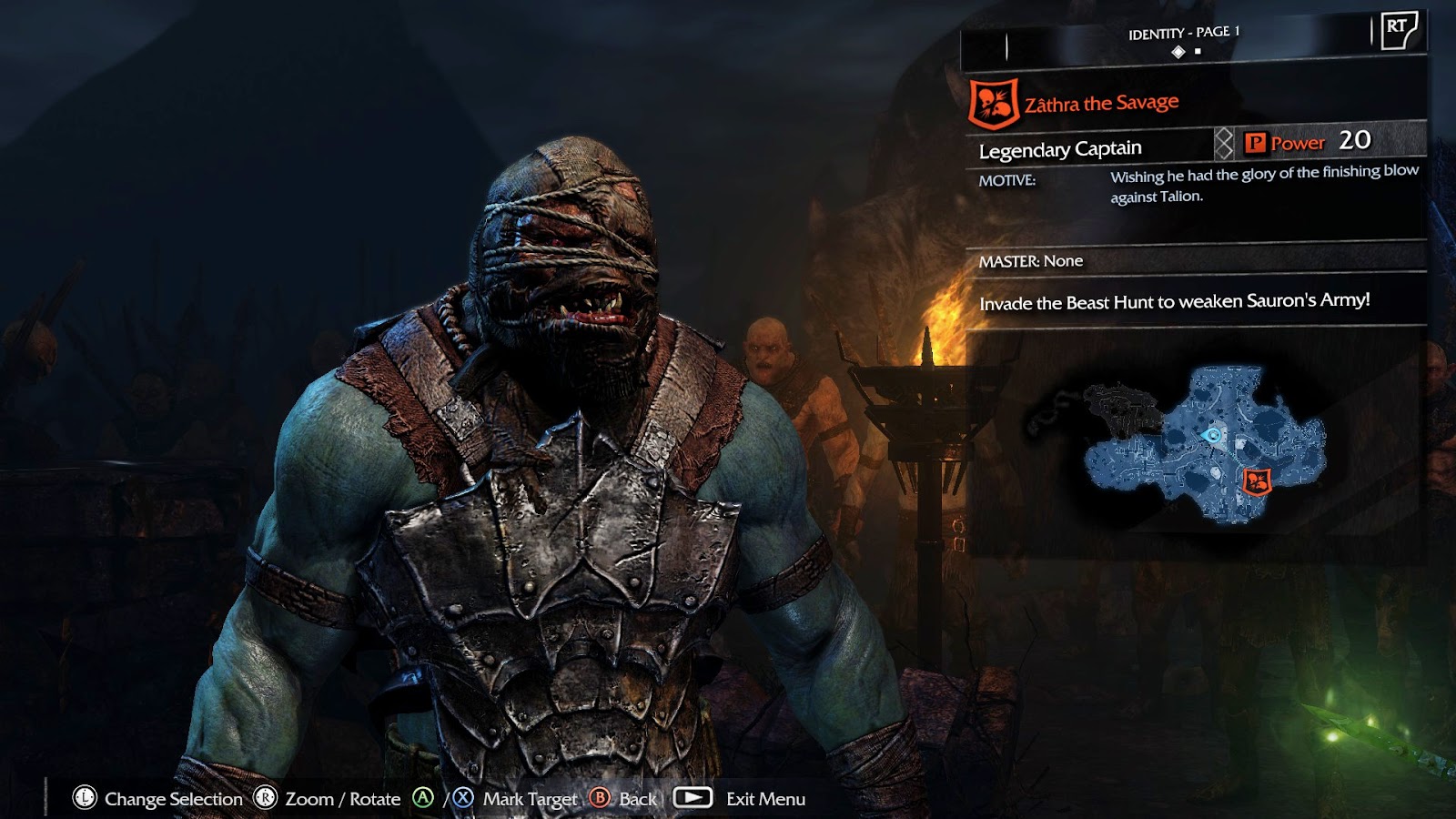 The interesting thing here is that Zathra and I had a history and the Uruk Formerly known as No-Name just stole his glory – and the game accounted for it. From that point on Zathra has a new motivation borne from his frustration at home landing the killing blow on me and this blossomed into a power struggle between him and No-Name. While I haven’t done so yet, it seems that Zathra might be open to the idea of helping me overthrow No-Name so that he can take his rightful place as chief and, in turn, get the honor and glory of killing me himself at a later date. That was the moment where I realized Monolith might just have introduced a new system as revolutionary as the games whose mechanics it had so liberally been pulling from. This was a level of emergent gameplay and relationship-building I have never seen in an action adventure game before. This wasn’t a scripted story and this wasn’t a pre-generated plot based villain. As a result I in fact found myself extremely engaged in the developing and ongoing drama I had with each of these specific Uruk Captains than I was in the main quest line. That’s not to say the main story arc is bad, but, rather, is a testament to just how powerful these little personal dynamic story arcs are. 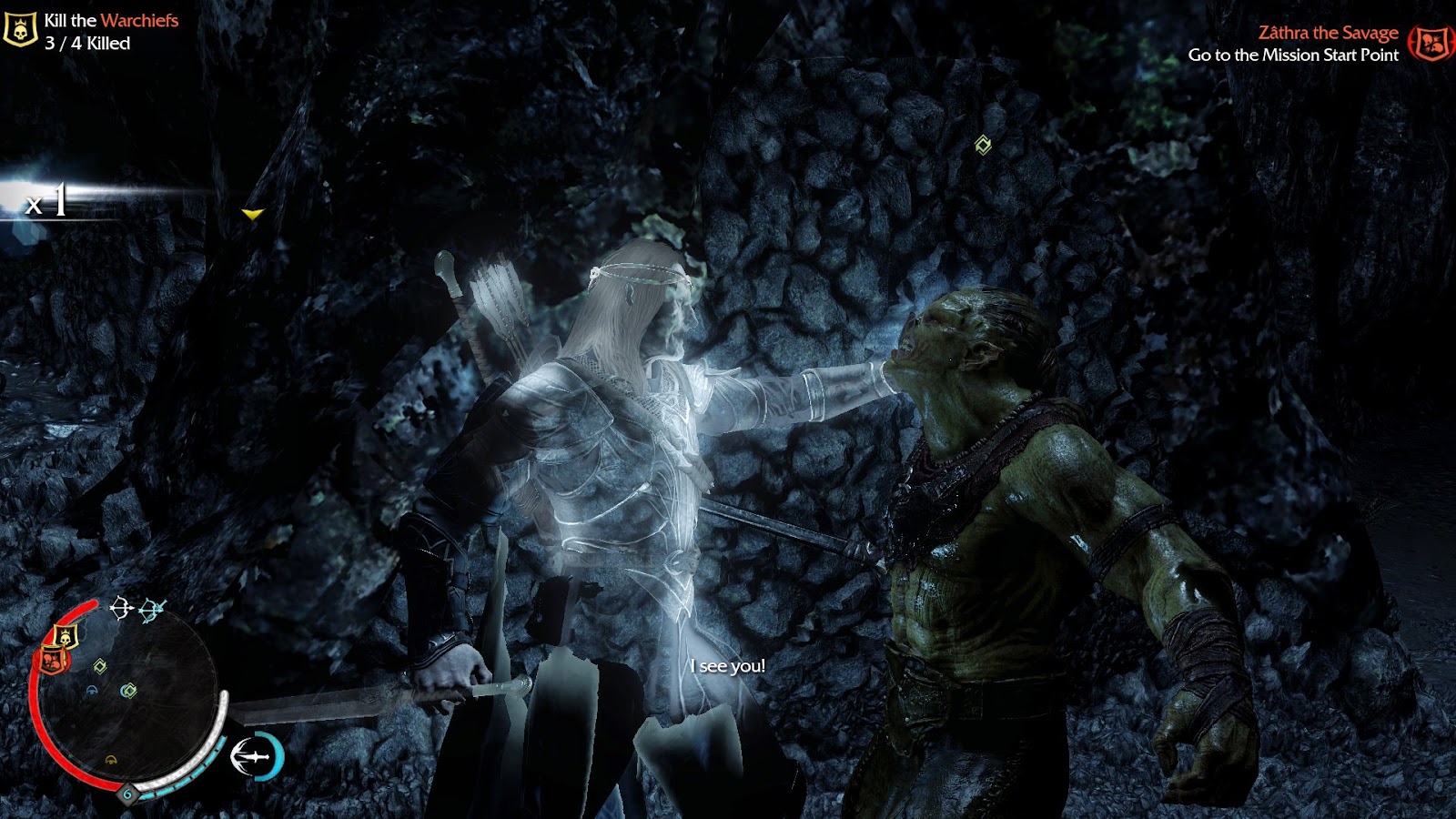 The game seems to have a pretty steep learning curve if you aren’t already familiar with things like Batman’s Arkham or Assassin's Creed style systems. Some folks have complained about the finicky parkour/wall climbing aspects, but these individuals can’t provide examples of where it’s been done better. The level of difficulty, combined with almost too little direction in such a massive sandbox, as well as lack of accessibility mechanics-wise may turn some folks off, but if you can stick it out there is mighty fun to be had here and heaping amounts of content. That last point is particularly refreshing considering how short some AAA titles can be these days. If you do find yourself having difficulty perhaps this beginner's guide, courtesy of Game Informer, will help. 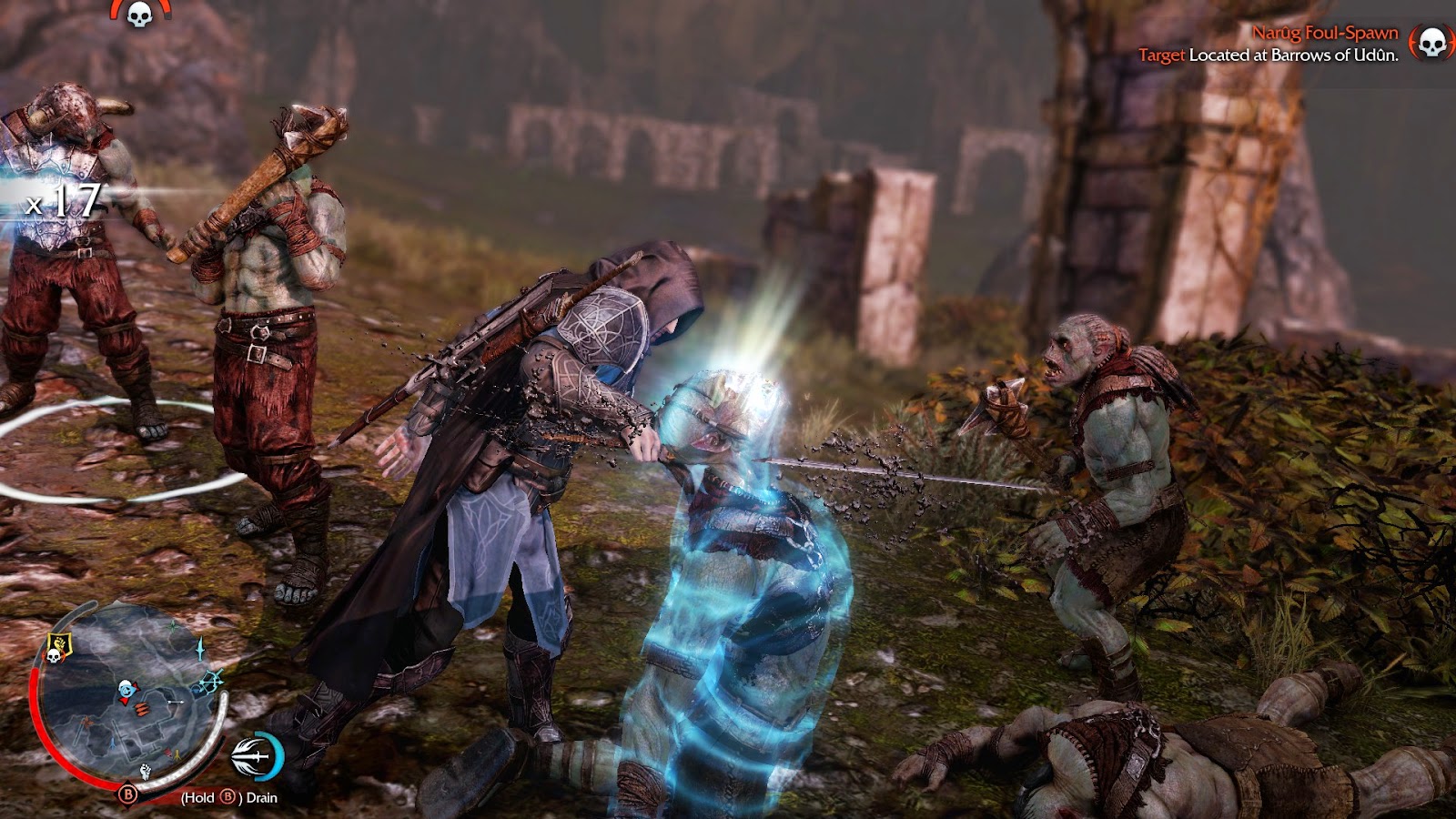 Shadow of Mordor provides a solid bedrock on which I hope a full franchise and not just DLC can be built. I’m sure there are more stories that can be told about Middle Earth that aren’t rooted in the films and I would love to experience them using the formula Monolith has presented here. Again, I cannot stress enough how excellent the Nemesis System is. I strongly recommend picking this title up at your earliest opportunity.


Middle Earth: Shadow of Mordor was reviewed on a Windows PC using a gamepad controller.  It’s Rated M for Mature and is out now for PCs on Steam for $49.99 USD for the base game with optional season pass content for an additional $24.99 USD. The game is also available for Xbox One and PS4.