Posted by Kel
A couple weeks ago we were first introduced to Elder Gias as he began his digital trek through his prodigious Steam backlog. Today we have another entry from said backlog slog so I'll let Elder Gias take it from here.

There are many paths to a good game. This game found its path by taking a realistic approach to an intriguing story. The Last Express (Gold Edition) is Jordan Mechner's classic 1997 point-and-click adventure game that has been brought to modern gamers by DotEmu and is currently available on Steam.


You take the role of a man on the run seeking escape by jumping aboard a moving train to meet up with an old friend who agreed to help you out. As hectic as your life already is at the start of the game, things quickly spin out of control as the train you recently grappled aboard, the elegant Orient Express, is rife with murder and intrigue.  The game has its issues, but the atmosphere is more than enough to make up for the technical difficulties. 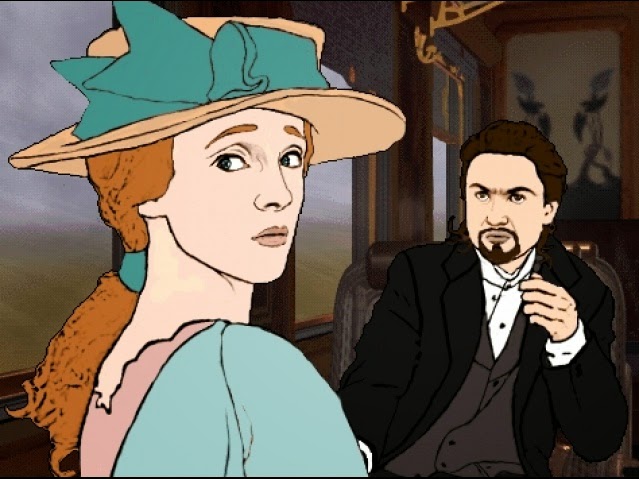 What really makes the Last Express different from similar point and click adventures is that the world is both persistent and fluid. Passengers on the train walk around, go to dinner, and have conversations.  These actions are not governed by player action most of the time but, rather, are governed by the time of day in game, which passes while you play. This means that, at any given time, passengers will be in different areas of the train doing different things, most of which could be completely missed by the player. If you choose to stay in the dining car to overhear the conversation of the couple across the aisle, then you might be missing another conversation taking place simultaneously in the smoking lounge. The conversations are not vital to progressing through the story, but they can give you helpful insight into the intrigue going on around you.  The conversations also do a terrific job of making the in-game world feel more real. In most games you can gather similar information by approaching various NPCs; those NPCs will have the same conversations over and over, or will only deliver their scripted information when you are within listening range. The Last Express requires that you make a decision as to which conversation you listen to and which you might be missing. It is frustrating that you might be missing interesting bits in the lives of the people around you, but it does make the world feel significantly more real.  It also adds to replay-ability to see what you might have missed the first time.

The aesthetic of the game is achieved via well-executed rotoscoping, so the animated characters’ movements and expressions are derived directly from live actors. This gives much more life to the characters than pure animation. It also makes it much easier to discern body language and facial expression than a similar game of the era would allow.  Additionally, the voice actors did a superb job, and their inflections and mannerisms do the characters and the story justice. Of special note is when one character of high social standing goes from rage into civility when he remembers his manners.  Most voice actors would come off sounding insincere in their anger, but this scene is performed wonderfully.   The train itself is beautifully decorated as is befitting of the circa 1914 Orient Express. The musical score exquisitely complements the visuals.  All of this together achieves the glorious effect of setting a realistic and believable world in which the player can immerse, should he or she allow immersion to occur.

The Last Express takes an interesting approach to its time mechanic. As mentioned above, time progresses throughout your play through but, at any given point, you can rewind the clock and go back to any previous checkpoint. If you feel that you missed something important or did an action you want to undo, you can rewind time and re-choose your actions, though you will be stuck replaying from that time onward if you play past the next checkpoint. Don’t feel that this mechanic is unfair and should not be used, because at times it will be used on your behalf when you die. 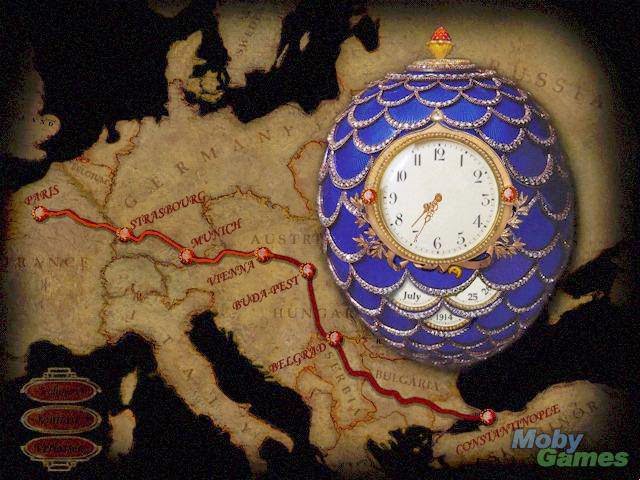 On occasion you will find yourself in a fight.  Unfortunately, the controls will seem clunky and odd if you’re not accustomed to playing games from that era, so death is rather inevitable in a fight the first several times you encounter one. Fortunately for you, time is rewound and you can start your fight over.  The fights themselves are simple quick time events, but they are rather unforgiving in their composition. 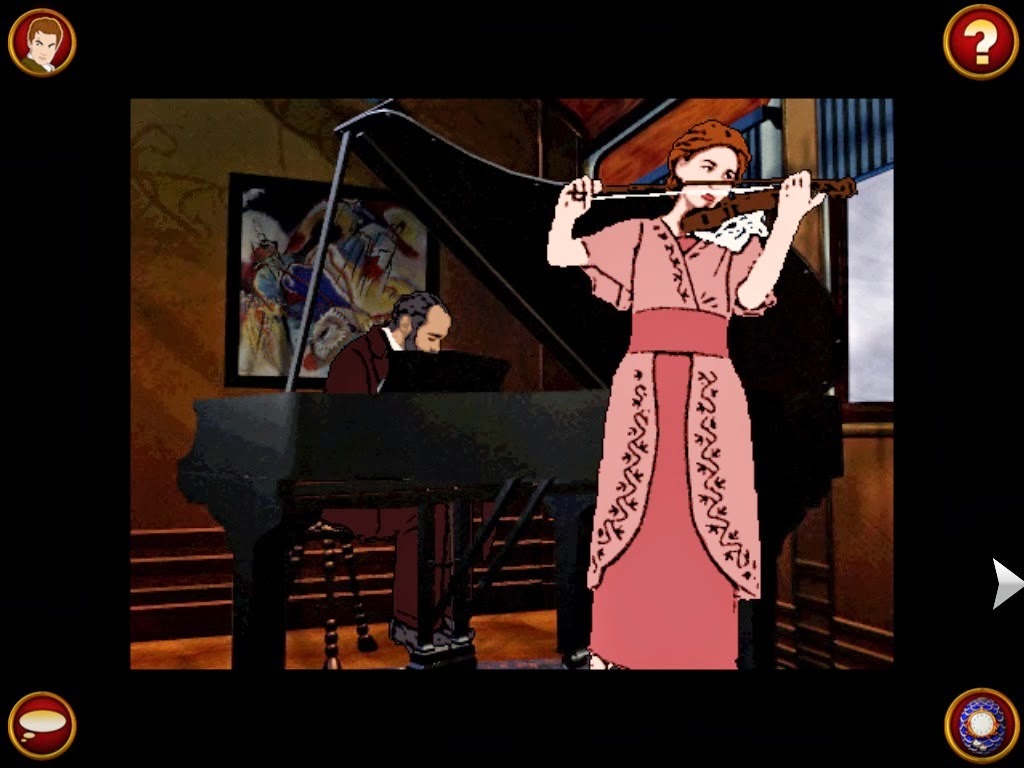 Another interesting note regarding the time system is that there are multiple endings, with some ending being better than others. There is only one “good” ending in which you get closure and each “bad” ending you get prompts you to go back and make a different decision or decisions. Being able to rewind the clock to make different selections allows you to experience the various potentialities of the story. Correspondingly, your choices in this game are not incidental; they have lasting consequences unless you go back and change them. Did you hide a dead body in a fold out bed? Well you better make sure the steward doesn’t come in to turn down the bed for you. Need to get past a conductor that has a bit too watchful of an eye? I bet a dog running loose on the train would be enough to distract him. Or maybe another passenger talking to the conductor will be enough. You need to wait and watch for the right opportunities or create the right opportunities yourself. That is the beauty of The Last Express: it is not a static world with static ways to solve problems, it is world in which time is moving forward, people are living, and you have to solve your problems given the dynamic nature of that world.

This does lead to the occasional headache where you know where you need to go, but there is someone obstinately blocking you and you need to wait for just the right opportunity to get past.  Many modern gamers are not accustomed to waiting, so this could be a sticking point for players. Thankfully, there are occasionally solutions to the same problem to be found elsewhere if you take the time to look, but that is not always the case.

My main concern with the game was its inelegant controls. For example, I found that if I clicked down a hallway three times rapidly that, rather than move me down the hall three times, the game would send me sprinting to the end of the hall and into the next car until I clicked to stop. The quick time events in the fight scenes gave little prompting as to how I was supposed to interact with my attacker even less time to figure it out.  Furthermore, after rewinding time one cannot use the clock/map option without reverting time again until a new checkpoint is reached. All of these are annoying, but largely forgivable due to the age and porting of the game. You don’t play the Last Express for the fights. You play this game for the story and atmosphere, and you get a lot of each.

The only bit of the actual game (discounting the controls) that gave me much difficulty was when I was looking for a particularly well-hidden object which I could not find. I knew in which room the object was supposed to be found but, after searching high and low, I could not find it. There is a hint system in the game which is very useful for when you find yourself similarly stuck but, in this instance, the hints only confirmed that I needed to search the room I was already searching. All of the environments of this game are rendered in the same style, so do not expect interactable objects to stand out.  After a while of repeated searching I dejectedly turned to a walkthrough for help. I was justified in doing so when it showed me just how incredibly well-hidden the object I was searching for was.  However, there was only one instance that severe. There are other concealed things you need to find (depending on your objectives) but they are not quite as obscured.

There are a few other minor technical issues I should mention.  It is important to actually select a save slot when you have started a game, otherwise your game does not save itself regularly. The game cannot be played in borderless full-screen, which is how I like to play most of my games. Any time you click or tab away from the game screen the game pauses and minimizes. The tutorial and gameplay icons did not appear on screen when I first started the game and I had to pause the game and resume the game for them to appear. On occasion, your movement arrow will point in the wrong direction even though you are placing it on the right portion of the screen to move in your desired direction.

My only complaint story-wise (aside from that pesky hidden object) was that you are thrown into the game knowing just about nothing of what happened to you up until the start of the game.  If you look around your compartment you will find a newspaper clipping that should help shed a little light on your past as well as an item in your inventory that will do so as well.  However, it is quite possible that the game makers wanted you to feel unsure, lost, and afraid. Given the situation your character is in (which you can piece together while playing) it is understandable that you are a bit disoriented.

Despite the technical issues and minor interaction related issues, the game is very enjoyable.  The story is grabbing, that atmosphere is engrossing, and the other characters are alive and breathing.  These all together make for a rich and rewarding game, and make the desire to solve the mysteries even stronger.

I think the game is worth $10 - $15 in entertainment value, so considering that the game costs $6.99, it is certainly worth a buy.  The game has Steam cards and achievements (though one of the achievements is very time consuming in requiring you to experience all of the possible failure scenarios).  I reached the “good” ending in about 4.5 hours and got all but 1 of the achievements in another 1.5 hours.


Recommendation: Medium level - If you are a fan of point and click adventures and mysteries, are okay with a languid pace of gameplay at times, and can overlook the interface issues, then this game is for you.