Posted by Kel
Happy 2015! Wow, it seems like we were just marveling in the new shininess of 2014 (or 2013 for that matter) and somehow we're already in Back to the Future territory. I don't know about you guys, but I get a kick out of comparing the cinematic predictions of the late 80s-early 90s once the dates featured in the films actually roll around. And hey, we may actually get hoverboards! 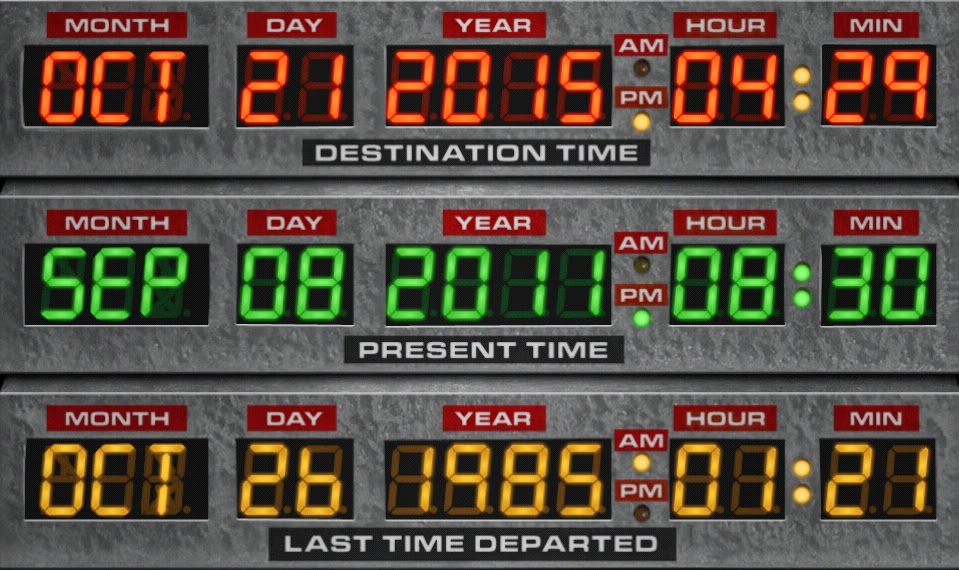 While we wait for this potentially excellent way to commute, we can distract ourselves with other goodness that's a bit more likely to make an appearance this year. As in previous years, all of the forecasted awesome presented below is divided by media type. Projects and titles are included in this post only if they have at least a specified month for their release. There's none of this vague "sometime in late 2015 business." So if you look below and don't see a certain game or movie, it may be because that project doesn't have a release date yet.

Before we tackle individual titles, there'll be some (hopefully) fun new goodness right here on the Care and Feeding of Nerds in 2015.

New Site Stuff in 2015 (and some old, but still exciting stuff)!

First up, there will be at least 2 contests between now and March. We won't disclose the details of the contests just yet, but the prizes for these will be a copy of XCOM: the Board Game and Star Wars: Armada respectively. Stay tuned for these!

Speaking of board games, we're very pleased to announce that we've become the official media partner of the Game Makers Guild. This should translate into more reviews and more Developer Dialogues among other things. All the board games! (Important Note: you definitely don't have to be a member of the Guild to take advantage of our Playtesting Lab!)

We're in the very early stages of this, but we're in the process of building what we hope will become a video channel on YouTube. We're hoping to feature gameplay of various board games, tutorials on costume components and recipes, and, just maybe, some fantastically snarky video game play from the GIR and Elder Gias. This whole process is very new to the three of us, so we'll see how this goes.

The Care and Feeding of Nerds will have a presence at at least three different conventions in 2015: PAX East, Gen Con, and Boston FIG. At the very least, we'll be giving you live coverage from the floor of each of these. More details for each convention will be forthcoming!

There'll also be plenty of new reviews, recipes, tutorials and general musing. As always, feel free to give us a shout if there's something you'd like to see or if you have any other feedback about what we're doing.

2014 was chock full of gargantuan changes for a number of major comic franchises and, if all goes accordingly, we should continue to see plenty of new comic material as a result of these changes.

Thor #4 is slated to hit shelves on January 28 and promises some serious Thor versus Thor action!

Marvel took over the licenses for all Star Wars related titles today and their first act of publishing business is to release the remastered graphic novel versions of the screenplays for the original trilogy. A New Hope is already at your local comic shop and Empire will be available in March.

DC, still trying to play catch-up, is banking heavily on the success of the all-digital Batman prequel series, Batman: Arkham Knight. The comic will be available for purchase in February and a companion video game by Rocksteady Studios and Interactive Entertainment will go on sale on June 2.

Most regular series make their mid-season return in January after ceding their timeslots to various holiday specials. A handful of new shows are slated to premiere at the cusp of the new year as well. The release dates listed below are guaranteed only for U.S. audiences. Dates and times may vary based on your utility provider.
Agent Carter - Tuesday, January 6.
Archer - Thursday, January 8.
12 Monkeys - Friday, January 16.
The Musketeers - Saturday, January 17.
The Walking Dead - Sunday, February 8.
Better Call Saul - Sunday, February 8.
Vikings - Thursday, February 19.
Once Upon A Time - Sunday, March 1.
Marvel's Agents of S.H.I.E.L.D. - Tuesday, March 3.
Outlander- Saturday, April 4.


Season 6 of the Venture Bros. can't be included in the above because it still has no definite release date but, if last year's teaser trailer is to be believed, we should be getting this as well sometime this year. <<shakes fist>>
Movies


2015 will follow in the footsteps of the past few years and have its fair share of sequels, prequels, and reboots, but those will take on a slightly different format this year. We're slated to get quite a few very-long-haul sequels (set in real-time decades after their predecessor films), as well as installations of established franchises that aim to present alternate vantages and timelines. Also, STAR WARS!


Most board games publish with quarterly guidance (i.e. 'sometime in 1Q15'), and releases usually coincide with the major board game conventions. However, we are slated to get a not-insignificant number of games that we first laid our eyes on during Gen Con 2014 in the next few months. Also, quite a few games do have finite release dates. A comprehensive list of the latter can be found here.

Game Informer has put together this excellent listing of those video games with confirmed release dates that we'll be seeing in 2015.

Looks like we're in for all sorts of awesome! Here's to a happy and healthy 2015!