Posted by Kel
If this post comes out with a misspelling or two, those can almost certainly be attributed to the fact that it was written from beneath a half dozen layers of sweaters/blankets and at least one pair of gloves. Ok, I’m not actually quite so bundled up, but it’s pretty darn brisk out there right now. January has announced itself with a mighty cold snap. Temperatures in the city have managed to creep up to 20 degrees (-6.67 degrees Celsius), but we’re preparing for them to drop down to -4 (-20 degrees Celsius) as the day goes on and this looks to be the base case until this upcoming weekend. Woo winter in New England! (cue our Canadian readers laughing at our version of ‘cold’)

Aside from thermal armor formed from layers of sweaters, there are plenty of other solid defenses against the wiles of winter. Foremost amongst these is spellbook’s worth of solid recipes that will warm you from the inside out. We talked about one of these a little while back and today I’ll share another recipe that’s low on effort but huge on flavor (also, wrapping your hands around the sides of a full soup bowl is an excellent way to warm up).

This is a hearty, heavy soup that, when accompanied by your favorite crunchy bread, can easily stand as a meal. While you can certainly follow the steps below and get a tasty result, I’ve found that if you make the soup in the morning or even the night before and leave it in a crockpot on a low setting until it's time to serve (or, alternatively, have it sit over the lowest heat on your stove for a couple hours before serving) and you’ll get an even deeper and richer flavor. 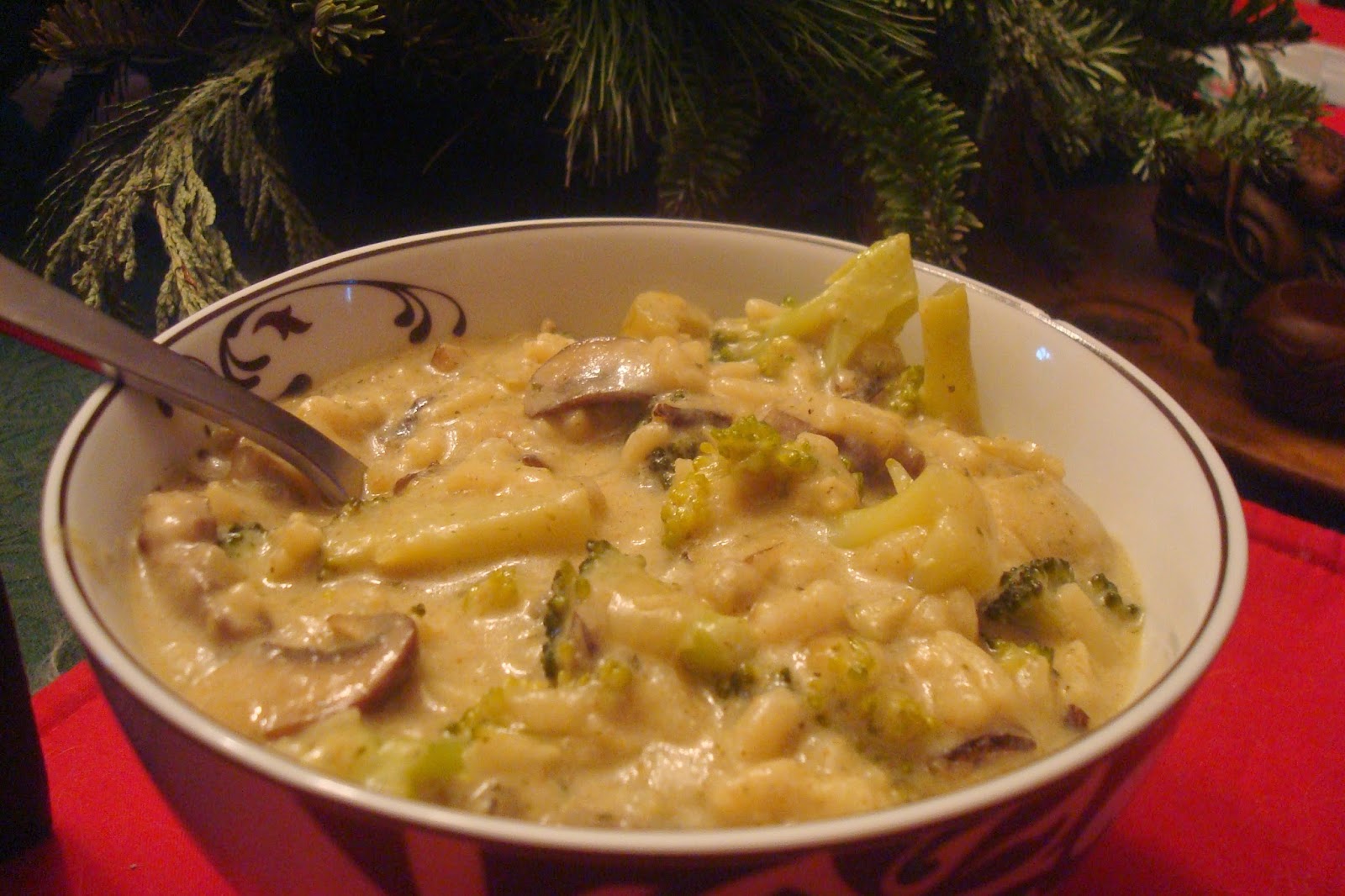 Difficulty: Easy
Availability of Ingredients: Somewhat Common
Gadgetry: Optional
Feeds: 6-10 nerds
Time Till Noms: 60-85 minutes, but the last 15-20 minutes of that are passive. (Note, as mentioned above, leaving the soup to sit for several hours is the real secret ingredient)
Required Equipment: A large pot, a smaller pot, a cutting board, a sharp knife, measuring cups, measuring spoons.
Optional Equipment: A slow cooker/crockpot 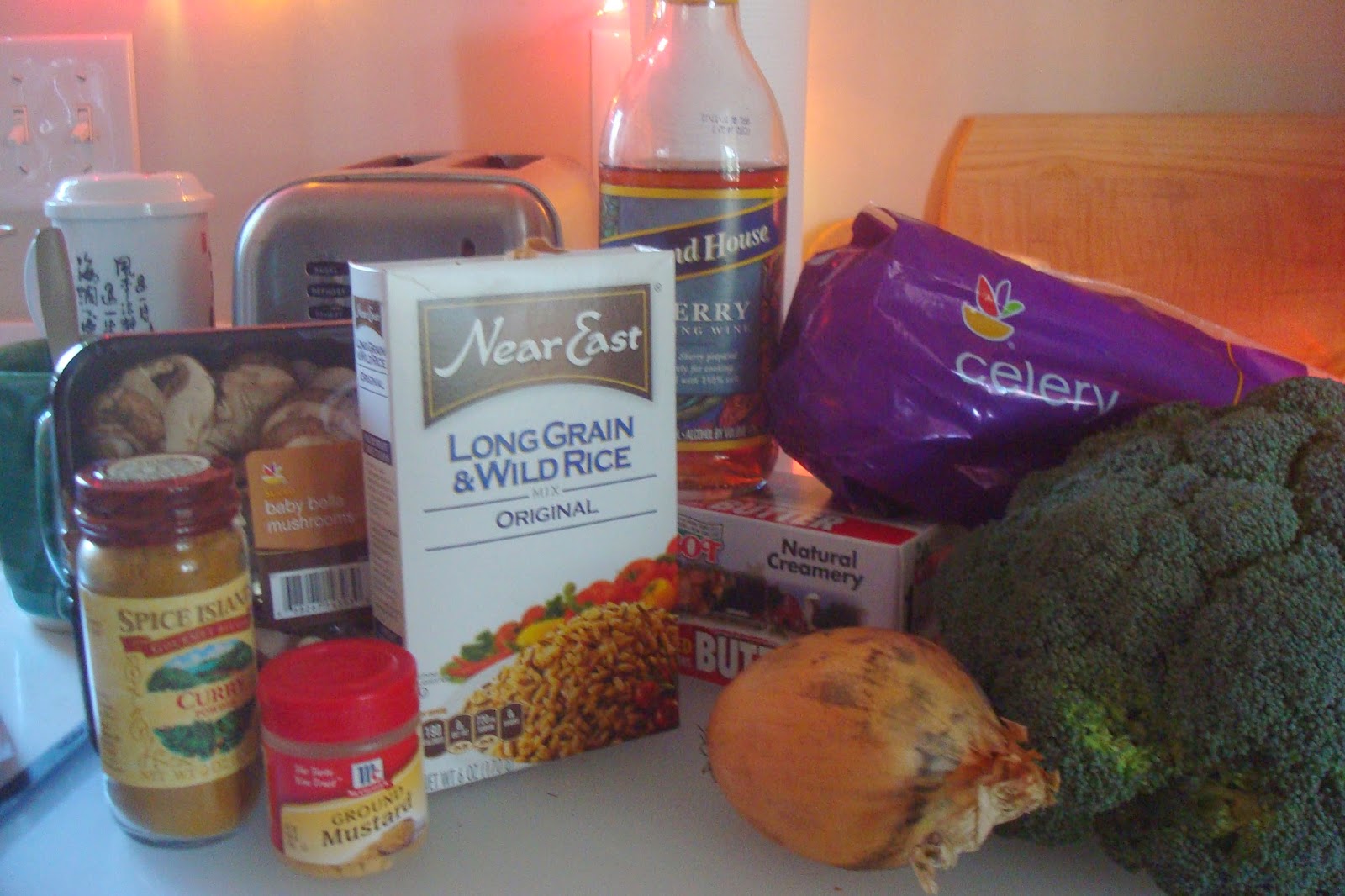 Step 1: Cook the wild rice according to the instructions on the bag/box.

Step 2: While the rice is cooking, chop the onion and celery into small (0.25-0.50 inch; 0.64-1.27cm) pieces, then chop your mushrooms/broccoli into bite-sized pieces. Unlike the butternut squash soup we featured a while back, this soup does not get pureed at the end so you want your vegetables to start at a good bite size for easy spoonability.

Step 3: Add the butter to your large pot and bring the burner to a medium heat. Once the butter has completely melted, add the onion and celery. Saute these in the butter until they turn translucent. If you are using mushrooms, add them to the pot when there’s just a bit of color left in the celery. 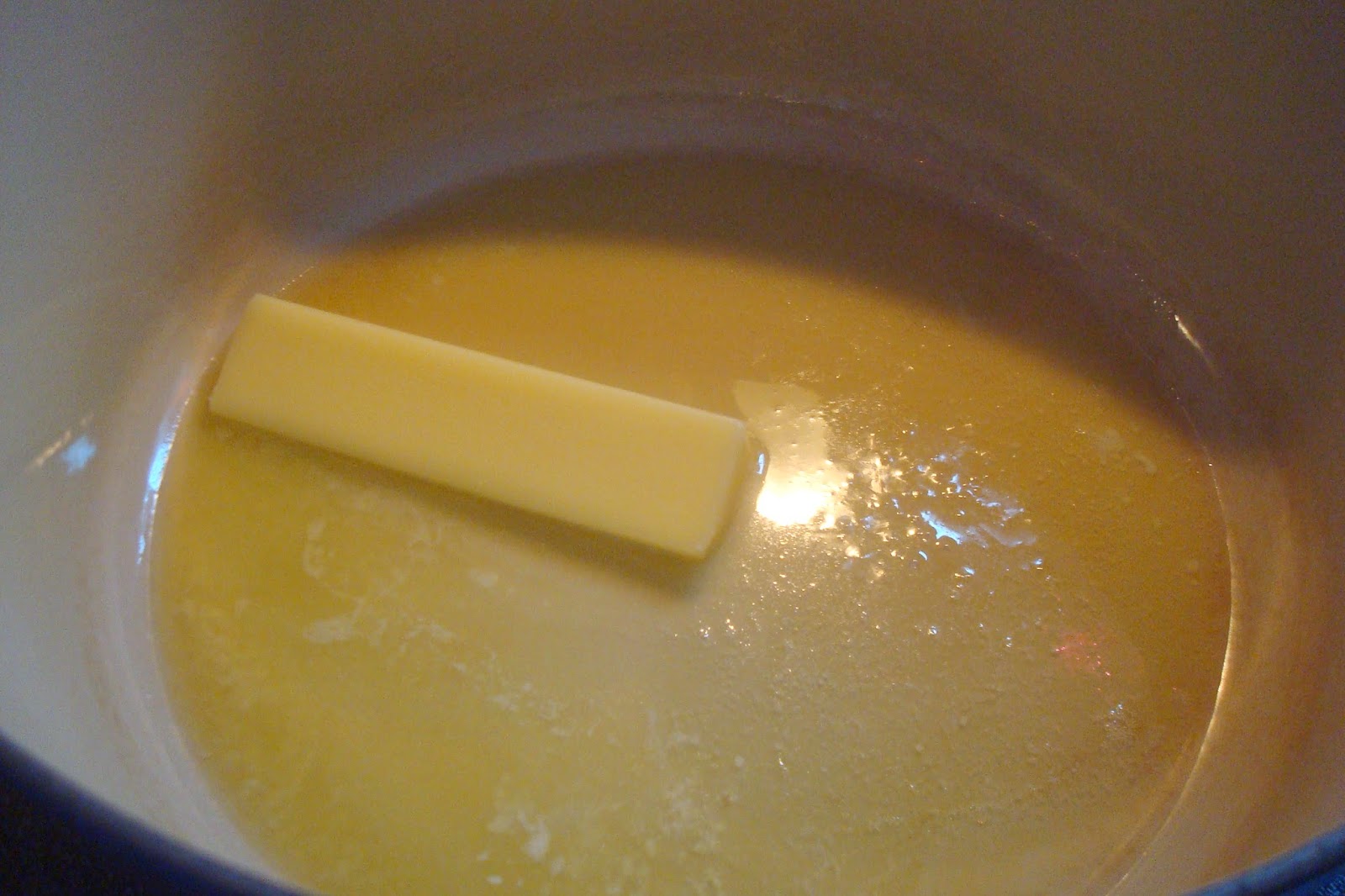 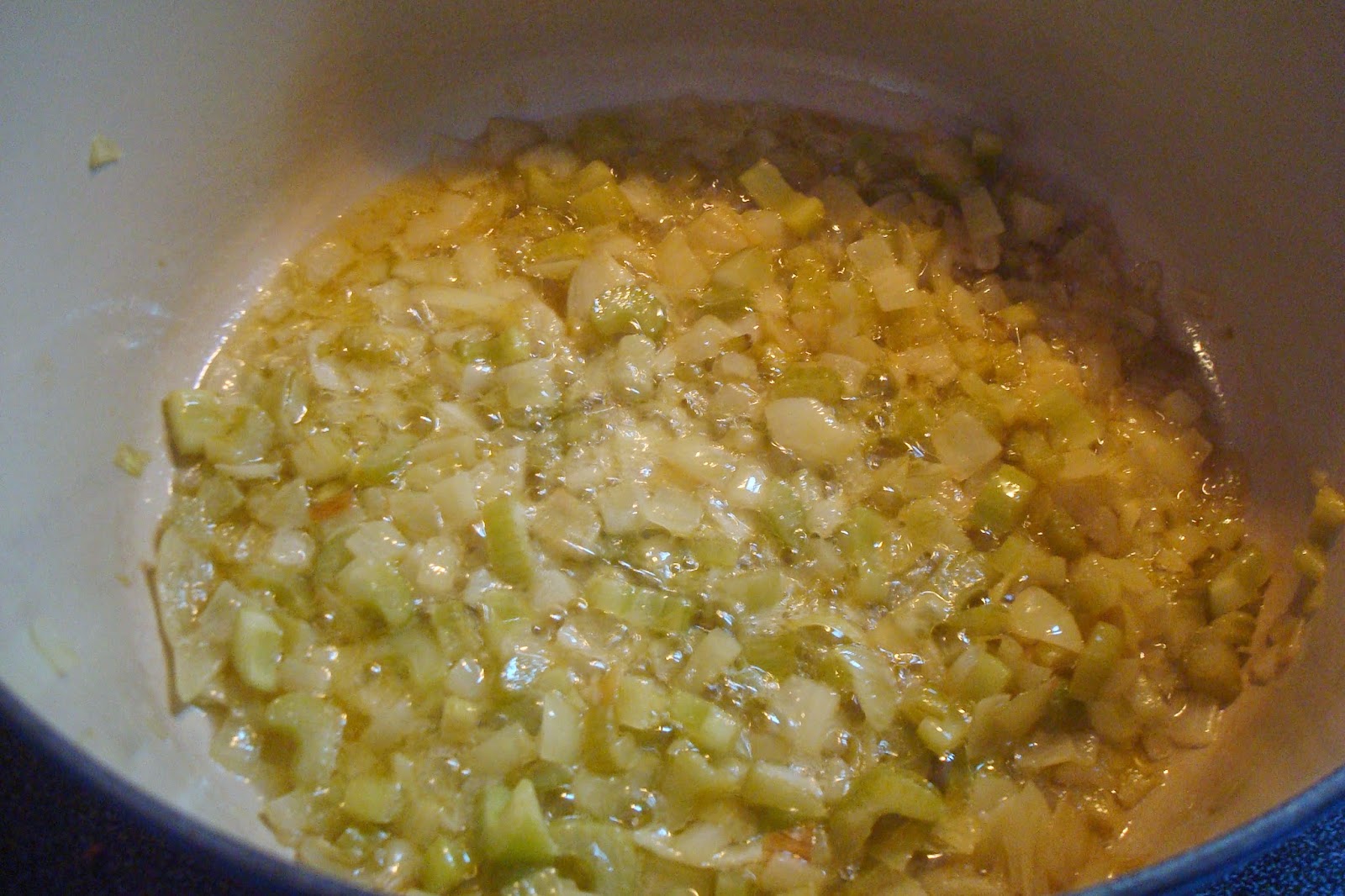 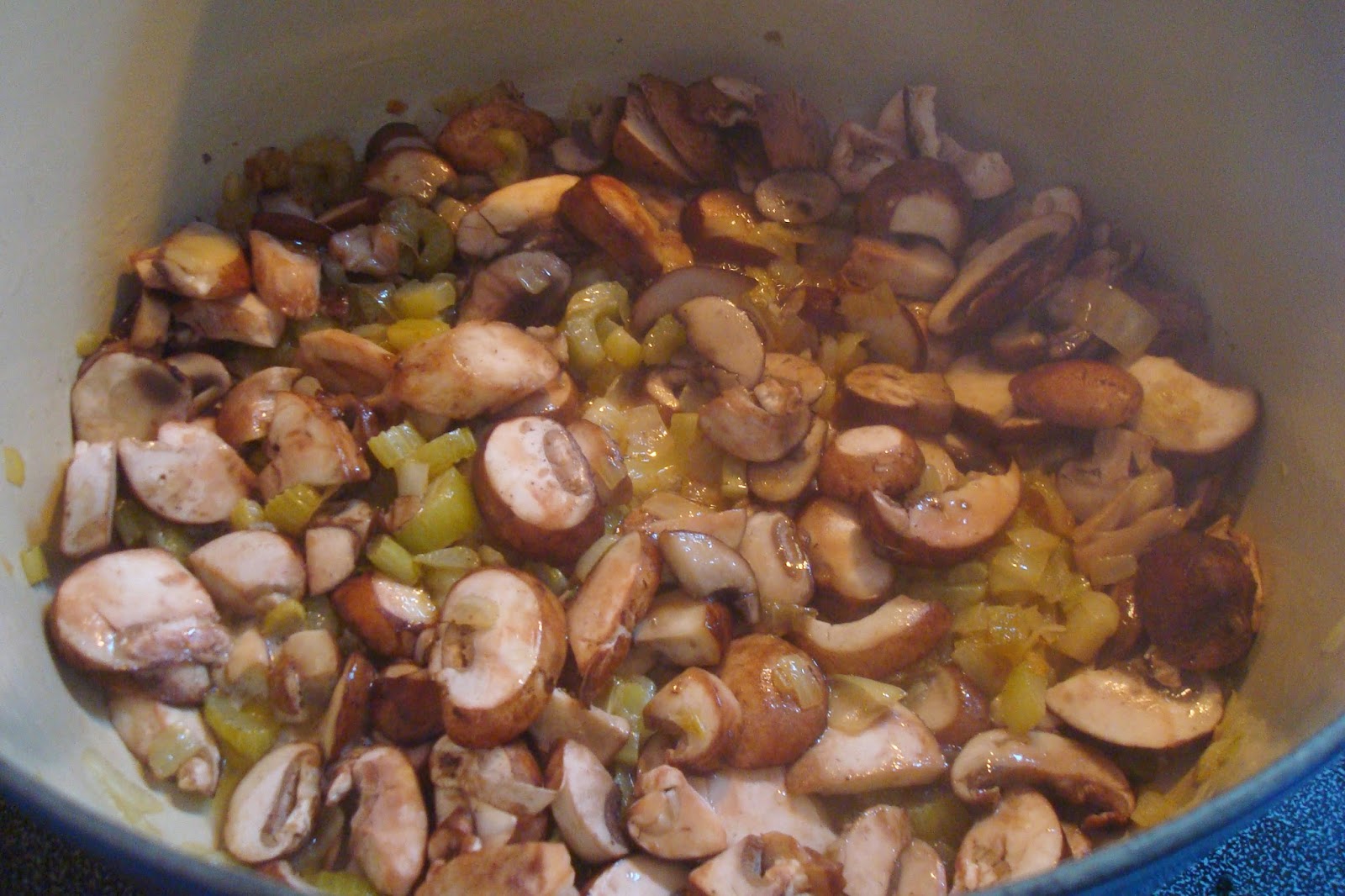 Step 4: Once you get to the end of Step 2 slowly add in the flour, stirring constantly to ensure the vegetables get evenly coated and the flour doesn’t burn on the bottom of the pot. After all the flour has been added and incorporated, pour the broth in (also slowly while stirring constantly). This mixture will be very thick and somewhat difficult to stir at first, but it will get easier to work with as more liquid comes into play. 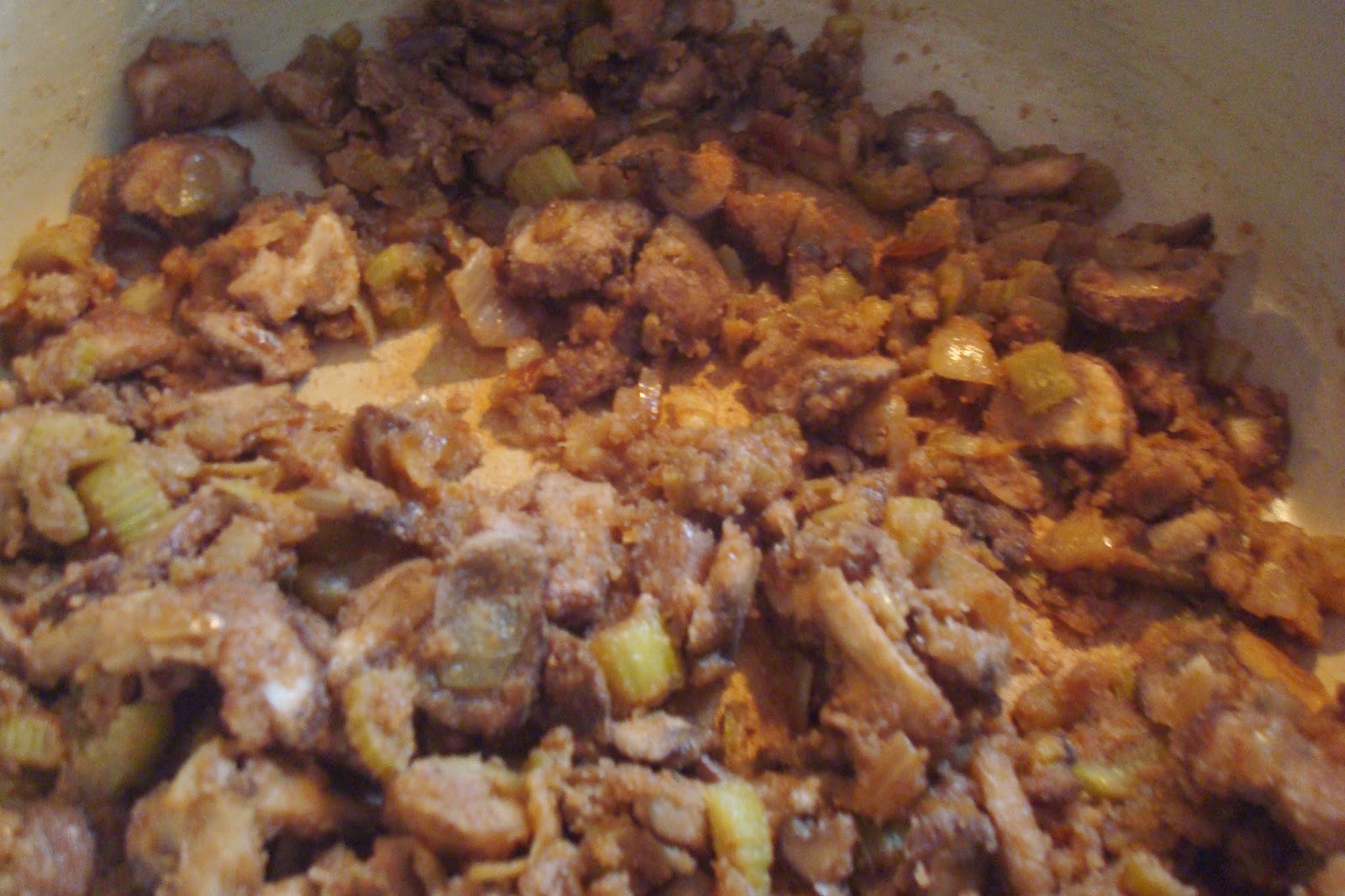 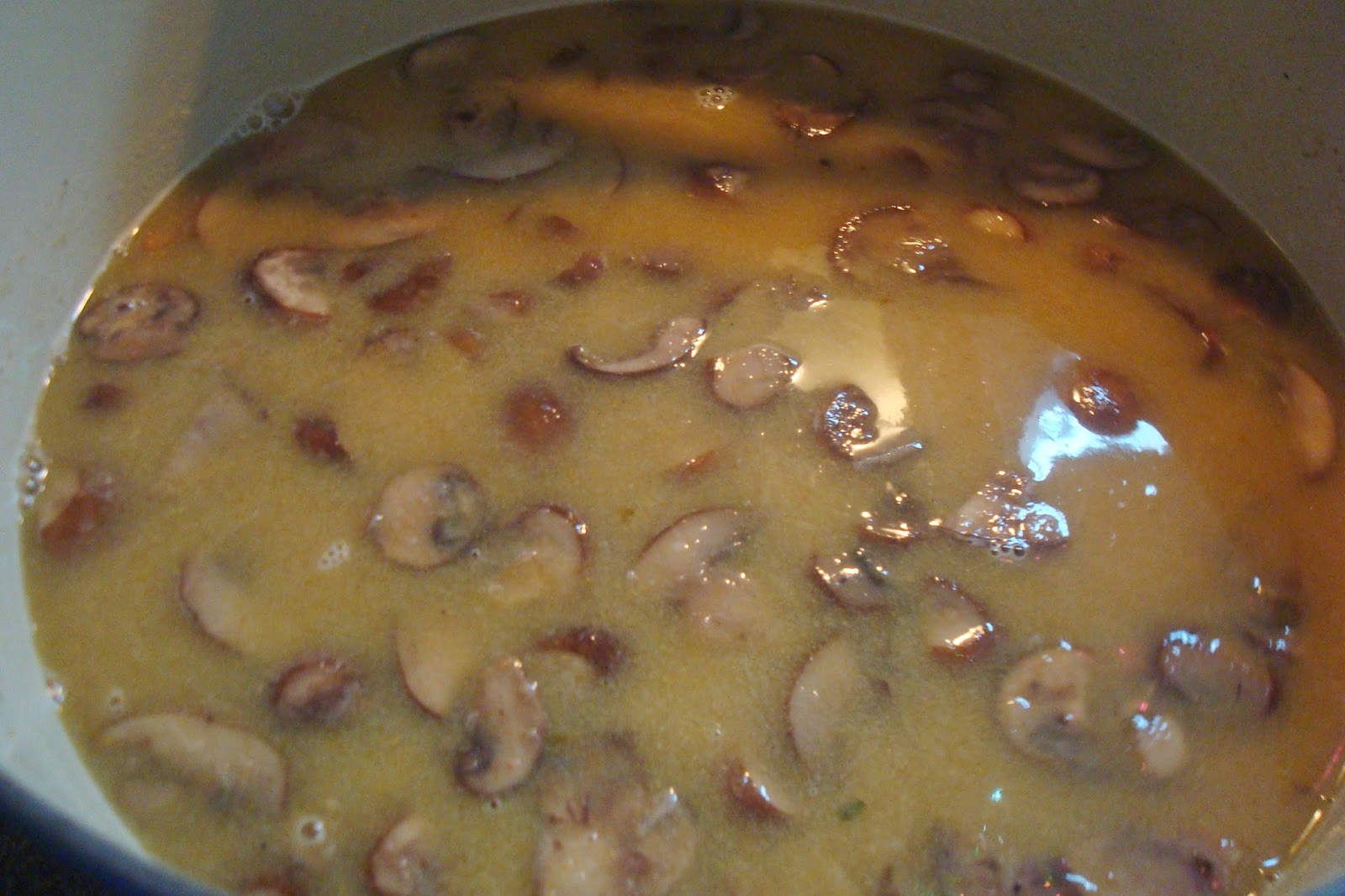 Step 4: After you’ve poured all the broth, add in both the wild rice and all of the seasonings (minus the parsley); stir until everything is well mixed. Toss in the broccoli if you're going the cruciferous route.

Step 5: Reduce the heat to slightly less than medium, then add both the half and half and sherry wine. Bring all the ingredients up to a uniform temperature and garnish with parsley and that’s it; you have yourself some yummy wild rice soup! 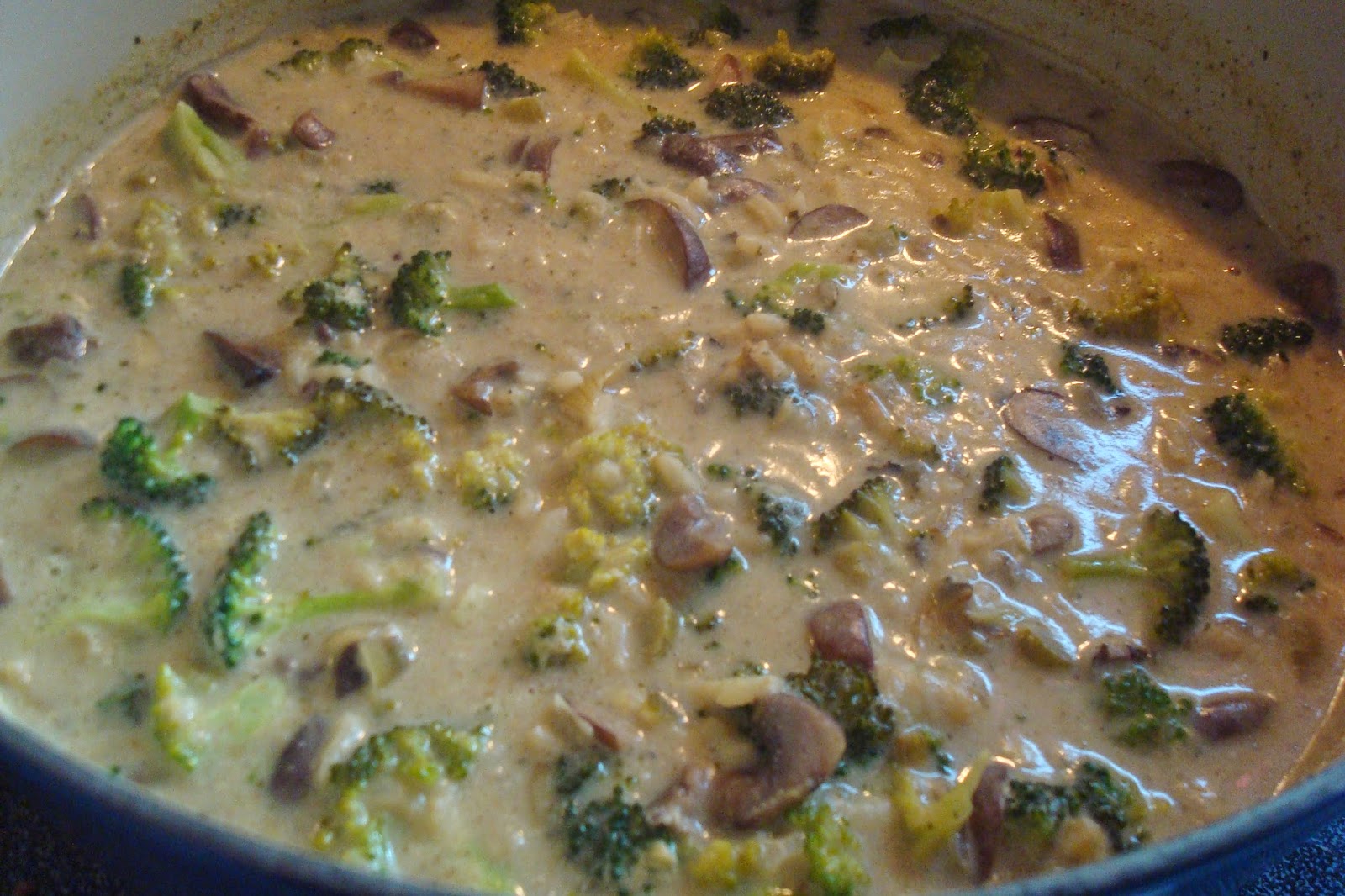 I’ve never cooked wild rice before. Where do I get it and how do I know what to do?

Wild rice is a dense, high-protein grass seed (it’s not really rice and it has more protein than quinoa[1]) that’s characterized by its long cylindrical shape and hard, dark outer shell. Despite it not actually being rice, it’s generally sold alongside other types of rice in your grocery store. If you’ve never cooked it before, here are four ways you can do so. Or you can do what I do and use a box of this stuff, which I find provides the perfect quantity of cooked grains and comes with a seasoning blend that enhances the soup. The Far East boxed stuff also has explicit and easy-to-follow instructions.

I’m lactose intolerant/vegan, so dairy products are a no-go. Can I substitute almond, soy, or coconut milk?

Soy milk would probably be your best bet, though I imagine any of those alternatives would be ok. The half and half simply acts as a thickening agent and provides the soup with a liquid base. So long as your substitute can do those two things without skewing the flavors, it can be a one-for-one switch.
Does it matter what type of onion I use?

Not particularly. I tend to use yellow or other medium-intensity onions for this soup, but feel free to experiment if you have a favorite variety.


Best of luck with your kitchen experiments!


[1] Lustgarden, Michael. (2013). “Wild Rice: The Protein-Rich Grain That Almost Nobody Knows About!” The Whole Grains Council.