Posted by Kel
Hi everyone. Hope you had wonderful holiday if you were among those celebrating Thanksgiving this past Thursday. Now with November nearly behind us, it's onward into the holiday crush. In fact, right after I finish publishing this I'm going to hang up all our decorations and start doing the math to see how much we'll need in the way of ingredients for this year's cookie-baking season. Woo spreadsheets! Ok, yes...I'm entirely too excited about that. Anyhow, decorations and math aside, let's get down to the Week in Geekdom.

Arugably the biggest story of the week was Friday's release of the 88-seconds-long teaser trailer for Episode VII. If you've gotten your fill of next-generation X-Wings and desert planets, check out this shot-for-shot breakdown of what footage Abrams has graced us with. Also, if you were wondering who the narrator of the trailer is, that would be Andy Serkis.

While we're gushing about the Episode VII trailer, here's a fan-made version shot entirely in Lego (took the dude 12 straight hours to create!)
The Episode VII trailer may have gotten the lion's share of attention this week, but it was not the only trailer to hit the interwebs. We also got our first glimpse of Jurassic World.

Whovians have have spent much of the current season debating just how long the Doctor's current companion will be featured. The BBC has confirmed that the upcoming Christmas special will address the future of the character.

While Thursday may have been Thanksgiving for some of us, it was also the 50th anniversary of the first days of filming for a little show called Star Trek.

We still have about a month left in the year, but the 'best of 2014' lists are already popping up. Check out this compilation of the best movie bloopers from the year in film.

JK Rowling has confirmed that she has finished the script for a Harry Potter spin-off, Fantastic Beasts and Where to Find Them. The movie is scheduled to hit theaters in November of 2016.

The apparent dearth of life in what we can see of the universe has perplexed researchers for decades. Now the latest edition of Science postulates that one of the reasons for our cosmic loneliness may have a lot to do with the high levels of radiation out there in space.

We may be effectively alone in the universe for the time being, but data from the Philae lander may provide us with clues as to the origins of life on Earth.

Cooling down a building generally takes an enormous amount of energy, even with the most efficient of air conditioners. Researchers at Stanford University feel they have a better solution in the form of this ultra-thin material that beams excess heat into space.

We may be looking to beam stuff out into space, but it turns out that Earth may also have a previously unknown way of shielding itself.

Bridgmanite was allegedly the most abundant mineral on Earth, but pure samples are now quite difficult to come by. So how to scientists obtain specimens? Meteorites. 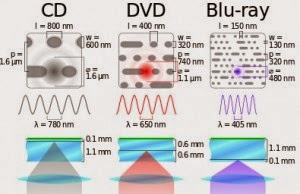 The world's oldest computer may be a century or more older than previously thought.

Waiting while a loved one undergoes a surgical procedure can be very nerve-wracking. To assuage this anxiety, a group of Florida physicians have developed a smartphone app that provides friends and family members with real-time updates of a given operation.

What do Blu-Rays featuring Jackie Chan and solar panels have in common? Answer: one was used to increase the efficiency of the other by 22%.

How to survive a spaceship disaster.

Do you have a knack for developing deep-space capable communications and could do with an extra $5 million USD? NASA has just the contest for you.

Samuel Sevian is about a month away from turning 14. He's also the youngest-ever American Grandmaster of chess.

These are 12 board games that are purported to make their players into better people.

For the past five years, the Vulcan Institute for Cultural Anthropology has helped put on a performance of the Dickens classic A Christmas Carol entirely in the Klingon language. This year will be the final time the production graces the stage.

For most of us, space travel is something reserved for thought experiments and daydreaming. If you've always wanted to go to the moon, Lunar Mission One would like to make your celestial musings at least a partial reality.