Posted by Kel
It feels so good to be back on a regular publication schedule. Rolling out our new look for the site has been pretty awesome too. Thanks to you guys, the site has been growing pretty much week over week. Given all this goodness, we thought that the interface and overall design could do with an upgrade. Most of what you see now is the handiwork of Kay Luxe Design. We're very happy with Kay's work and hope that you enjoy the new site. We may or may not be having too much fun rolling perpetual nat-20s on our 'Got a Game' dice widget.

And, for once in what seems like far too long, it's not snowing! < 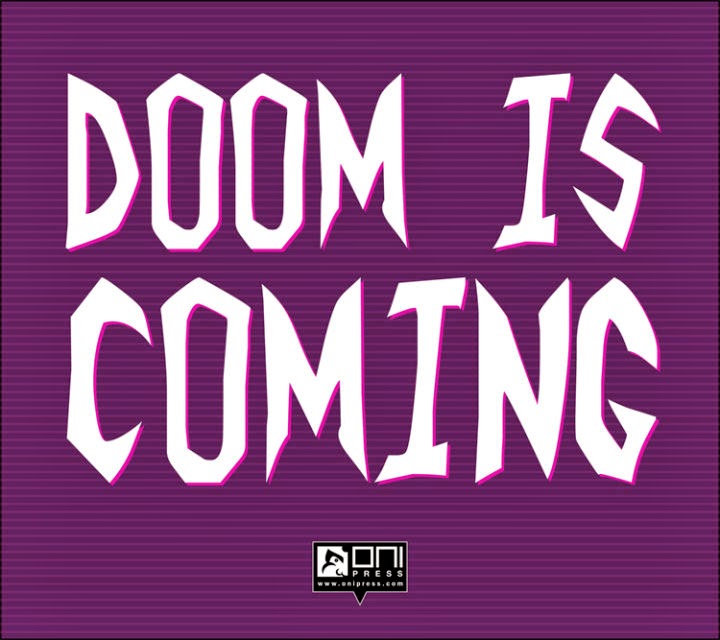 That yawp of joy you may have heard earlier this week was likely from fans of the animated TV series Invader Zim as they learned that their favorite characters will get new life in the form of a new comic series. The series is being published by Oni Press and the first issue will be available in July of this year. Certain authors here at the Care and Feeding of Nerds are doing a happy dance of their own.

Fight Club is getting a sequel, but not on the big screen. The story will continue as a comic. The comic run will be published by Dark Horse and will be available beginning in May of this year.

File this one under: Why would anyone do that? It's a paid app for your phone that plays an RPG by itself, with no input from actual players.

New streaming platform D!ingIt.tv is trying to give Twitch a run for its money so far as broadcasting eSports is concerned? What's D!ingIt? It's this.

On Wednesday a group of Civilization V fanatics deployed their mod that would allow the game to play itself (via 42 different civs).

The long and storied history of one of the first major PC sports titles: Football Manager.

Cartoon Network has confirmed that it will be rebooting the animated series the Powerpuff Girls. The reboot is slated to launch sometime in 2016.

Batman vs Superman: Dawn of Justice is still over a year away, but we got another glimpse into the new DC movieverse this week with this promotional shot of Jason Mamoa as Aquaman.

Speaking of movies we won't be seeing for quite some time, 20th Century Fox has confirmed that it will be working with director Neil Blomkamp (Distrinct 9, Chappie) to develop a new sequel to Aliens. Bonus: this project is completely separate from Prometheus 2.

Toyota seems to be taking emissions control for its cars very seriously. The automaker has apparently been reviewing research into catalytic converters that have the ability to control car-formed pollutants at the quantum level.

Snow has been the source of more than a few complaints on here during the past month. It turns out that accurately forecasting snowfall is one of the most difficult things meteorologists can do. Here's why.

Our proverbial hats go off to the University of Toronto, whose researchers have set up and provided a 3D printer in order to make cheap, but effective, prosthetics for Ugandans in need.

We will be getting a new Dr. Seuss book on July 28th. The posthumous title comes to us via a manuscript recently discovered by the author's widow and his secretary.

Though fans of Hellboy won't be getting another movie featuring their favorite character anytime soon, they can console themselves with this Hellboy-inspired beer.

Did you miss Toy Fair 2015 last weekend? No worries, Topless Robot put together this helpful highlight reel of all the best new toys.

For reasons we're still not clear on, the Canadian army has decided to build a real-life version of the Assault Rifle from Halo.

If the real-life Assault Rife isn't available to you, you can get yourself one of these street-legal Master Chief motorcycle helmets.

Well that's certainly one way to make it so. Star Trek fan ThePlanetMike went and built this warp core table lamp. Check it out in action:
Crowdfundables For Your Consideration

On Friday, we got a chance to talk with Dominic of Medieval Lords Games about the innovative secret roles assassination game Hitman Holiday. The campaign for the game is still open if you're up for a bout of sunshine and death.

Another of the active campaigns associated with projects from our Developer Dialogues series is the Kickstarter for Amino. You have 13 more days to get in on the molecule-building fun.