Posted by Kel
Happy weekend everyone; hope you're all warm and having fun. If you guessed that we're being buried under another incarnation of the Snowpocalypse right now, claim your gold star because you're right. Seriously, this is the fourth major storm/blizzard that's come our way in as many weeks. There is now over seven feet (2.13 meters) of the white stuff on the ground right now, but we're not about to let it get us down. We're under three weeks out from PAX East and we have a host of awesome indie board games (and hopefully one fun surprise) headed your way. But, while we're whiling away these frigid hours, let's get down to the Week in Geekdom. 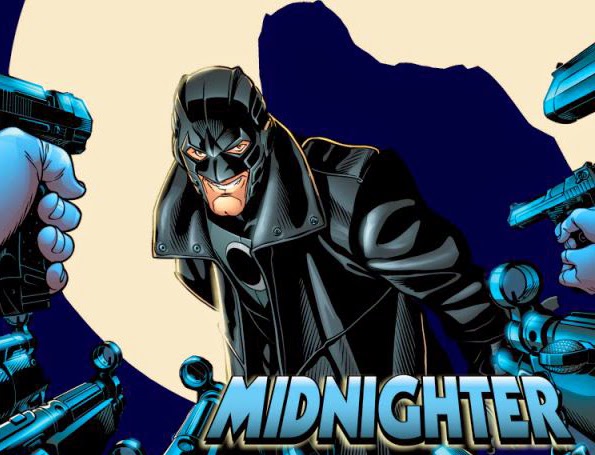 DC is gearing up to introduce a new superhero, Midnighter. Who is this member of the Authority? Well, here's where you can get to know him better.

It was less than two decades ago that Marvel was barely scraping by, clinging by their fingernails over the yawning pit of bankruptcy. How did they go from such desperation to the juggernaut they are now? Here's how.

On Tuesday it was announced that Sony would relinquish its exclusive hold on Spider-Man, allowing the webslinger to appear in Marvel films. In a near-immediate follow-up, Marvel announced the release dates for its third phase of movies.

Just Cause 3 is set to hit the market later this year, but details concerning the game have been frustratingly scarce for those eagerly awaiting its arrival. This is a compendium of what we know so far.

Could the entirety of the prevailing theory concerning the origins of the known universe be wrong? A joint research venture by Benha University in Egypt and the University of Lethbridge in Canada indicates that the Big Bang may never have occurred at all.

The basic interior layout of the Earth is often our first foray into geology, but new research, published in the most recent edition of Nature Geoscience, indicates that this fundamental lesson may need an update. The Earth's core may have more components than we've been giving it credit for.

Over 10 million passwords and login credentials were released into the wilds of the interwebs this week. Was your information amongst those? Here's how you can find out.

Facebook would like you to take a moment and think about how your digital life will be managed after you shuffle off this mortal coil.

What were the first words ever spoken? Researchers at the University of Reading in the UK have developed a model that may provide us with an answer.

If you haven't already, check out the campaign page for Amino. We talked about Amino a little while back and there are still 20 days to get in on the Kickstarter. Don't miss out on this fast and clever game!

Computer scientist Randy Olson dedicated a lot of time and effort to developing the optimal strategy with which to find Waldo.

The International Space Station is about to undergo a crew change. The astronauts and scientists of Expedition 45 are raring for their moment in space by channeling their inner (and apparently outer) Jedi.

32 years ago Pepperidge Farm made an exclusive line of Star Wars themed cookies. This is how they appear in the present day.