Posted by Kel
Hi everyone and Happy Mother's Day to all the moms out there! Aside from celebrating our moms (and Star Wars and Free Comic Book Day), we're buckling down and putting our noses to the Gen Con preparatory grindstone (only 79 days left!). On that note, if you were planning sending a prototype or review copy of a board game to our Playtesting Lab, we strongly encourage you to check out the Lab's summer schedule. But enough administrativeness; let's get down to the week in Geekdom. 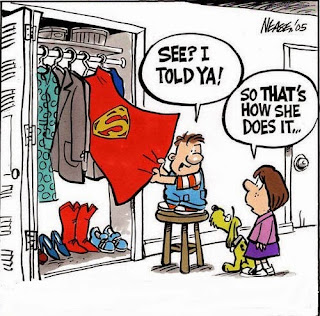 Oh math and science, is there anything you can't do? Check out these statistically proven "best ways" to win at 14 popular games.

The upcoming reboot of Star Wars: Battlefront is already drawing scorn from seasoned veterans of first-person shooters as EA has confirmed that the game will not feature aim-down/ironsights.

As we collectively try to temper our anticipatory excitement for Episode VII (given that it's still more than six months out from release), we can live vicariously through the reactions of this crowd of movie goers from 1977 as they watch Episode IV for the first time.

We'll be getting a second season of Agent Carter. Unfortunately for fans of Mockingbird, that series will not be moving forward in production.

Supergirl, however, got the nod from the TV powers that be, as her series was greenlit earlier this week.

We also got our first look at the cast of Suicide Squad.

It's nearly a year to the day before we get to see Civil War, but we at least know which heroes will be featured in the film (spoiler: nearly all of them).

Speaking of Mars, the UAE is aiming to be the next nation to explore the atmosphere of the red planet.

Oculus Rift has been the talk of the technological town for years now. We've seen snippets of what people have been able to do with the development kits that the company distributed, but there was no word about when we could get our hands on a set of our own. Well guys, early 2016 may finally allow us to bring home our own goggles.

Microsoft has officially come out to declare that Windows 10 will be the last edition of the operating system that the corporation will produce.

Researchers at the University of Houston have developed a way to convert your smartphone into a microscope. Bonus: at a cost of only three cents.

This excellent website brings together a host of talented artists who give us classic album covers re-imagined with our favorite comic heros.

I'll leave you guys with this fan-made version of the Episode VII trailer rendered in 16-bit animation. As always, best wishes for an excellent week ahead!