Posted by Kel
Hi everyone, hope you're all having a great weekend (and a happy con if you're one of the lucky people currently attending UK Expo). We've had our collective noses to the Gen Con preparatory grindstone this week, some of the results of which you'll see in the very near future. So. Much. Costuming. Goodness. We'll also have a full recap of last week's alien encountering adventures. But, for now, let's get down to the Week in Geekdom.

So far, all we know is its name, and even that may change. What could we possibly get with the forthcoming Nintendo NX console?

In the meantime, you can get your Nintendo gaming fix with this! Screentendo will turn any webpage into a fully playable level of Super Mario Bros.

Screen tests are under way to cast the role of Spider-Man for Captain America: Civil War.

It's official: we won't be getting a third installment of Tron.

The next season of Game of Thrones may give viewers at least one major feature from the books that have have, to date, been missing from the show.

What is the sound a single atom makes? Thanks to a team of Australian physicists, we now know the answer to that question. 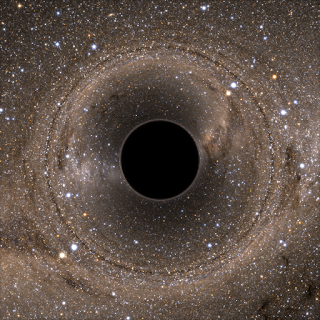 Does a black hole have a shape? The simple answer is yes, regardless of the vantage with which you view it. Here comes the science.

While we're on the subject, the new edition of Nature contains these stunning images of plasma being shot out of a supermassive black hole.

A team of researchers from the University of Tsukuba believe they have found a way to halt and perhaps even reverse the aging process in human cells.

The latest edition of Physical Review Letters contains this paper that pinpoints what sort of experiments and, most importantly, the requisite conditions under which these experiments must take place in order for researchers to pinpoint the moment at which atoms pass from a classical into a quantum state.

How we've been able to advance computing power by a trillion-fold since 1985 as told through handy infographics.

Behold this minute robot that folds itself from its original sheet-like form into ornate origami (among other things).

It took 20 people and more than a million bricks, but a band of intrepid history buffs has recreated the entirety of the Battle of Waterloo in Lego.