Posted by Kel
It’s undoubtedly a good sign when both the GIR and I are writing about PC or video games, as it means we can spend a few hours in front of a screen rather than in front of a shovel.  Where the GIR has been hard at work getting out ahead of the release dates for some of our favorite games from PAX East, I’ve had my nose in a title from one of the few AAA publishers I claim any sort of loyalty to. Despite the initial draw of Civilization: Beyond Earth, and subsequent disappointment,  the Sid Meier name piqued my curiosity when Firaxis announced it’d be attached to a new turn-based strategy game: Starships. 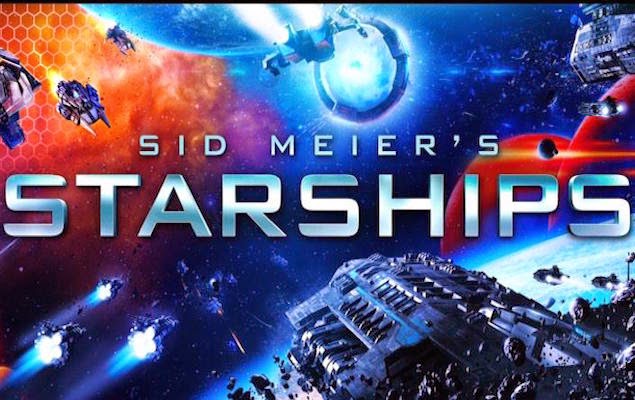 There were more than a few raised eyebrows when Firaxis set the release of Starships less than five months after Beyond Earth made its debut. The studio responded with many expressions of, “Don’t worry, it’s a totally different type of game. It’s just set in the Beyond Earth universe.” The not-so-subtle implication there being that not only could they could totally develop a solid game in their appointed timeframe, but that this would be the model for a series of games that would share a setting. So, were they successful in this venture?

That’s not to say that Starships is terrible, there are quite a few very fun bits, it’s just not particularly good and when your game has that Sid Meier prefix, ‘not particularly good’ takes on a considerably more dour meaning. What’s particularly frustrating about Starships is that there’s plenty of potential for it to have been a richer, more enjoyable game but those opportunities seem to have either been ignored or shunted aside in the interest of time or the need for compatibility with mobile platforms.


That last point is actually the foundation for more than a few of the disappointing qualities of Starships. The game looks, feels, and largely plays like it was configured exclusively for a tablet (which it was, as the game is available in the App Store), which translates to more than a few awkward bits when you play on a desktop. You may find yourself frustrated with the hover-to-open-dialogue-wheel controls that are the basis for all the non-combat portions of the game, as these tend to be less responsive to a mouse than they would, say, a finger on a touch screen.

In Starships, you assume a leadership role in one of the same civilizations available in Beyond Earth. You also select an Affinity for your civilization from the three presented in Beyond Earth though, in all honesty, neither of these choices have a whole lot of impact on actual gameplay. After making your selections, you're hurled out into the darkness of space and presented with a planet that serves as the base of operations/effective capital of your eventual empire. That's quite literally your introduction to Starships. While the game itself is not terribly complex, there is nothing in the way of a tutorial; be prepared for either some trial-and-error or scouring the in-game encyclopedia.

In addition to your home planet, you're provided with a pair of the eponymous starships. These vessels are your primary means of establishing and maintaining your galactic presence. You move them between various planets on a map that's randomly generated at the outset of the game and attempt to gain influence over said planets by performing various tasks for the inhabitants. These quests can vary from eliminating navigating a labyrinthine asteroid field to battling a pirate armada and it's in completing these tasks that you get to experience the high points of the game.

Regardless of the goal, the quests all have the same basic form: a turn-based tactics scenario. You maneuver your starships amongst environmental hazards or against any number of adversaries. It can be a lot of fun, particularly after you've installed a few upgrades on your ships, but there's not much variety in the types of tasks you're given, so even the more interesting quests get repetitive towards the tail end of the game. The upgrades to your ships, while definitely helpful, are very clearly modifications to a statistics engine. Furthermore, there's no discernable scale for the difficulty level of each mission, so there may be occasions where you'll lose a mission largely because you had no way of knowing how to prepare properly. To that effect, you're provided with a predicted probability of success for each mission, but this percentage doesn't seem to reflect any actual inputs from the game and thus doesn't provide you with a meaningful gauge of difficulty.

The iterative tactical combat gives the impression that Starships is a much deeper strategy game than it actually is. Outside the framework of the quests, you're tasked with cultivating your empire as it exists across the array of planets you've been able to gain sufficient influence over. While there are a handful of ways to do this, namely constructing buildings or wonders, what you elect to do with each planet (and how you manage the array of resources that are produced by each) seems to matter considerably less than just completing the quests. After finishing a few tasks you can treat your fatigued crew members to a bit of shore leave on a given planet, which also seems to do more for influence levels than active engagement.

Whether by building or by blaster, your goal is to extend your influence over 51% of the galaxy. Aside from roaming gangs of pirates, other civilizations will seek to thwart your efforts via varying degrees of aggression. No matter what your play style, the mid-to-end game will come down to warfare of one flavor or another, with battles taking same the turn-based tactical form as the planetary missions. It's all a matter of which fights you pick and who you rumble with. As in some of the classic Civilization games, you may find yourself shaking your head at the questionable choices and sometimes suicidal aggression of the AI.

Starships has its moments; if you're playing on a mobile platform or are just in the mood for light, snack-sized strategy (with playthroughs taking only a couple of hours) then you may get a lot of enjoyment out of it. It's neither particularly challenging, even on the higher difficulties, nor especially deep in what it offers, which can be good if you're, say, waiting to meet up with friends or commuting home. What it's not likely to do is satisfy PC/tabletop gamers who want their 4x strategy fix. If you do want to try Starships out for yourself then I highly recommend waiting a few months and pick it up during a Steam sale.