SPIEL & New Game Round up!

As mentioned on Sunday, nearly every moment not spent glued to my PC/TV/radio/scorecard has been devoted to experiencing the SPIEL gaming convention by digital proxy and weighing the feasibility of learning German. Not only does the event seem to be very well run but, with PAX East badges selling out in a matter of minutes, there may soon be an opening in the annual convention docket.

Those of us who were not amongst those fortunate geeks who attended SPIEL are in luck, as many game developers are taking their wares to the interwebs this week so geeks around the world can partake. The titles below are a sampling of some of the most innovative, engaging, and all-around fun new games potentially grace your table. 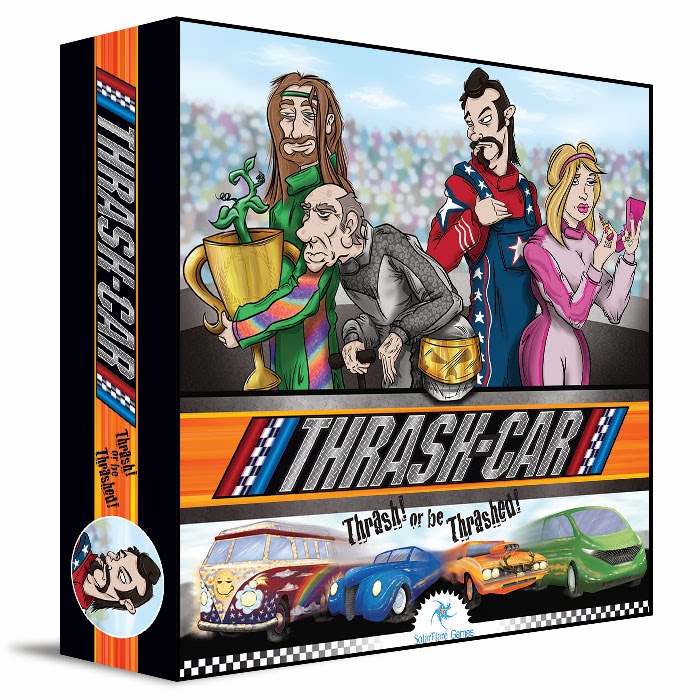 Do you have a competitive streak? Do you relish in the screw-your-neighbor dynamics of Munchkin or Robo Rally? Do you happen to enjoy a bit of planning and strategy with a side of laughter? If you've said yes to any of the above, then you may want to consider adding Thrash-Car to your game library. Players take on the role of the Owner of a team of racing cars, which are then pitted against the vehicles of opposing Owners on your newly-formed professional racing circuit. Use the various cards dealt to you to gain the lead, careen around hairpin turns, or shunt your fellow drivers into the wall!

Solar Flare Games launched the Kickstarter for this combustive competition yesterday. Click here for the full details, gameplay footage, a free copy of the rules, and the opportunity to pick up your own copy for below MSRP. 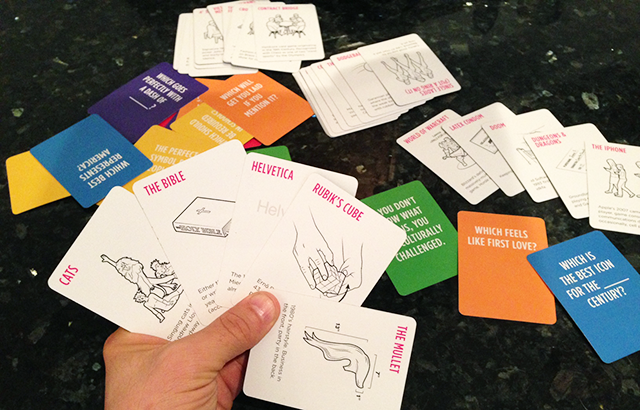 Back in July, we chatted a bit about some of the best games to play at parties or other get-togethers. The Metagame. Discuss, aims to get itself onto that self-same roster. Actual play is similar to Cards Against Humanity or Snake Oil in that the goal is to make the most compelling argument from the words/phrases that appear on the cards in your hand. The key distinction with Metagame is that players are tasked with making cogent philosophical or generally well-rounded cases in response to either/or question rather than presenting a single idea. A video-game-centric version of this title successfully met its Kickstarter funding goal back in 2011 and now the developers would like this latest edition to encompass all facets of culture.

Local No. 12 Union of Design & Play also launched their Kickstarter yesterday morning. Visit their page for a pdf of the rules, video interviews with the creators, and full details on the many, many rewards available for backers.

A full review of this clever, unconventional RPG can be found here. Fresh off of his trip to Essen, creator Joel Sparks has put together a 'greatly expanded' deluxe edition of the game that will potentially become available if their  Kickstarter is successful. Click here to help make that goal a fuzzy, sanity-straining reality! 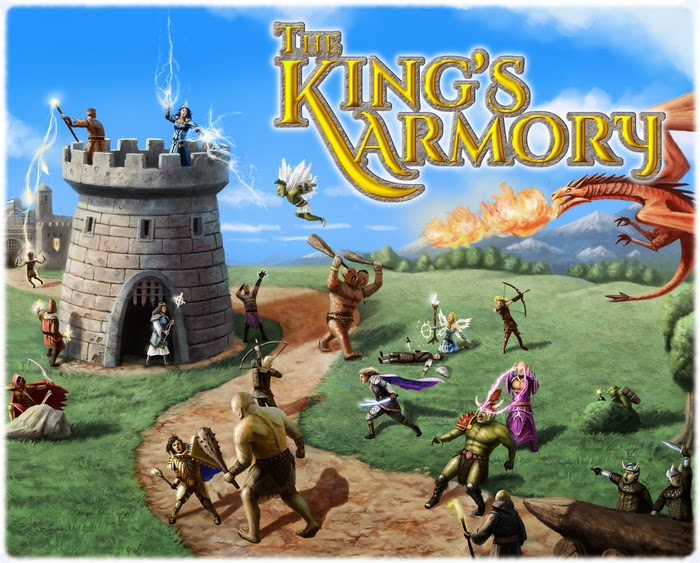 King's Armory
1-7 Players; ages 13+ (but could feasibly be played with younger gamers)

At first glace, King's Armory seems like a fairly straight-forward premise: a board-ified version of a tower defense video game. While this is an accurate statement, it only describes the foundation of this highly versatile title. After several years of development and a handful of grueling setbacks, Gate Keeper Games has created an offering that blends engaging strategy with an extraordinarily high degree of customization and re-playability. The difficulty, terrain, playtime, and even the size of the player pool can all be changed to suit your needs (accommodating even players that drop out or jump in mid-game). Bonus: Gate Keeper Games has teamed up with a Care and Feeding of Nerds favorite, Level 99 Games, for King's Armory. If the title meets its funding goal, players will be able to utilize characters from BattleCON in King's Armory.

Check out the Kickstarter for King's Armory here. (Bonus: it's EU shipping friendly!) 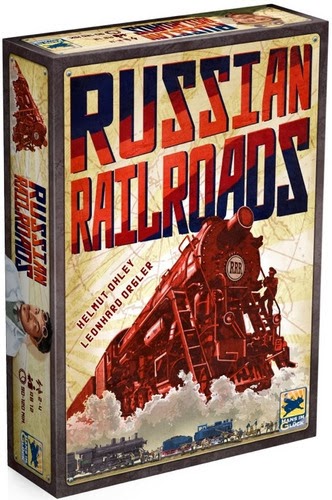 Fans of tycoon-style commodity-based strategy games are likely to adore Russian Railroads. The game pits players against one another in a quest to build the most efficient, demographically dominant transit empire. Z-Man games debuted their latest offering at SPIEL and promptly sold out of their stock.

English, French, Dutch, and German language versions of Russian Railroads will be available for sale both online and at your local retailer in the next few weeks.