Hey everyone. I apologize in advance if this iteration of This Week in Geekdom is a little sparse or disjointed, as my teammates and I are recovering from yesterday's marathon gaming session on behalf of Extra Life 2013. At this point it feels as though we flew non-stop from Beijing to Boston; we're dehydrated, unsteady on our feet, and unsure as to what time it should be, but ecstatic to have arrived at our destination. Despite the frailties of our human forms and not one, not two, but four DDoS attacks on the datacenter used by Extra Life, gamers around the world managed to raise over $3.4 million USD for the Children's Miracle Network. Major kudos to everyone who participated, donated, and otherwise supported the gamers! 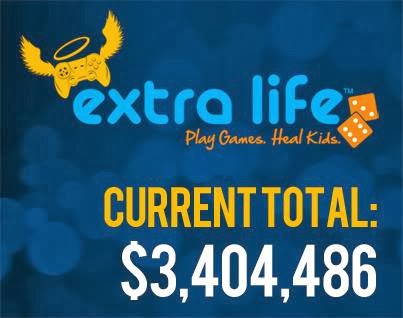 On Friday, developer Bethesda announced that there will be a Skyrim mash-up will soon be available on the Xbox 360 version of Minecraft. Visit Bethesda's blog for the complete details about this latest offering.

These weekly posts have featured the musings and eccentricities of one Elon Musk (a.k.a. Tony Stark and/or a Bond villain in the making) a few times now and already there are new developments to follow. Patricia Galloway, the first female president of the American Society of Civil Engineers, has founded a new company, Hyperloop Transportation Technologies Inc., to make Musk's high-speed mass transit dreams a reality. Check out Galloway's ideas to accomplish this here.

Google may be taking a cue from the unorthodox tactics of Mr. Musk with these enormous seaworthy 'party boats' that the company is likely using as a way to control access to the much-discussed forthcoming Google Glass.

Most of us are extremely familiar with the phenomenon: lots of energy in the morning followed by an afternoon bereft of energy and rife with crankiness. Turns out, that post-midday slump extends beyond your willingness to get things done and permeates your moral compass. This week's edition of Psychological Science details the joint study by researchers at Harvard University and the University of Utah that pinpoints just why humans tend to stray from their core beliefs in the afternoon hours.

Anyone who has spent more than a few minutes with a dog can pick up on just what's being connoted with a wagging tail. However, researchers at the University of Trento have been able to discern that this simple motion may be indicative of more complex interaction in the two halves of the canine brain. The current issue of the journal Biology and this summary from the BBC have the complete details on this work.

In a blending of academic discipline and technology that would have elicited squeals of delight from 5-year-old Kel, scientists at the University of Manchester successfully utilized the SGI High Performance Computing Cluster (a.k.a. Polaris) to determine how Argentinosaurus, the largest animal to have ever walked the Earth, actually moved. Short answer: very, very slowly.

This upcoming Tuesday may be the single most anticipated date in the history of the Indian space program. The ISRO is planning to launch their first inter-planetary craft, an unmanned orbiting vessel bound for Mars, early Tuesday morning.

On Friday the Royal Astronomical Society of Canada confirmed that a 10-year-old Nova Scotian boy discovered this incredible supernova.

Ever wanted a really good look at the Andromeda galaxy? Well, wait no more.

Tuesday was the dawn of a potential new era in banking as the world's first Bitcoin ATM went into service in Vancouver, British Colombia. The machine requires a full palm scan in order for patrons to interact with it, which is a decent enough start to securing this infamously untraceable economic unit.

NASA announced on Wednesday that it had glimpsed what appears to be an Earth-like planet, notwithstanding the 2,000+ degree (1093.33 Celsius, 1366.483 K) surface temperature. 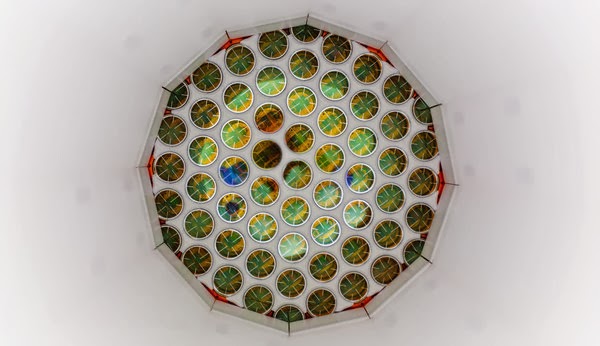 It has been three months since scientists at the Homestake Gold Mine have started using the Large Underground xenon dark matter detector in order to gain insight on this highly elusive substance. So far, their work has turned up...nothing.

Between Comikaze and Halloween there were brilliant costumes a'plenty this week, but perhaps the Grand Champion of them all, were we to crown one, is this insanely accurate Khal Drogo who appeared at Blizzard's annual contest. Watch this amusing video of the contestant's in-character entry.

File this one under Things We Wish Previous Owners Had Done. One Reddit user got a fun surprise when taking up the carpets in his home: this room-sized version of a Monopoly board.

There is a real-life Captain Kirk and he is to command the most technologically advanced vessel in the US navy.

Using a YouTube video, a Google Plus community, and their own ingenuity, this clever 12-year-old and his father programmed a 3D printer to create a fully functional prosthetic to replace the child's left hand. 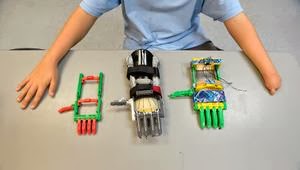 As always, best wishes for a wonderful week ahead! Cheers again to all the Extra Lifers!