Posted by Kel
Best wishes for a happy con to those of you lucky enough to be in Texas for BGGCon at this very moment. The convention seems to flow nicely out of the energy from SPIEL, so here's hoping that the developers attending can make the most out of this last event before the onslaught of the holiday season. At this point, I'm in complete convention withdrawal and a few peeks at BGGCon are simultaneously delicious vicarious experience and an agonizing reminder that it'll be more than five months before I get to frolic through a dealer hall. On the other hand, at least one costume needs to be finished by the end of those five months so…yeah. Not gonna complain.

One thing that's providing some unequivocally good times as of late is XCOM: Enemy Within. We've already seen one impressive expansion for a beloved Firaxis Games franchise this year, did they deliver similar quality for the base title that was touted as, "the best game of 2012"? 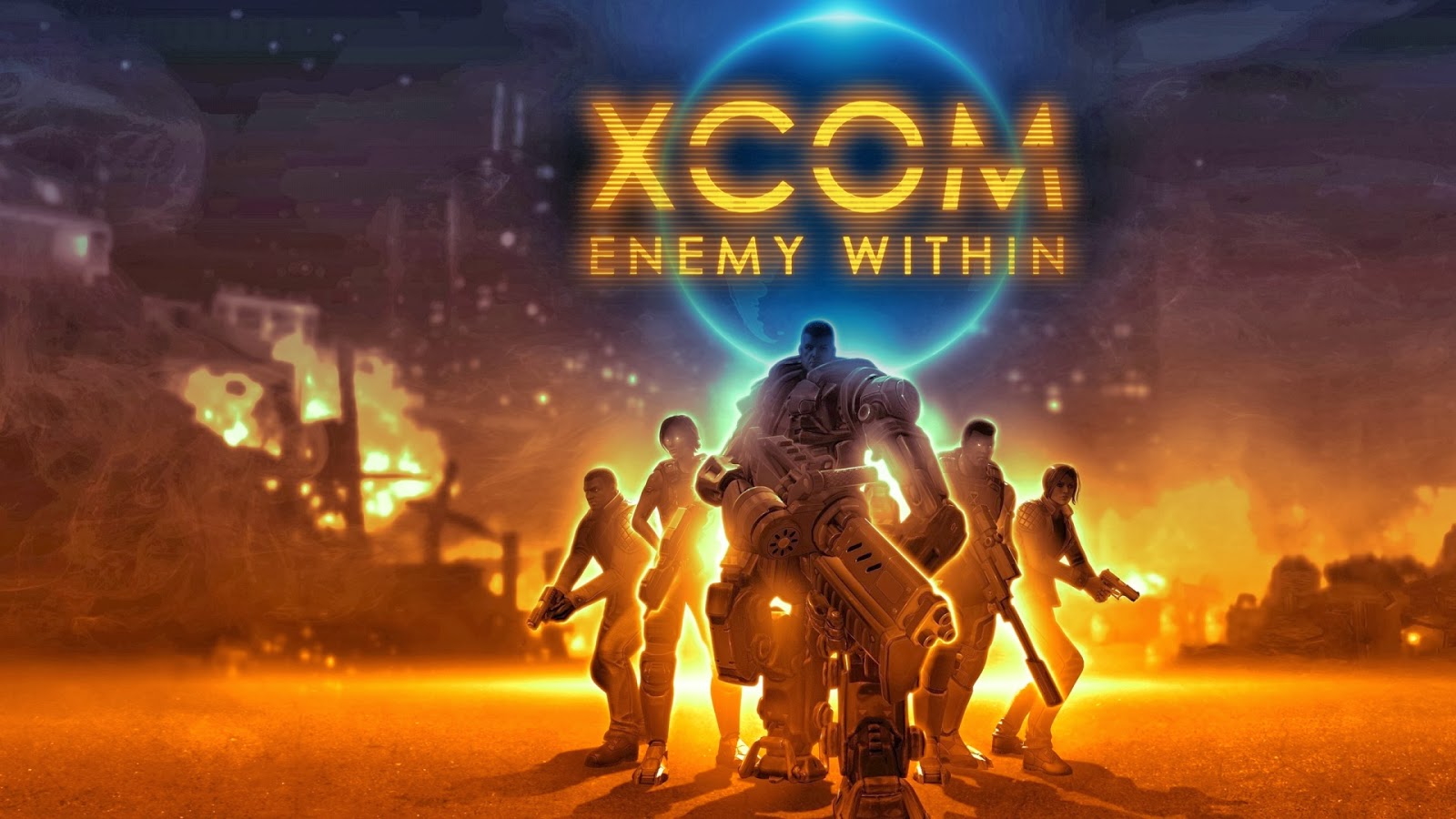 Longer answer: By and large, Enemy Within presents a deeply satisfying set of enhancements and improvements on the base game, XCOM: Enemy Unknown. It's not a wholly perfect title, but its foibles are assuredly outweighed by everything that it gets right.

As is typical for a Firaxis expansion, a portion of the title is just raw additions to the game's fundamentals. Enemy Within presents players with over 40 new maps and several Enemy Unknown terrain sets that have been extensively reworked. A special  Base defense mode, a feature from the original XCOM conspicuously absent from Enemy Unknown, is introduced to the new incarnation of the franchise. The expansion also adds a handful of language options so your soldiers can chatter in a tongue that corresponds with the flags on their backs. Between this and the variety of new accessories you can outfit your troops with you can form all new emotional attachments to those digital warriors.


Though the majority of the storyline in Enemy Within remains lamentably identical to Enemy Unknown (players will sit through the same cinematics and sciencey quibbling from the support staff at XCOM HQ), the actual gameplay is markedly more robust and challenging than in its predecessor. The foundation for said enrichments lies primarily in the new units and the processes required to build/train them. Several missions will feature a new collectable resource, meld. As the name implies, the substance, once gathered, allows for novel integrations of disparate materials, in this case the materials being robots and human bodies. The research that can be "purchased" with meld or genetic matter harvested during autopsies broadens the early-game tech tree considerably, allowing the player to choose between the classic weapons/armor endeavors and projects that directly enhance the physiology of the soldiers. The latter, though extremely effective on the battlefield, are costly both in terms of credits and what is demanded of the individuals utilizing the new technology. This expense only increases the anxiety associated with the omnipresent threat of PC perma-death.

And threat is a particularly apt descriptor for the actual gameplay. Just about every facet of Enemy Within feels legitimately perilous. While you've been outfitting your troops with mech suits and the ability to regenerate the opposition has been taking similar measures. The aliens have an approximate counterpart to the human mech units, a hulked out version of the humble sectoid, as well as a tuberous, stealth-enabled flying unit whose sole purpose is to seek out soldiers that stray from the group (i.e. your precious snipers) and strangle them. In addition to the formidable extraterrestrials, XCOM must also address EXALT, a paramilitary group of Earthlings who want to embrace the aliens as the rightful overlords of the planet. While there is a measure of direct confrontation with the group, EXALT makes its presence known by more covert means, stealing XCOM funds, stirring up panic with their propaganda, and sabotaging research projects. Where they attempt to overwhelm with sheer numbers, you can counter with superior technology. Neutralizing EXALT for good though takes more than a bit of finesse and a solid dose of luck as you'll have to put relations with the member-states of the XCOM project on the line in order to conduct clandestine operations in their territory.

The overall pacing of the game is beautifully unsettled. The drive-forward-by-inches tactic that served well in Enemy Unknown often isn't feasible in Enemy Within. Just the act of gathering resources, like the meld mentioned above, is fraught with urgency as the meld containers are rigged with self-destruct devices operating on separate timers, forcing you to take tactical risks and play with a certain degree of recklessness. The formations of old also tend to be of limited use as the Seeker units keep snipers on the move while the Mechtoids can lay waste to your cover. Yes, even if your cover was a solid wall. The decisions you have to make are numerous and only get more difficult as you progress through the game, heightening the level of emotional engagement that has made the franchise so adored.

A handful of the bugs that plagued Enemy Unknown persist in Enemy Within, namely the line-of-sight glitches and the occasional animation snafu that may elicit unintended laughs. The late game phase is also a bit weak, as the rewards for many of the operations are especially weighty, allowing you to steamroll the EXALT forces if you so choose. However, none of these issues derails the playing experience and it's a much smoother game than its successor.

In all, a Enemy Within is a solid expansion well worth your time and consideration if you're a fan of the series or turn-based tactics in general. The title is stand alone, so a purchase of Enemy Unknown isn't necessary to play Enemy Within. As is the case for all the titles in the franchise, the fundamental appeal lies in the stories you create from your ordered ranks and Enemy Unknown allows you to craft those tales with aplomb.