Today's post is a smidge special. as it is the 100th post to grace the digital pages of the Care and Feeding of Nerds. Woot! Looking back over all the posts that have gone up in the past 19 months, it's fun and kind of surreal to see just how the blog has developed. And there's more where this came from! Construction for the 2014 Convention Season officially began yesterday so there will be progress posts in the very near future. For now, though, let's get down to This Week in Geekdom.

The vast majority of recent gaming talk has been fussily orbiting the next generation of consoles that are just beginning to hit the market, but fear not PC gamers, as this week gave us  a bit to indulge in. The fine folks behind the indie-game propagating Humble Bundle launched the Humble Store. While the terms governing the Store, like how long titles will be sold for, remains a bit unclear, the offerings and corresponding discounts are very much worth checking out.

If you live in a warzone, it makes sense that you'd want to limit your time spent outside. In the case of 18-year-old Iraqi Yousif Mohammed, all those indoor hours went directly to gaming. This is Yousif's incredible story of how the real-life battlefield prompted him to become one of the top Battlefield 3 players in the world.

Does the new generation of consoles have you longing for the video hardware of your youth, but said hardware has...ahm borne the brunt of your past frustrations and may be in less-than-working order? Fear not. Australian entrepreneurs Cartesian Co. have launched this (funded in less than 1 day) Kickstarter to allow them to produce 3D printed circuits. 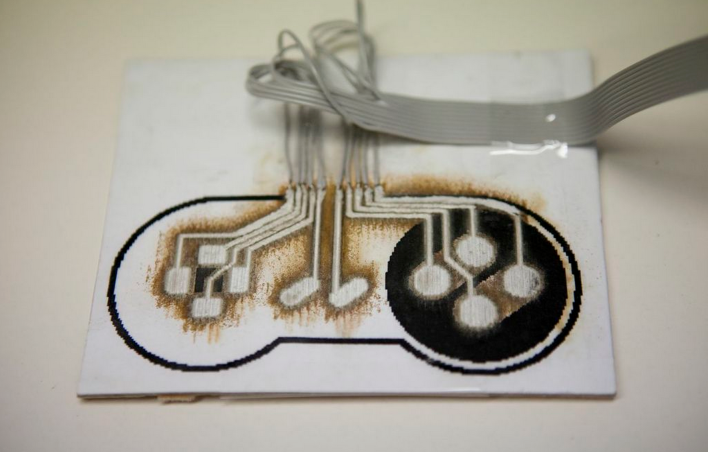 The rest of this month is going to be a visual smorgasbord for star-gazers. The next two-ish weeks will feature not one, not two, but four comets in our skies. The science editors at Time magazine have put together this interactive comet-tracker for those keen on glimpsing 'Comet of the Century' title-holder ISON. Bonus: late tonight/early tomorrow will give us the peak of this year's Leonid meteor showers!

Speaking of celestial bodies, scientists feel that they may have solved one of the long-standing mysteries pertaining to the good ol' planet Jupiter. Current theories of fluid dynamics indicate that Jupiter's infamous Great Red Spot should have petered out centuries ago, yet it seems to still be going strong. On November 25, two researchers will present their potential solution to this quandary.

We've had the ability to video chat with another person for several years now but the experience has been largely...let's call it two dimensional. Engineers from MIT mean to correct that with this, an interactive 'pinboard' that allows for motion to be transmitted and re-created over distances.

Using data from the Hubble telescope's scan of the relatively young M33 galaxy, two scientists have created these images designed to approximate what our galaxy may have looked like some 11 billion years ago.

For those of you out there unimpressed with Apple's Siri, IBM announced this week that they will be releasing their fascinating/terrifying supercomputer Watson into computational cloud form. Read here for details on our future Robot Overlord.

Fourier transformations are a phenomenon so common, yet so world-changing, that they tend to go largely unnoticed by the beings employing them. If you've ever wondered how an MP3 or voice-activated software works, this brilliant primer has a beautifully succinct run-down of the math and physics at play.

On Thursday, we got this first picture of pre-production for Star Wars: Episode VII.

If you missed out on last weekend's Blizzcon, here is a gallery of the incredible cosplays that debuted in the convention halls.

Finally, if you're a fan of Hyperbole & a Half creator Allie Brosh, NPR conducted this poignant interview with her earlier this week.

Best wishes for an awesome week ahead!