Hey everybody, hope you're all having a great weekend thus far. The past few weekends have gone by just way, way too fast and it feels like Halloween is right here, staring us all in the face. Can you tell I'm making almost-last-minute tweeks to my Mara Jade costume? It's almost done, as is the latest round of kitchen experimentation which, if all goes well, will be the focus of its own post in the very near future. In the meantime, on to the Week in Geekdom! 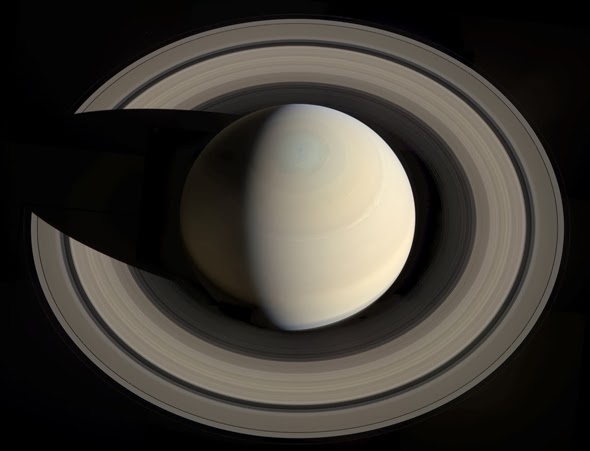 Back on October 10th, the Cassini spacecraft took 36 shots of the planet Saturn with its highly specialized camera array. An intrepid Croatian software developer took those 36 images and wove them together in a single uber-high-resolution still. Check out the stunning results here.

We've talked quite a bit about the brilliance that is 3D printing in past posts and it seems like other organizations are catching on to the potential applications of the technology to non-terrestrial ventures. On Tuesday the European Space Agency announced its plans for what it's calling the Amaze Project. Said Project aims to coordinate the efforts of 28 different institutions to produce reactors, rockets, and other highly nuanced pieces using 3D printing.

Ever wondered just how possible it is to be buried in space? Turns out there are enough such services that you can comparison shop for ways to get your remains into orbit.

Speaking of recurring topics on This Week in Geekdom, the celebrations for Superman's 75th birthday continued on Tuesday with the release of this animated short. The video is the joint effort of 300 and Man of Steel director Zack Snyder and DC artist Bruce Timm. If you're one for hyper-engaged viewing, DC put together this list of 75 annotations to accompany the short.

What's better than free comics? How about free comics that directly benefit organizations that work to fight and prevent the spread of malaria. This past Thursday Neil Gaiman released a digital anthology, Lost Tales, completely for free via internet publisher/distributor Sequential. For everyone that downloads the (free) Sequential app and gets a (also free) copy of Lost Tales, the publisher will donate 50 cents (USD) to anti-malaria charities. Note: currently only available for iOS devices.

Fans of Kerbal Space Program got what they've been patiently waiting the better part of a year for: a campaign mode. This great synopsis breaks down the host of (free) changes and upgrades made to the game that NASA engineers have not stopped raving about.

As we approach the holiday season, we also inch closer to the end of the current era of gaming consoles and brace for a future filled with xbox one and PS4. In tribute to this transition, here is a list of current era games that deserve a nod, as they will likely become casualties of the technology shift.

Blizzard brought its legal batting average back up to somewhere near 0.500 this week when it won its case against World of Warcraft bot creator Ceiling Fan Software. Sorry WoW-ers, looks like you'll have to farm your own gold and xp for the time being.

Elon Musk took one step closer to becoming Hank Scorpio/Tony Stark/a Bond villain this week when he bought this 1977 Lotus Espirit which doubles as a personal submarine.

The anticipation swirling around the 50th anniversary special for Dr. Who is rapidly approaching fever pitch levels. The BBC has taken pity on those eagerly awaiting Whovians and put together this teaser trailer to tide everyone over until December.