Happy weekend everyone! The past few days have been a marathon of baking, baking, baking, all of which will be translated into a post in the next few days. Those few moments not devoted to kitchen experimentation were spent living vicariously through those lucky nerds who attended the Spiel gaming convention in Essen, Germany. I'm in the process of gathering the con highlights and hope to do a review-in-abstentia as I did back in August with Gen Con.  Man, Spiel looks like all kinds of awesome. Maybe the GIR and I should consider adding it to our annual docket. Hmmm.

Anyhow, less daydreaming and more This Week in Geekdom!

Europe was the place to be for games this week. While Essen had board and table top games covered, London took on video games as it played host to the 31st annual Golden Joystick awards. Read here for a full list of the winners.

Speaking of Europe, we're approaching the final countdown to the release of the next generation of gaming consoles. On top of the forthcoming PS4 and Xbox One, we're also being buffeted with news about new tablets and smartphones. In the midst of this growing din, one author asks the question that's sat in the back of many a mind: Can Nintendo survive all this innovation?

If you are one of those console gamers who is impatiently awaiting the release of the PlayStation 4, a little note. The system will require a patch as soon as its turned on. This system update will allegedly allow for a myriad of additional functionality and will coincide with Sony's release of its second screen PlayStation app for mobile gaming devices. The app and patch is slated to be ready to download on November 13th in the United States and November 22nd in Europe (patch will be compatible for both Android and iOS).

What happens if you challenge a White Hat hacker to take a peek at your digital life? This. This happens.

Did you ever wonder if Siri or a similar smartphone technology actually possesses some tenets of free will? You are not alone. Here's what happened when an iPhone was subjected to a Turing Test.

Physicists may be 'that' much closer to being able to describe how time is formed. Turns out it may 'emerge' from a state of quantum entanglement. These are the first experimental results that point to the origins of this phenomenon.

We've encountered our share of viral things during the course of our internet travels (how else would we know what the Fox says?). While the propagation of information is well documented, it's not clear why some things have such immediate appeal and why other ideas/products go seemingly unnoticed. Researchers at Hangzhou Normal University sought to get to the root of this trend. These are their findings about the so-called 'dark corners' of the internet.

We've talked a bit about humanity's impending quest to journey to Mars and the litany of issues that will have to be overcome before any of us sets foot on the Red Planet. One of these is the detrimental effects spaceflight has on the eyes. Yeah, we probably need to get on that.

Need a microscope for your home lab, but don't want to pay a fortune? For $10 USD you can transform your smartphone into a fully functional microscope with both photo and video functionality. <runs out to purchase> 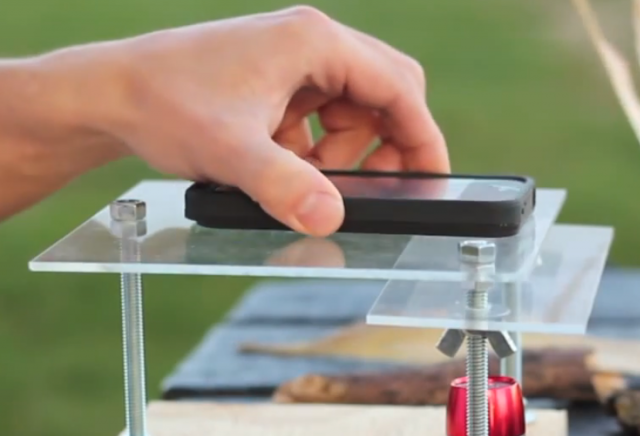 Though scientists agree that it's almost certain that the dinosaurs were killed off as the result of an asteroid impact, researchers believe that they may not have been the only creatures to fall victim to the collision. This Plos One-published study indicates that the impact may have been an extinction event for prehistoric bees and many of the plants that depended on pollination from them.

Superman has gotten a lot of press as part of his 75th birthday celebrations, but not everyone is willing to gush over the most famous of Kryptonians. Check out this list of the 10 most questionable courses of action taken by the Man of Steel.

Fans of Tony Stark got a bit of a surprise on Wednesday. In Iron Man #17 readers got an unexpected, and somewhat intricate glimpse into the Stark family history. Click here for the full review, including the big reveal (SPOILERS). 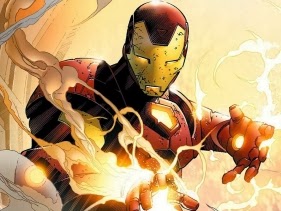 Using comic books as a plot source for a movie or TV show is now so common that we almost don't give it a second thought, but here are 6 instances of such inspiration/transference that may have slipped under the collective radar.

On the subject of inspiration, hopefully organizers of comic-related conventions and trade shows will take note of this brilliant event. Take a peek at the Lakes International Comic Art Festival, the most integrated, holistic such celebration that comic art may have ever seen.

Happy belated birthday to Princess Leia! Carrie Fisher turned 57 this past Monday. In celebration, here is the 1983 Rolling Stone issue commemorating the release of Return of the Jedi.


As always, best wishes for a wonderful week ahead!