Posted by Kel
Ah, it's one of those signs of the shift in season. In place of fun popcorn fodder we now have a cavalcade of serious dramas to remind everyone that winter (and Oscar season) is coming and one of the early frontrunners in that parenthetical race is Gravity. The hype surrounding this film is dizzying in itself and that buzz is omnipresent in just about every form of media but, if you can, you're better off trying to block out as much of it as possible. Why? Because limiting your expectations for this film (or, arguably, any film) will increase the likelihood of your viewing experience being fun or at least entertaining. 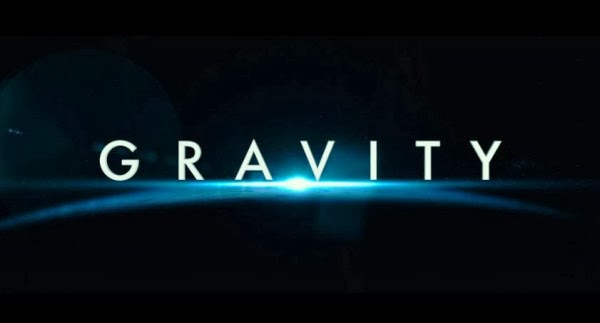 Essentially you don't have to end up like me, who totally bought into the hypnotic narrative of the movie being a cinematic tour de force, a visual entity crafted with such skill and care it that would require audiences to recalibrate how films should be viewed. Spoiler Alert: Gravity is not this. Yes, yes. I'm fully aware this was my own fault and take responsibility for that. However, I refuse to allow that any personal disappointments color what is supposed to be at least a semi-objective analysis for your benefit.

Gravity is a tale of disaster and the resulting attempts by the protagonists to survive in the harshest of harsh environs: the vacuum of space. Those unfortunate individuals marooned and adrift in Earth's thermosphere are veteran astronaut Matt Kowalski (George Clooney) and civilian medical engineer Dr. Ryan Stone (Sandra Bullock). Dr. Stone is a mission specialist trying to make her way through a series of repairs to the Hubble telescope while commanding officer Kowalski flits about his spacewalking constituents with the help of a thruster pack. While he revels in what we learn are supposed to be the last moments of his final mission for NASA, Stone grits her teeth and battles nausea. Tragedy unfolds in short order as a Russian missile strike on a defunct communications satellite begins a chain reaction amongst a mass of other spaceborne debris, sending the latter cascading towards the shuttle Explorer and her crew. The resulting damage is catastrophic and leaves Stone and Kowalski with dwindling oxygen and only a few long-shot options to even hope to make it back to Earth in one piece.

The premise is fascinating and legitimately terrifying; watching this movie may shore up any misgivings you may have had about travelling to space. What detracts from the film's incomparable luster, which we'll get to in a minute, is the combination of a trite narrative, blaring gaps in logic, and the continuous, needless use of cringe-inducing tropes. Yes, we get a 'the fuel gauge only registers as empty when it's tapped on' and a 'here, let me try to discern my own fate with a game of eenie-meanie-miney-moe.' There's a point where Dr. Stone blithely ignores a (very beautifully rendered) fire then, minutes later, seems perplexed as to why her vessel is engulfed in flame. You'd expect and likely be willing to overlook these eye-roll inducing moments were Gravity billed as a brainless action flick, but they actively undercut the tone of a film that takes itself so seriously. 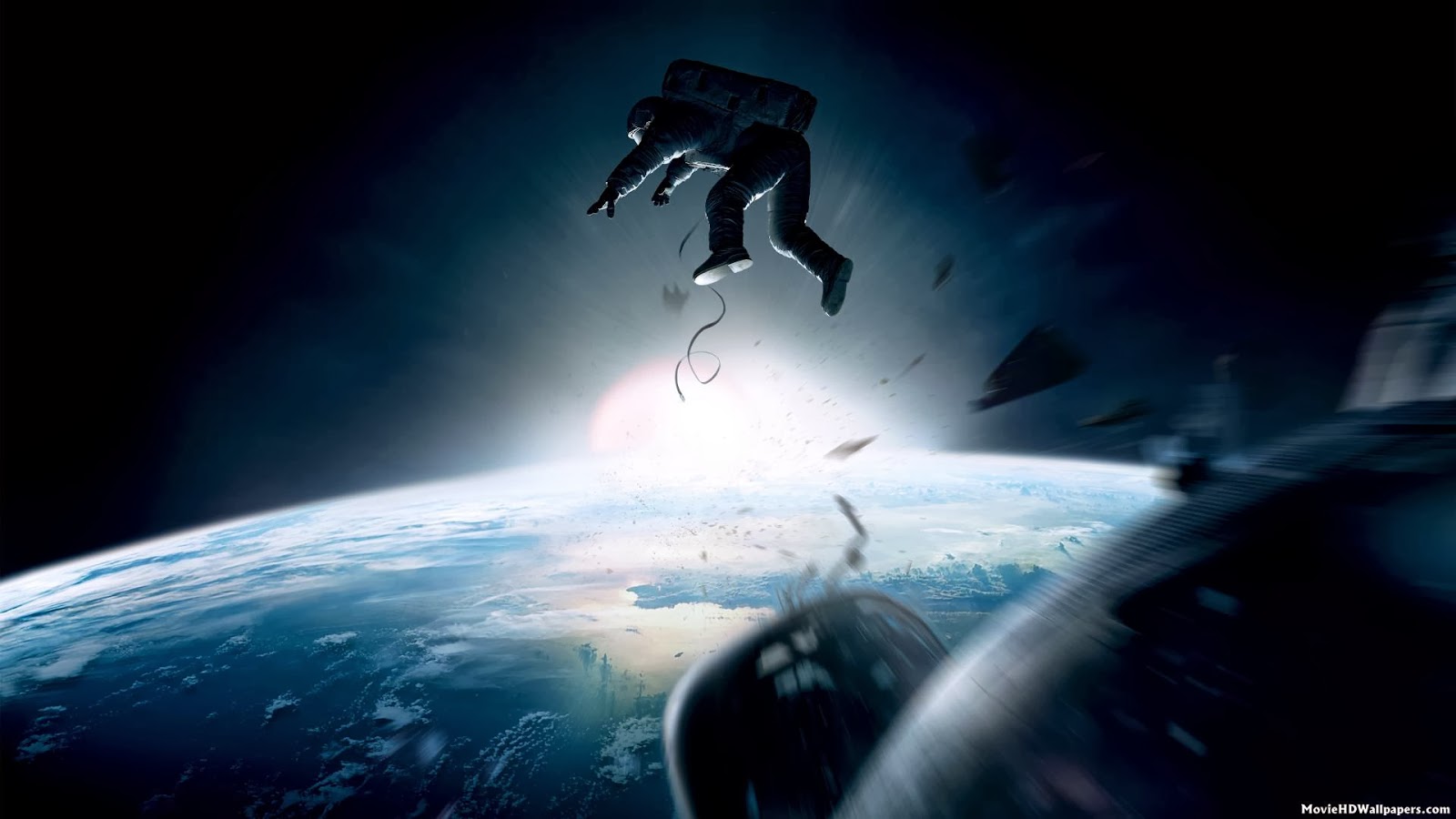 In terms of the rendering of the few characters that populate Gravity, it's very clear that Bullock is pulling her A-game, but Clooney gives a performance so muted that it borders being one-dimensional. The purpose of his character is clear, but it's interesting to think about what the film would have been like without him, focusing instead on just Bullock. In that vein, the narrative has the same hackneyed feel as some of the interactions described earlier. It's a fairly clear case of 'less would have been more'. Dr. Stone discloses a handful of details about her life before she was launched into orbit, all of which are meant to draw the audience to her character and form a caricature of the sort of life that most people would want to run from. The thing is that viewers would care about her just by virtue of what she's going through. The idea that ingenuity, will, and luck might give this woman even the barest of chances for survival is enormously engaging. We don't need more than that.
So Gravity isn't going to upend the movie industry with its storytelling, but that doesn't mean that the film isn't pioneering in other ways. From a sheer visual standpoint it is awesome in the very literal sense of the word. The combination of masterful cinematography and director Alfonso Cuarón's trademark elongated takes will have you agog. The influences of Kubrick are interwoven throughout the first half of the film in such a way that will elicit smiles from fans of 2001: A Space Odyssey. If you partake of the film in IMAX 3D, which you definitely should, it is as close an approximation as you're likely to get to being in space. It is perhaps the single finest use of 3D technology to have graced the screen to date. The instances where the effect comes into play seem organic and add markedly to the overall viewing experience. The application of digital interfaces (every time you see the actors spacewalking) is nearly seamless and there are more than a few instances during which you'll ask yourself how the shots were done. It is brilliantly immersive and completely unlike any other movie going experience you could have at present.

The film also manages to get some the science correct as well. It was refreshing to see the vacuum of space actually be depicted as frictionless and momentum being applied accurately in a weightless state. The phenomenon at the center of the drama, Kessler syndrome, is a real and very possible occurrence. Conversely, there are a handful of instances where the science is absurdly wrong and, those these are mercifully few and far between, they unfortunately occur at key junctures in the story.

Whether the spectacle of the visuals have sufficient allure to overcome the ham-handedness and make paying to see the movie worthwhile is ultimately up to you. With a run time of only 91 minutes, it's over before the narrative can grate on you overmuch.