Hey guys! Whew, another week in the books already. Most of us on the East Coast of the US are more than willing to see the last few days along, as we've been mired in a protracted and brutal heat wave (with temperatures hovering around 100 degrees Fahrenheit, 37.8 degrees Celsius in Boston). Mercifully, the heat is currently in the process of breaking and we've had plenty of fun things to distract ourselves as we sweat through every article of clothing we own. Though we've talked about the increasingly dubious nature of San Diego Comic Con before, the con is still one of the single biggest sources of nerd news in a given year. Though this year seems to be a bit light on the actual content, there's still plenty of headlines coming out of the convention center. Since I could not make it out to San Diego this year, I recommend heading over to Topless Robot for a great run down of everything coming out of SDCC. 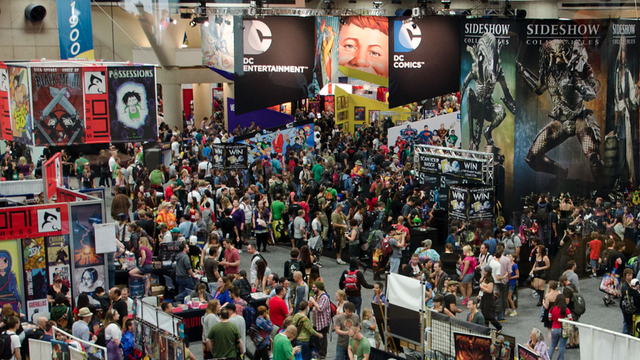 On Tuesday, paleontologists based out of the Denver Museum of Nature and Science released their findings on a new species of dinosaur in the journal Proceedings of the Royal Society B. Similar to a Triceratops, Nasutoceratops titusi is said to have been native to present-day Utah.

Dedicated to the notion of proving that hybrid engines can be both powerful and environmentally sound, British inventor Alan Bond (allegedly no relation to James) has received a parliamentary grant to build a functional prototype of his conceptual SABRE engines. If successful, the hybrid SABREs could be used in private space missions and reach speeds exceeding Mach 5!

Because University of Chicago researchers have apparently never read Asimov or seen any early 90s era science fiction, they have successfully built and tested the most advanced artificial intelligence humanity has seen thus far. As of now, their AI is about as smart as an average 4-year-old (sans tantrums).

Ever wonder what the guys at CERN do now that they've found compelling evidence of the Higgs Boson? Well, turns out they've been busy trying to test the limits of the Standard Model of particle physics. Here's a little synopsis of what this sort of testing entails and how the Model has held up so far.

On Friday, the Cassini spacecraft snapped only the third picture of Earth ever taken from the outer reaches of our solar system. To celebrate the occasion, dedicated video editor and astronomy aficionado Fabio di Donato composed this digital stream of all 200,000 images the Cassini spacecraft has taken in its eight years of service.

Thursday brought us the three little words that had science buffs all around the world in a frenzy: the pitch dropped.

Capcom made waves at SDCC with their announcement that they will be releasing a new title in their long-historied and beloved Strider franchise. If all goes according to plan, the game will be available on Xbox 360, PS3, Xbox One, PS4 and PC in early 2014. Here's the SDCC trailer to hold you over until then.

Ah! Why do I have to miss GenCon this year? We got word this week that not one, but two games based on the Firefly 'verse are not only <this> close to being released, but will make their world debut in just a few weeks out in Indy.

The self-proclaimed King of the Nerds Wil Wheaton made his play to access even more of our lives earlier this week as he released his beer, w00tstout, to the general public. Check out the mini review of this alcoholic geekery and get a list of the states w00tstock is being sold in here.

Do you love to write? Were/are you a fan of Jim Henson's The Dark Crystal? The Henson Company may need you! Jim's daughter, Cheryl, has opened a portal on DarkCrystal.com to accept submissions for a new novel set in the Dark Crystal universe. If you're not a writer, the site hosts plenty of other fun ways to indulge your fandom, including an 8-bit text based adventure game!