*Waves* Happy weekend everyone! Hope the week's celebrations went well for everyone observing a holiday this past week (and/or that you were successful in finding relief from the blistering heat we've been dealing with in North America). They may not be fireworks, but this week's bits of nerdy news were pretty exciting in their own right.

Awesomeness: Legendary comic artist Stan Sakai is slated to draw Dark Horse's new adaptation of the 47 Ronin. Bonus: This excellent and fairly comprehensive interview with Stan about this project and the forthcoming live-action movie version. 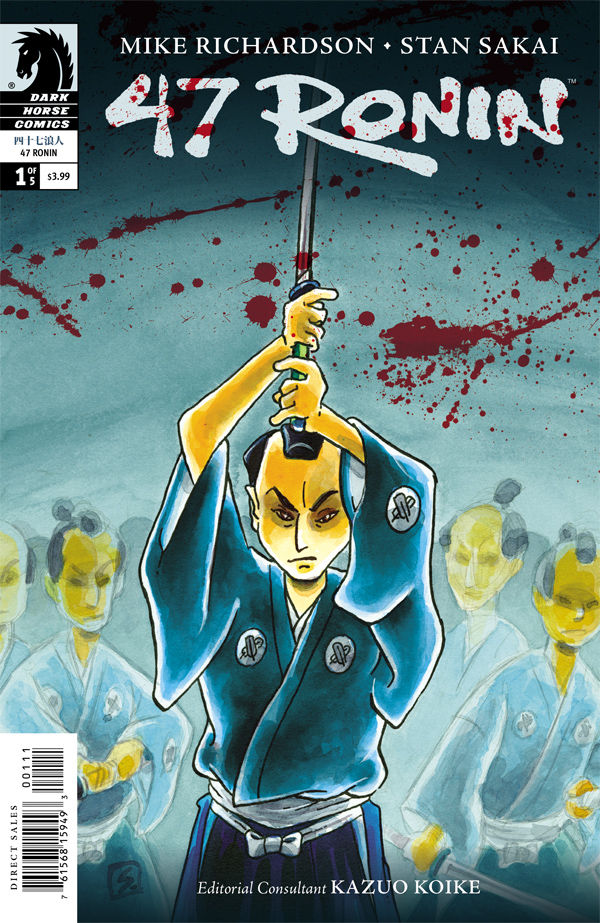 Are you a DC person? Is your favorite character still "alive" and kicking or were they ripped away to an untimely doom? If it's the latter, you may want to check out this memorial list of the 10 characters taken from us too soon.

In an attempt to garner new readership, Marvel is releasing "chick lit" novels featuring their trademarked superheroes. The end results appear to be of mixed, but generally decent quality.

In a similar demographic-expanding endeavor, DC launched its all-digital comic format with a series based on the 1960s Batman TV show earlier this week. Batman '66 is now available in DC2 format and can be downloaded to your phone, tablet, or other mobile device.

Since the advent of setting a broken bone in order to promote proper healing, the cast hasn't changed all that much. This week, inventor Jake Evill unveiled Cortex, a whole newexoskeletal twist on making the convalescence process a bit more bearable and environmentally friendly.

In a coincidental follow-up to our bit on restoring sight to the blind, University Hospitals has developed a functional bionic eye. The device, available in 12 commercial markets later this year, restores a degree of sight to individuals with late-stage retinitis pigmentosa.

The latest edition of the Proceedings of the National Academy of Sciences proffered the details archeologists uncovered of perhaps the first instance of flowers being used during human burial rituals.

Microsoft doesn't exactly have the best reputation for fostering open source creativity, but it's not an entirely unfeeling monster. Scott Hanselman breaks down one of the best-kept secrets for Visual Studio.

It may be too late for Ned Stark, but bioengineers have gotten <that> much closer to enabling full human head transplants.

Much to the surprise of no one, the Wii U is not living up to Nintendo's expectations, and here's why.

If this was on just about any other network I'd be more excited, but Syfy (yes, it still exists) is going to release a 6-part pseudo-documentary about some of the biggest names in cosplay right now. The mini-series, Heroes of Cosplay, will debut August 13th.

Here's what 16 years of devotion and hard work will get you (if you're a model train lover that is).

Best wishes for the week ahead!