Posted by Kel
Hey guys; hope you're all having a great weekend thus far. We've been busy gearing up for Thanksgiving (lots grinding away in the office, but the premise of pie looms large in the immediate future). Mmmmm, pie. With a bit of vacation time incoming, I'm hoping to put in some serious hours in Fallout 4 and start putting together the 2016 cosplay lineup. In the meantime though, let's get down to the Week in Geekdom. 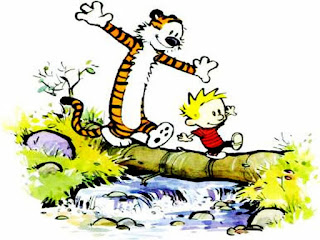 On Friday Valve announced the dates for both its Fall and Winter Sales as well as a planned makeover for both daily and flash sales.

Fans of the Starfox series may have to wait until 1Q16 to do their next barrel roll, but we can at least get a glimpse of what's inbound.

Are you the owner of a PS4 with a jones for solid indie titles? This list can point you in the right gaming direction.

Despite the prevalence and potential functionality of the bluntly direct "just attack your target" methodology inherent in so many games, there's a lot that can be said of taking a stealthy tack. Here are some of the best examples of the latter.

It's Mark Hamill's first official interview about some movie that's coming out next month or something.

Speaking of said franchise, if you could change one thing about any of the Star Wars movies what would it be?

It's a healthy baby...planet? The latest edition of Nature contains these observations from the Universities of Arizona and Sydney that may be the first-ever images of a planet being 'born'.

LG did not have the best of weeks. After only six days on the market the Watch Urbane (Second Edition) was cancelled due to an unspecified hardware issue.

In a less market-value-crushing move, Microsoft ended both the production of its music player Zune and the service that provided said player with tunes.

What if your cell phone could hold a battery charge for over a week at a time? Thanks to new research at the University of Glasgow, we may be very close to that possibility.

In what is likely another step towards the Singularity, AI developed by the National Institute of Informatics (Japan) was able to pass the infamously difficult exam associated with admission into Japan's universities.

It's one of the most enduring and analyzed quandaries that we, as a species, grapple with: why do we exist? According to one Harvard cosmologist, the answer may be dark matter.

We all share this ability, but why? We're are uncannily adept at sensing when another human is looking at us. Here comes the science.

The most recent version of Optics includes this research out of Stanford that details a microscope calibrating technique that allows individual molecules to be observed in real time and in three dimensions.

Do you love model-making? Are you a Star Wars fan? Do you have two or so years to dedicate to a single project? If you answered yes to all of those then this soon-to-be-released model kit may be the perfect holiday gift for you.

Pffft. Who wants a scaled down model of a Star Wars craft when you can sit in a full-sized version?

Ever wonder who is behind Albert Einstein's Twitter/Facebook/Instagram accounts? Meet Anthony Illiokostas.