Posted by Kel
November what? Seriously? Sheesh. It's been kind of a hectic week over here at the Care and Feeding of Nerds but, fear not, for there are plenty of posts headed your way in the not-so-distant future. In the meantime, let's get down to the Week in Geekdom.

2015 has not been very good to Nintendo, and the immediate future doesn't seem to contain any respite for the beleaguered game maker. On Thursday Nintendo announced that its first mobile game would be delayed until March of 2016, preventing them from capturing any holiday season sales.

Heads up Whovians, a very familiar not-so-canine K9 companion will be getting the big screen treatment in 2017.

Jar Jar Binks: possibly the single most loathed character in the Star Wars universe. But what if we've been massively misjudging this Gungan all along?

How do you go about providing internet service to remote areas? Well, if you're Google, you develop these stratosphere-bound balloons and beam it in. 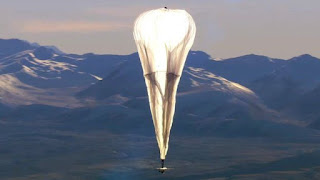 The latest edition of Nature includes the surprising data collected by the Rosetta spacecraft as it passed the comet 67P. The surprise was the quantity of molecular oxygen present around the comet, as this may indicate that the universe may not have been formed with a Big Bang after all.

On Tuesday the FDA approved the use of a genetically altered herpesvirus for the treatment of the skin cancer melanoma, paving the way for the use of similar virus-based treatments in the future.

It's not often we get a bit of good news on the climate change front, but this new study from NASA indicates that the ice and snow related mass gains on the Antarctic Ice Sheet are actually greater than the sum of the losses sustained on said Sheet due to melting.

Fresh out of the Tokyo Motor Show is this honest-to-goodness transforming car.

Sorry for the short round-up this week guys, but there's more headed your way (I promise!). As always, best wishes for an excellent week ahead!