Posted by Kel
Ok guys, we're at the FINAL COUNTDOWN! A little over three days from now the doors will open for Gen Con 2015. The GIR and I are in the midst of packing, shipping out some of the components for Steampunk Hawkgirl, and trying to staunch the small-child-on-Christmas-Eve levels of excitement that are abounding in the house. There will be a separate post up early next week detailing our full schedule and how you can find us/say hi during the con if you'll be joining us in Indy. In the meantime, as a nice little distraction, let's get down to the Week in Geekdom!

10 years after its release, Star Wars: Knights of the Old Republic II got an official update.

The Electronic Sports League announced on Thursday that it will be implementing a drug-testing regimen for those seeking to compete under its name.

It's a question that's come up more than once among gamers: Are there too many titles on Steam?

We know we're a bit biased, but this may be the greatest video mashup in the history of mashups


These are the 10 minutes that convinced ABC to make a new prime time Muppets show.


We may be seeing Benicio del Toro in Star Wars: Episode VIII.

Ok, so it's the year 2015 and more than one person has asked, "Where are our flying cars?" If the MIT-affiliated company Terrafugia has anything to say about it, the answer may be this. 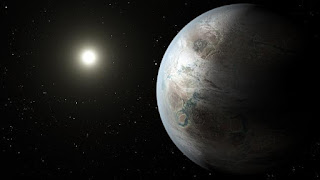 Lexus is trying to take the concept car to a whole new interactive level with this one-off vehicle that uses biometrics to display the driver's heartbeat.

NASA, fresh off the discoveries of the past few weeks, announced that they had been able to locate what is the most Earth-like planet we've seen outside our solar system to date.

It was a mystery that stood unsolved for 300 years, but we finally have hard evidence that Saturn's moon, Iapetus, is actually half-light and half-dark.

Researchers at the University of Alberta are toiling away at the development of a pill that would allow those afflicted with celiac disease to be able to tolerate gluten.

Speaking of grains, the latest issue of Nature contains this research indicating that a new GMO strain of rice not only produces very high yields, but also significantly less greenhouse gasses.

Google's new Timeline feature will show you everywhere you've traveled (and just how much information Google can collect from you).

What if Star Wars had been animated as a set of ukiyo-e woodblock prints?

This week we learned the official cause of the explosion that led to the failure of SpaceX's CSR7 mission. Yesterday, Kerbalnaut Scott Manley created this dramatic re-enactment of the launch and fateful explosion using everyone's favorite Space Program.

If you're a pinball fanatic and happen to be in the vicinity of Ronks, Pennsylvania then that town has a train that's pretty much custom-made for you.