Posted by Kel
Hi everyone and a belated Happy Independence Day for all of you who celebrated yesterday. Aside from the pomp and awesomeness that usually attends the 4th, we've been pressing full court on preparations for Gen Con. I promise there will be so, so many posts in the very near future, specifically entries covering the construction of Steampunk Hawkgirl, who is tantalizingly close to being done. In the meantime though, let's get down to the week in Geekdom.

After a 3-year hiatus, one of the most popular racing games to ever grace a mobile platform, CSR2, is nearly here. Here's a sneak peek of what's in store.

Get ready to chat up your hand again. It's been confirmed that a new Vampire Hunter D series will be developed.

Batman v. Superman: Dawn of Justice (and possibly the most awkward movie title of all time) is still actively being developed, but we have these descriptions of what the film will likely feature.

As part of our delayed celebrations of the 4th, here's the physics behind last night's fireworks displays.

In a show of true patriotism (or just a brilliant analogue to today's final game of the Women's World Cup), the USA has challenged Japan to a duel. The weapons? Giant robots.


The latest issue of Psychological Science contains yet another study linking the playing of certain computer games with the attenuation of PTSD symptoms.

Last weekend was an extremely tough one for our favorite would-be Bond villain, Elon Musk, and his aerospace concern, SpaceX. However, here's why SpaceX is likely to bounce back and soon. 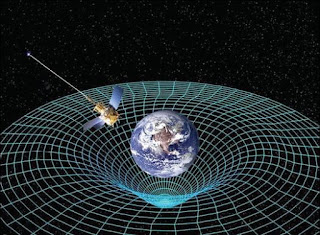 If light can't escape the clutches of a black hole, how does gravity do it?

An exoplanet? In our solar system? It's an outcome more likely than you may think.

What if your eyes could perceive all the asteroids in the vicinity of Earth? It'd probably look something like this:


As always, best wishes for an excellent week ahead!