Posted by Kel
It's funny, today is a lot like another not-so-distant mid-April day. Two years ago I was grinning in the afterglow of PAX East, wracking my brain for a way to preserve the deep, gut-level happiness that conventions have a way of fostering. One subway ride later, the Care and Feeding of Nerds busted out of my subconscious and onto the internets. The blog has grown quite a bit these two years past. How much has it grown? The graphs can tell part of that story: 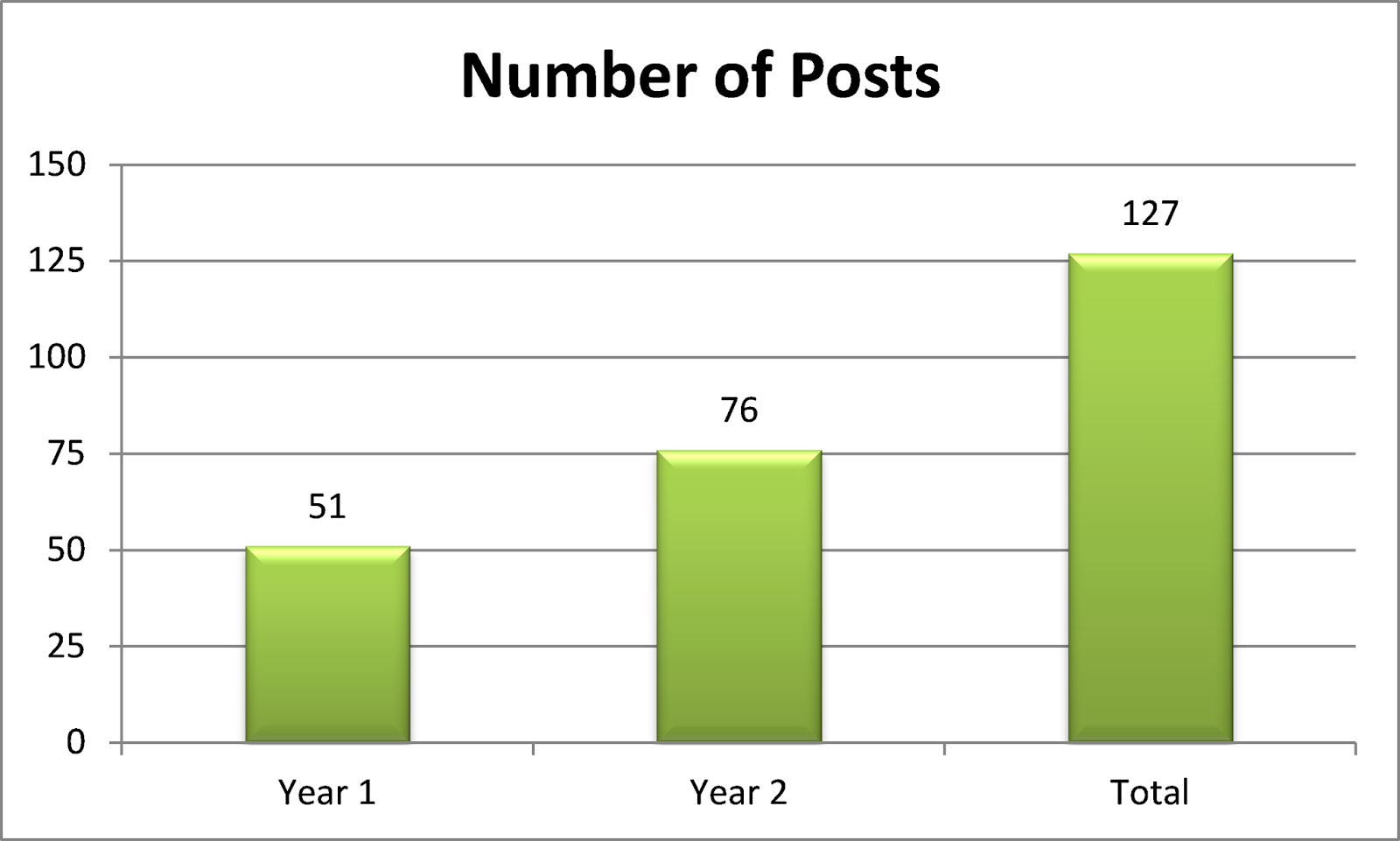 There's also been a considerable uptick in participation on our social pages. Our Twitter account now has 100 followers and there are over 600 people following our Pinterest boards. It's a little crazy and I'm continually amazed and humbled by the feedback that comes in.

Speaking of crazy, the past year could definitely merit that adjective. We've dealt with tragedy, theft, and far too much snow, but we've also helped to get two Kickstarter campaigns funded, raised money on behalf of sick children, and added a distinctly feline brand of affection. The past twelve months have also been privy to the making of two new costumes, the review of nine games, the viewing of four movies, the eating of three kinds of nomnoms, and my first foray into GMing.

Most importantly, the past year has produced some amazing new friendships. I'm immensely grateful for everyone who has journeyed over to this little digital corner of the nets. You guys are incredible. It's been an amazing ride thus far and I look forward to making this experience bigger and better for you.