Oh DC, you and your new 52 are so silly sometimes. We've seen quite a few...interesting aesthetic choices and edits in the newest incarnation of the DC roster and this week it was Lobo's turn to go under the reinvention knife...er...pen. Check out the results here.

Surprised? Well, Lobo is hardly the only comic denizen to undergo a fairly dramatic makeover. Here are 10 of the most noted alterations comics fans have seen to date. 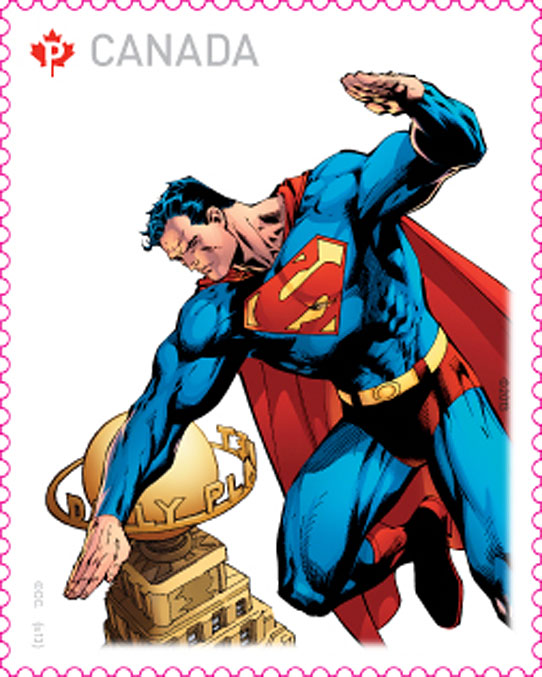 The head-shakingly, face-palmable story of lengths one hacker had to go to in order to edify Facebook on the latter's lax security.

Ever wanted to build your own robot, but don't have a degree in engineering, electronics or robotics? Well, for $350 USD Lego can give you ahand with that.

In a victory for electric car enthusiasts, the National Highway Traffic Safety Administration (aka the government body that gets to crash cars for fun) awarded Tesla Motors with the highest crash-test safety rating ever in American automotive history. Read here about the Model S and its insanely high 5.4 star grade.

Remember last week how we chatted about the Hyperloop and how it would revolutionize mass transit if such a thing could be made? Apparently the guys over at WhiteClouds don't deal well with hypotheticals when they're discussing game-changers, so they whipped together this 3D model of the proposed Hyperloop using 3D printers....in under 24 hours.

Stargazers rejoice! It has been confirmed that, earlier this month, our limited view of the cosmos got a bit more diverse.

Have a minute or two? Check out some of the most stunning, colorful footage of the Aurora Borealis ever caught on video.

It's the roundest (and possibly the most expensive) kilogram on Earth. Here's the extraordinarily precise and spherical results of the Avogadro Project.

Speaking of highly precise, the latest issue of Science describes what researchers believe is the most detailed, precise clock ever created.

Impatient for the upcoming release of Agents of S.H.I.E.L.D? Well, the powers-that-be at Marvel took pity on their loyal fanbase and released these promo stills/videos to help tide usover.

Ever wondered what the best Tetris players in the world do to assert their shape-placement skills? Well, they try to clear as many lines as possible in an absurdly short period of time. Like, say, 40 lines in 20 seconds.

On Tuesday, Microsoft released a list of 23 titles that will be hitting stores alongside the Xbox One when the latter debuts in November.

For those of you still loyal to the Diablo franchise, Blizzard took some time this week to attempt to steal more of your money garner your attention by announcing the title of the forthcoming expansion to Diablo III, Reaper of Souls. Fans will have to wait until BlizzCon for little details like a release date.

Either Bethesda Games has a really great product on hand or they refuse to see the MMORPG reality for what it is. On Wednesday the studio announced that the much-anticipated title Elder Scrolls Online will be subscription-fee based (and also feature micro-transactions). Just some quick math here for you guys: it will be a $60 base game plus $180 a year in subscription fees to get your free-form Skyrim fix.

While some MMORPG-ers cried out for their wallets, others cried out in mourning. Disney announced yesterday that its 10-year-old family friendly digital universe, Toontown, will be meet with the end that Judge Doom sought. The game will officially go dark in its entirety on September 19th.

Since we already gave electric cars a bit of much-deserved love earlier in the post, let's keep to that theme. Meet John Watson, the 73-year-old farmer who eschewed that whole going to a dealership and buying a Prius thing and made his own electric car.

Ok, there's loving your favorite TV show, then there's spending 3 years of your life turning your car into a real-life KITT. Watch the incredibly accurate results of one Knight Rider fan's labor of love.

As always, best wishes for the week ahead!