Happy weekend everyone! And it's a particularly illuminated couple of days here in the Northern Hemisphere. Aside from the extended period of daylight some of us are treated to during the Solstice, last night brought us a glimpse of the so-called Supermoon, as the Moon reached perigee in its terrestrial orbit and appeared, as the name would suggest, especially large and bright to those of us down here on Earth. This celestial show has given me additional motivation to improve on my lunar missions in Kerbal Space Program which, if you haven't played it, I highly recommend. Go check out the demo here. 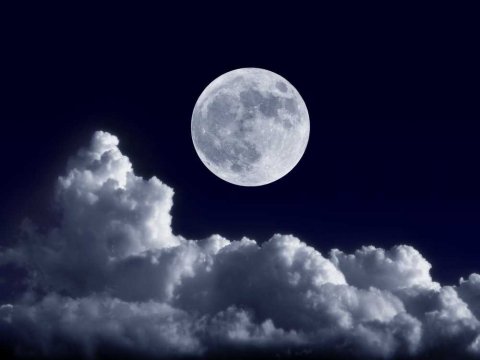 Sony, desperate to maintain its edge over Microsoft in the forthcoming Dual of the Consoles, attempted to make amends for its disastrous 4.45 PS3 firmware update earlier this week. The update had been blamed for bricking a not-insignificant number of PS3s. The company now claims that the issue has been identified and a solution will be available for download on June 27th.

Speaking of the Dual of the Consoles, one of the biggest stories of the week was Microsoft's reversal of its previous stance on used games/title sharing. While this appeased some gamers, others saw less favorable knock-on effects that we'll likely get down the road.

Is death cheapened by the way it is handled in modern gaming? The guys at Games Radar try to parse out the digital blood on their hands.

Amongst the kerfuffle that was E3 this year, it was easy to overlook individual game titles that weren't on the roster of exclusive releases for one of the next-generation consoles. EA attempted to use the post-show calm to explain the name change on one of the more-anticipated titles slated to come out this year. It's not Dragon Age III, it's Dragon Age: Inquisition, and here's the official rationale as to why.

It may already have reached its fundraising goal eight times over, but it's worth a couple clicks to head over to Kickstarter to check out the Omni, a virtual reality suite designed to give gamers the most realistic, immersive experience possible.

As the summer movie season kicks into high gear, we're going to start to see some of the biggest, most elaborate cinematic productions of the year. Aside from your traditional popcorn-fodder action flicks, the season has started to host large-scale animated works as well. This year's big animated release is Pixar's Monster's University.  The Verge sat down with some of the animators to get the latter's account of just how much technical progress has been made in the way Pixar does animation even when compared to last year's major release, Brave.

Ok, we've talked a bit about the seemingly wanton destruction that Superman uncharacteristically wrecks in Man of Steel. We get it; a lot of stuff is rendered into rubble and many innocent civilians were killed. But could you guess the quantity of each? Fortunately, you don't have to. This fairly thorough analysis concludes that your favorite Kryptonian should be stuck with a $2 trillion bill and charges for the wrongful deaths of 129,000 people.

Carbon dioxide does a lot of things. It's an essential repertory vector for both plants and animals, it plays a critical role in major planetary nutrient cycles, and it plays a substantial role in regulating the Earth's base temperature. What if it could do more? What if we could tap it as a fuel source? Researchers at Universite Laval attempted to do just that.

On the subject of atmospheric components, this week scientists posited that Mars was actually blanketed in oxygen about four billion years ago. The findings are far from conclusive, but this would explain quite a bit regarding the makeup of the red planet's soil and give us insight as to the kinds of life our solar sibling may have supported.

Finnish engineers think they may have solved the problem that has vexed the designers of ultra-tall skyscrapers by creating a type of cording that is both very light and extremely strong. If they are correct, elevators would be able to travel vertical distances of up to a kilometer!

This week's issue of Science Translational Medicine detailed the astounding work that has been done engineering adeno-associated viruses to combat retinal degeneration. Say what now? Scientists are

Ever wondered what your outdoor cat does all day? The BBC and the Royal Veterinary College wanted to find out.

Best wishes for a wonderful week ahead!