Posted by Kel
I'm so incredibly excited guys. Yesterday was the 2015 Boston Festival of Indie Games, one of our all-time favorite conventions. It'll take us a couple of days to go through all our notes and draft a full round-up of the event but, in the meantime, you can relive some of the best parts of BFIG via our Instagram postings. What, you say you need more distractions until the round-up is finished? Well then, let's get down to the Week in Geekdom!

Happy 30th birthday to one of the most iconic characters in gaming: Mario.

We have a few potential contenders for the role of Captain Marvel in the Marvel cinematic universe.

Once Captain Marvel is cast, however, you won't be seeing her in Guardians of the Galaxy 2 (nor will you get a glimpse of the Hulk there).

Researchers at the University of Arizona believe they have located an enormous slab of ice resting just below the surface of Mars, further hinting that there may have once been life on the red planet (and raising the possibility for its future habitability by humans).

Also out of the University of Arizona is this research indicating that Jupiter's most volatile moon, Io, may consist of underground oceans of raging magma.

New Horizons has sent us back a new set of images from Pluto and they are some of the clearest, most vivid pictures of the dwarf planet that we've seen to date.

Have we been going about our search for extraterrestrial life all wrong?

We may currently take for granted the ubiquity of Starbucks and other coffee shops, but, it turns out, our addiction to caffeine may be even more long-standing than we previously supposed.

Check out this comic from 2012 that predicted Microsoft's invention of the Surface (and Apple stealing the credit for it).

Engineers at Deltares Research Institute in the Netherlands are now capable of creating the largest artificial waves on Earth. 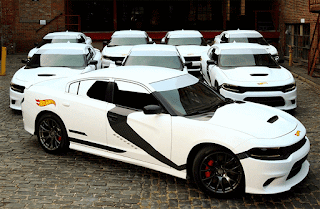 Are you a fan of Star Trek? The Smithsonian needs your help!

Anthony Bourdain commissioned a cooking knife to be crafted from a chunk of melted meteorite. Here are some of the images from that incredible process.

Stormtrooper-themed Dodge Chargers. That is all.

This is possibly the greatest air show in the history of ever.