Posted by Kel
Happy Easter to all you celebrating today and best wishes for a happy remainder of the con for everyone attending WonderCon or Anime Boston this weekend. Woo for convention season getting into full swing! Also exciting: the chance to win a copy of Star Wars: Armada, get your chance by following the instructions here.

Back from getting your entries in? Great! Now let's get down to the week in Geekdom!

Comics as we're experiencing them today are the result of three-quarters of a century's worth of drafting and evolution. In that spirit, here are 50 issues that helped define the modern comics industry.

It seems like something of an April Fools prank, but is is possible that Superman has been in the Marvel universe all along?

Did you know that the Avengers once did battle with the Church of Scientology? Neither did we.

It's become one of the most iconic opening sequences on the small screen, but where did the Game of Thrones intro come from? Turns out there's quite an interesting backstory.

George R.R. Martin will be developing a new science-fiction TV series for HBO (sadly not derived from Tuf Voyaging). The author also claims he's buckling down to finish Winds of Winter in an effort to complete the much-anticipated tome by 2016.

While we're on the subject of Game of Thrones, Miss Maisie Williams, Arya Stark herself, has confirmed that she will have a guest role in the next season of Doctor Who.

Want to get your game on but you're a bit short on cash? Check out these 10 Steam games that are completely free to play.

Speaking of free, click here to play a hybrid of Pac-Man, Space Invaders, and Pong for the low, low price of nothing.

You can also play this level of Super Mario 64 that's been painstakingly re-made in HD.

Fans of Star Citizen have thrown a combined $77 million USD at the title's developers, but, three years after its Kickstarter closed, they have yet to receive a complete, bug-free game.

The guys behind the insanely popular party game Cards Against Humanity have released a science-themed expansion. Awesome bonus: all the proceeds from sales of the new pack going to fund a scholarship (a full-ride for an undergraduate degree) for women in the STEM fields. 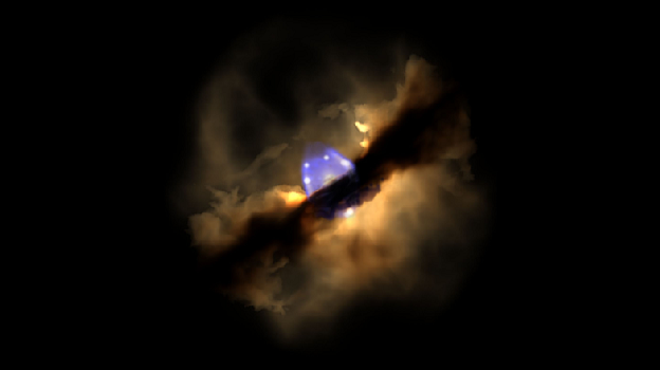 Astronomers using two pictures from New Mexico's Very Large Array have been able to capture the birth of a star. Extra impressive: the images they used were taken 18 years apart.

The technicians at CERN were keen to get in on the April Fool's fun with this claim that they had confirmed the existence of the Force.

The Smithsonian National Air and Space Museum also tried to pull a fast one on Wednesday with this 'exhibit' featuring Wonder Woman's invisible jet.

Researchers at the University of Nottingham were amazed to discover that a nearly 1,000-year-old folk remedy made from garlic is able to eliminate one of the most feared infections of our time: MRSA.

These programmer proverbs will likely prove amusing to all you software devs out there.

We started off this post with a mention of con season getting into full swing. Here's a fun, but poignant reminder of why conventions are so important.