Posted by Kel
Woo for a return to a normal publishing schedule! Part of me refuses to believe that it's already been a week since Gen Con 2014 drew to a close, but the rest of me is quick to point out just how exhausted the GIR and I were and how it's taken the better part of the past seven days to get our HP and Mana levels back to full. Now that the con-inspired sleep deprivation has been rectified, we can tuck into the backlog left by the Steam Summer Sale as well as the fresh-from-the-con board game purchases. <

Also, in a bout of what I'm going to call euphoric madness left over from the Gen Con cloud of woot, I've actually started to lay out concrete plans for next year's costumes. It wouldn't be the first time that the con-happy has inspired productivity. No, I haven't started construction just yet, but plans are definitely in the works. Future posts will give all the pertinent details but, if this comes together as I hope it will, I'll need all the time I can get. In the interim, let's get down to the Week in Geekdom.

The week is probably one that Marvel would like to take a mulligan on. On Monday, the publisher released the art for the November primary and variant covers of several series. One such variant cover was the now-infamous Spider-Woman #1. Marvel has since responded to the outcry that sprang up almost the instant the cover art went public and, I gotta say, it's not too reassuring.

Have you ever tried to recall the point at which a superhero leaped from the pages of his or her comic book and onto the big screen? Well, this extremely detailed infographic will give you an answer to your powered up pondering.

On Thursday, the Entertainment Software Association (ESA) released its annual report on user demographics for computer and video games. For the first time since the ESA started compiling this data, adult women outranked boys under the age of 18 as the largest demographic among gamers. While this seems like it would be a truly groundbreaking finding, the methodology used in the survey is not the most precise (e.g. it counts 7 different expansions of the Sims 3 as 7 different games and doesn't count download purchases, like those via Steam, at all). In short, you'll see a lot of this report being bandied about, but it doesn't begin to provide an accurate illustration of the gaming community.

Xbox One Gold users will get 24 hours of free play time on select games.

Speaking of next generation consoles, the PS4 is somehow selling quite well, but Sony has no idea why. 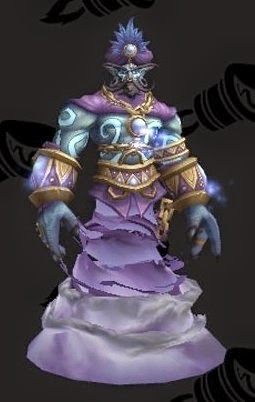 This technically happened last week, but it was too important to not include in this post. Sega Genesis turned 25 years old and here are some of the many reasons why it shaped our gaming careers.

Blizzard has confirmed that there will be a multifaceted NPC coded into the upcoming World of Warcraft expansion, Warlords of Draenor, that will be an active tribute to the late Robin Williams. One of the models associated with this NPC is rumored to be a djinn and...man it's dusty in here...

We got a full-on look at Superman's suit for the upcoming Batman vs Superman movie!

In celebration of the 12-day Simpons marathon on the FXX network, here is a compilation of all the greatest lines from every character that's ever appeared in the ultra-long-running series.

It is a chair. No, it's an exoskeleton. No, no! It's the Chairolution!

They may not be a hoverboard, but Action RocketSkates might be the closest we get to futuristic self-contained transport anytime soon.

Or we could trade our dreams of a hoverboard in for a hoverbike.

A Californian 7th grader is being lauded as having discovered that part of the premise of The Happening is, in fact, real. The findings by the budding infectious disease researcher can be found here.

It's standard procedure to keep a patient awake during brain surgery. It's certainly less common for a patient to play the violin and entertain his surgeons during the procedure.

Steampunk Lego AT-AT. That is all.