Posted by Kel
Hi everyone! The countdown to Gen Con now stands in the single digits. Single digits! That fact alone is making me do a little anticipatory dance in my chair as I type this. Alternatively, remembering that the Best Four Days in Gaming begins just over one week from now invariably results in this feeling:

If all goes according to plan, next week should feature at least the tutorial for how to make the Dr. Mrs. the Monarch costume, but there's a decent chance that there will be bonus entries on top of that. Fingers crossed that all the last minute preparations go reasonably well! In the meantime, let's get down to the Week in Geekdom!

Marvel is trucking along with their campaign of inclusion with the latest edition of Hawkeye which features the titular hero struggling with hearing loss and learning American Sign Language.

The end of this year will also be the end of custody of the Star Wars licenses for long-time publisher Dark Horse. Marvel is already hard at work planning the release of its Star Wars related titles, including this forthcoming Vader-centric release. 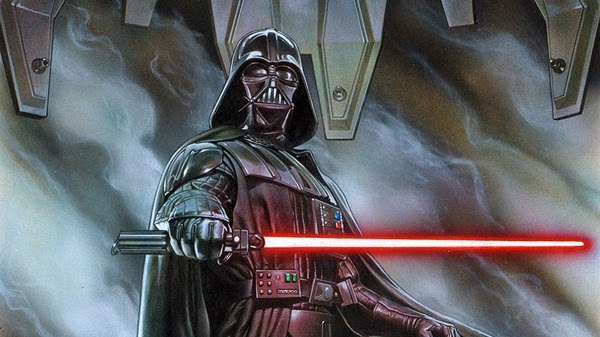 Do you love Batman? Do you also happen to have a couple hundred thousand USD lying around? If you answered yes to both of those, feel free to participate in this auction of original file copies of the origins of the Dark Knight owned by Batman creator Bob Kane.


The Walking Dead is one of the most popular graphic novels on the market right now, but did the series have a medieval predecessor? The British Library believes it has found the forerunner of Kirkman's blockbuster property.

Hot off the success of last weekend, San Diego Comic Con has declared that there shall be no others to bear that suffix. The mega-convention has served its Rocky Mountain Rival, Salt Lake City Comic Con, with this cease and desist letter.

On a final comic-based note, Happy 40th birthday to Wolverine!


The most recent edition of the Journal of Applied Social Psychology contains this study detailing that participants in said experiment who read the Harry Potter series exhibited reduced levels of hostility and prejudice against historically marginalized groups when compared to their peers who had not read the books. In short, reading Harry Potter apparently makes you a better person.

This is Tom Hiddleston's email to Joss Whedon immediately after the former read the script for the Avengers for the first time.

There has been a fair amount of buzz surrounding the still-in-production Ant-Man movie. The latest rumor: that Ant-Man's wife, Janet (a.k.a. the Wasp) will not be included in the new Marvel cinematic canon.

While we're on a Marvel movies kick, this is a the Lego-ized version of the trailer for Guardians of the Galaxy.

Industry insiders concede that PC games are 'decimating' their console competition. PC gamers are too engrossed to feign surprise.


The concept of manufacturing a microwave-based drive for spacecraft has long been dismissed by NASA as an impossibility. On Friday, they recanted that stance and confirmed exactly what a microwave drive can potentially do.

On Thursday, NASA provided a detailed list of exactly what will be headed up to Mars on the forthcoming Mars 2020 mission. This list gives us public viewers a reasonably good idea of what the priorities are for this next sojourn to the Red Planet.

Tuesday was the 99th birthday of Charles Townes, inventor of the laser. This is what the University of California at Berkeley and the town of Greenville, South Carolina did to honor their Nobel laureate progeny.

Chemical engineers at the University of Tsinghua may have a new offering in the push for renewable energy sources with their lithium-sulfur powered batteries.

Quantum Cheshire cats. Yes, they are real and here they are explained.

Forget tents. Check out these portable shelters inspired by origami.

This intrepid graphic designer has re-imagined the logos of all 30 Major League Baseball teams as Star Wars insignia.