Happy Sunday nerderinos! It's snowing right now and, while the precipitation itself looks very dramatic, there's been minimal accumulation. Despite this, the GIR and I have been treating the weekend as though we've been snowed in. The past two weeks have been chock full of changes (all of them good, some of them fuzzy) so it's been very nice to have the opportunity to sit back and enjoy a mellow, cozy few days. Being at home has also allowed for some progress to be made on my costume for PAX, which is especially excellent given that we're now less than three months out from the convention. There will be posts on that over the next few weeks but, for now, on to the Week in Geekdom!

If you've been reading the blog for a little while, you may recall that Klei Entertainment is one of our favorite indie developers. So it was a special treat to get not one, but two announcements from the studio this week. First on the docket is this brief regarding the first DLC for Don't Starve.  The expansion, titled Reign of Giants, does not yet have a definite release date, but Klei assures us that we'll get our clicky paws on the material later this year. Until then, we'll have to console ourselves with the base game and this preview video.

The second of the Klei announcements centered around its forthcoming turn-based tactical espionage game. The game, formerly known as Incognita, was officially renamed Invisible, Inc. after the latter tested better with focal groups. We also got a glimpse of the alpha for Invisible, Inc., which is also now available for pre-order at a 20% discount.

In a move that had gamers alternately shaking their heads and asking "Where was this last year?", Maxis finally admitted that they committed a number of hubristic mistakes with the launch of SimCity. And we all know just how well that turned out. In a belated corrective act, the studio will release Update 10 for the game in the next few weeks. The update will allegedly allow for a wholly offline single player experience, but the damage to Maxis and the Sim City brand is likely far from mended.

This fan-made brawler game based on the He-Man/She-Ra cartoon series is both beautiful and brilliant.

Asteroid mining is one of those sci-fi tropes that has always orbited the realm of the pseudo-plausible. Well, a new Harvard study tips that notion more towards the psuedo and away from the plausible.

In a delicious melding of archeology and biomolecular studies, researchers believe they have identified the ingredients that comprised the ancient Nordic libation known as grog.

In another probable instance of climate change, scientists at the British Antarctic Survey believe that the Pine Island Glacier, one of Antarctica's largest, has now entered a self-sustaining retreat. Oh Pluto, it's about time you got some attention. NASA's fast-moving spacecraft New Horizons is nearing the planet dwarf planet with just over a year to go before it reaches apsis. Armed with LORRI, one of the most powerful long-distance imagers ever made, New Horizons may show us an entirely new side of this snubbed member of our solar system.

Colony Collapse Disorder has been a problem of increasing severity for bee species around the globe. The CSIRO, when not occupied building dragons, has developed these tiny bee-mounted sensors in the hopes of shedding some light on this conundrum.

On Tuesday, the Baryon Oscillation Spectroscopic Survey (BOSS) Collaboration announced that they had measured the universe to an accuracy of 1 percent.

Speaking of the vastness of the universe, it took the prime supercomputer at Germany's Max Planck Society's Supercomputing Centre a month to complete, but researchers at the Centre now believe they have the best possible data concerning the evolution of the 20 million galaxies that make up the known universe.

The past few weeks have been brutally cold for much of North America, but Earth is certainly not alone in its ability to produce polar vortices. Check out these images of polar vortices as they occur in our solar system compatriots.

Yesterday Paramount Studios uttered what will likely be the death knell for physical film with their proclamation that they will henceforth only produce movies digitally.

It's been more than a year since Peter Parker got himself body snatched by the mind of Otto Octavius, but that's a situation that's about to be corrected.

What if the Dr. Who 50th anniversary special was actually an episode of Friends?

Season Four of Game of Thrones is coming:

File this one under: astounding things made during downtime at work. A Japanese university janitor spent seven years drafting this, one of the most complex mazes ever seen. Love it? The janitor's daughter is selling prints of her father's work here.

Detroit hosted its annual auto show this week and, while many companies sought to garner attention with flashy, impractical concept cars, Volkswagen took a decidedly different tack. Frank Herbert fans rejoice, for the newest Volkswagen creation is this Dune-inspired Beetle. 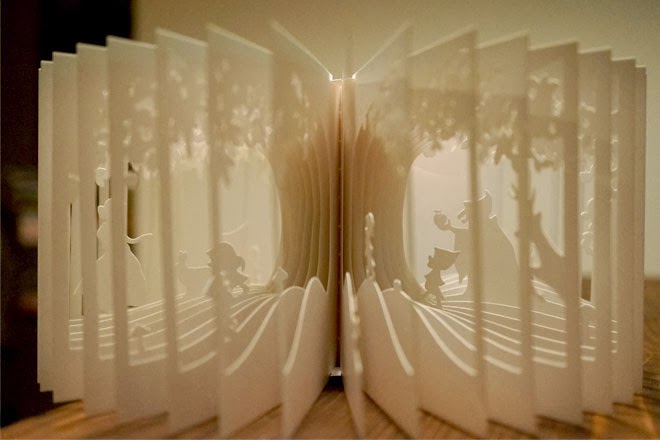 A pair of electrical engineer friends set out to build a model of one of the most successful supercomputers ever made. This is the story of their unique quest.

There are the paper planes you made as a kid and then there's Luca's version of a paper plane. The latter took five years and hundreds of manila folders to complete.

I leave you with this awesome video of a Chrono Trigger run by Awesome Games Done Quick that netted a million dollars for the Prevent Cancer Foundation. As always, best wishes for an excellent week ahead!