And 2014 is off and running! It's been a very snowy start to the year, but these Hoth-like conditions have provided ample opportunity to catch up on quite a bit (not least of which being a return to a regular posting schedule). It's not quite a resolution, but I'm determined to not let all the purchases of the recent Steam Winter Sale sit uninstalled and idle in my library and being snowed in is a perfect excuse to game with impunity. Next week will kick off the cosplay posts for 2014 but, for now, This Week in Geekdom!

To say Wolverine is well-known in the world of comics would be just a bit of an understatement. But, was the concept for this infamous member of the X-Men stolen and the creator left unaccredited for the past 4 decades? Bleeding Cool sought to find out. 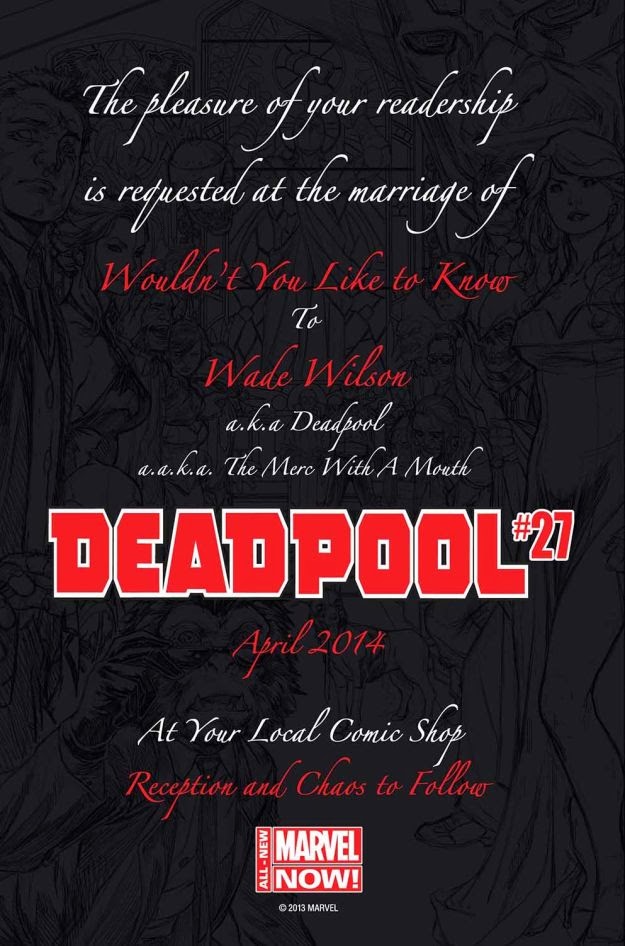 2014 is shaping up to be a pretty big year for the Merc with a Mouth. On Thursday Marvel released these teaser images from what appears to be Deadpool's upcoming wedding. Whether this legitimately part of the overarching Deadpool story arc or an elaborate prank on readers (given the character and the non-specific April release date) remains to be seen, but we'll learn the truth soon enough.

It was only a matter of time. The proclamation came down on Friday afternoon from Disney/LucasFilm that the license for Star Wars comics was being withdrawn from long-time publisher Dark Horse and given to the 'in house' producer of graphic novels: Marvel. Marvel will start releasing Star Wars comics beginning in 2015 to coincide with the release of Episode VII.

Antarctica has gotten quite a bit of press recently, but the frozen continent has yielded up more than ship-entrapping ice in the past week. Technicians associated with the New Zealand Antarctic Heritage Trust have processed and carefully restored an unearthed (or un-iced) set of 100-year-old negatives. Click here to glimpse some of the results.

Speaking of the frozen bookends of Earth, let's transition over to the opposing hemisphere for a moment. The newest edition of the journal Nature describes the work of researchers in Greenland who discovered a colossal aquifer 'lake' within the world's second largest ice sheet.

The parliament of the United Kingdom is

As mentioned last week, 2013 was a pretty significant year for many scientific fields. Archeology was no exception to this trend and the BBC has compiled this synopsis of the year in excavations.

While it's widely known that, 14 billion years after the Big Bang, the universe is still expanding. However, the fact that this expansion is taking place at an increasing rate has long been a source of consternation to physicists. Researcher Craig Hogan may have solved at least part of this mystery. Read here for his conclusions, which may delineate where quantum physics ends and cosmic physics begins.

It may not look like any gecko that traipses this planet, but the European Space Agency has adopted the nomenclature for Abigaille, their new horizontal-to-vertical 'gecko-bot'.

Ford made waves in the auto-making world this week with their announcement that they will be engineering and releasing a hybrid concept car that will be at least partially powered by photovoltaic cells. Additional details on this would-be solar car will be released in the next few days during the International CES.

Pancreatic cancer is incredibly challenging both to effectively detect and to treat. However, these difficulties may soon be a thing of the past. The latest edition of the journal PNAS details the potentially groundbreaking findings of scientists at the Cancer Research UK Cambridge Institute.

It took DeviantArt user Unrellius 14 months to create this poster-style depiction of every character to ever appear on Futurama. Bonus: the image is 100% free to print!

When it comes time to tender your resignation you could compose  a letter or go outside standard protocol. Avid Trekkie David Waddell chose the latter, announcing his departure from the local legislature of a North Carolina town with an announcement in Klingon.

Artist Luke Jerram's latest collection is a unique blend of stunning visuals and harrowing pathology. Jerram re-created some of the deadliest and most virulent microorganisms in delicately hand-blown glass. The results are more than a bit surreal.

The snow on the ground right now is too light and fluffy to make snowmen, but nerds in other cold weather locales are not so afflicted. Check out these 30 snowmen based on characters and scenes from Calvin & Hobbes.

I leave you all with this smile-inducing image of Sirs Ian McKellan and Patrick Stewart celebrating the new year together. As always, best wishes for an awesome week ahead! 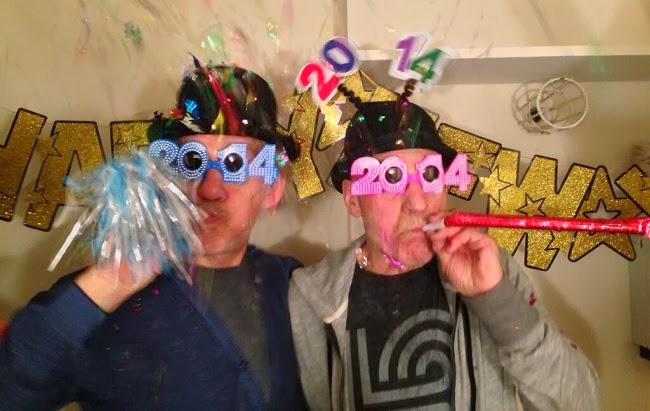