And what a week it was. But we've seriously had enough of that already. The only allusion I'll make to that strife is that the organizers of Boston Comic Con, which was to have taken place this weekend, are still working to reschedule the event. You can find updates about the date shift and details regarding their refund policy here. 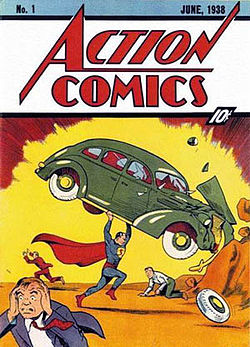 75 Years ago Thursday, the world was first introduced to Superman in Action Comics #1 and nerdery, as a whole, would never be the same.

As we gear up for E3 and the potential release of details for a handful of new consoles, the guys over at Gaming Illustrated break down how exactly the Playstation 3 was able to push past a very slow entrance to the gaming market and became the best-selling console of the past few years.

For those of you looking to get a gaming fix at work, but still look like you're working, an inventive and meticulous gamer accountant has a solution for you.

After years of enduring the persistent pleas of non-Japanese fans, Nintendo has announced that it will release the beloved RPG Earthbound to US gamers via the Wii U console.

Further proving that Sim City is, in fact, just a giant marketing platform, EA released a new bit of "DLC" brought to you by the fine folks behind Crest toothpaste.

The Museum of Modern Art inducted 14 classic video games into its galleries as part of a new exhibit, "Applied Design." The curators broke down which games made the cut and which were significant, but were too lengthy or complex for visitors to play (as it's an interactive exhibit). Foremost amongst these excluded works was none other than the original Sim City. The Museum was quick to point out how groundbreaking Sim City actually was, which was a poignant reminder of just why it's so frustrating to see where the franchise has gone since then.

Speaking of classic video games, because our attempts to create AI have apparently become bored looking at cat videos on the internet, intrepid comp sci PhD Tom Murphy developed a program that can play first edition NES games on its own. At least now our robot overlords will have plenty to occupy themselves with after they enslave us all. We can't have unhappy overlords now can we?

Ever wondered what companies did after scientists succeeded in sequencing of the human genome? Turns out, they've been cordoning off individual genes and patenting them. After decades of this, and with about 40% of the human genome now considered proprietary intellectual property, the US Supreme Court is set to make a potential ruling on this practice.

File this one under "Things We Thought We Understood, but Flagrantly Don't." Turns out protons, which physicists believed they had a decent comprehension of, may actually be much smaller than previously thought. Whether these particles sometimes shrink or if our methods of measurement have improved since we went all sub-atomic remains to be seen.

In another entry to the above list, that whole Hubble Constant thing that physicists have been using to generate theoretical models of the birth of the universe? Yeah, it's not actually constant at all.

As a kid, you may have been bombarded with anti-drug public service announcements. If, at any point during said onslaught, you thought to yourself, "This actually might make people want to do drugs," you may have been right.

While we're on the subject of stuff you did in the halcyon days of your youth, did you have a favorite type of dinosaur? Did you ever wonder which kind of mega-reptile you'd be if you lived during the Cretaceous Period? The Discovery Channel has this fun little quiz to help prove that yes, you are a Triceratops through and through.

Remember a few weeks back when we talked about the Roadrunner supercomputer being decommissioned? Well check out its successor: the Titan.

Fie on you 2nd Law of Thermodynamics! This new solar cell can generate 2 electrons per 1 photon!

We were treated to a veritable treasure trove of trailers this week. (Treasure Trove of Trailers is my deep south sea chanty cover band) Check out new footage of the destruction of Krypton in this Man of Steel trailer and get a glimpse of life after the 74th Hunger Games in this Catching Fire trailer. You can also check out new footage for:

While we're on a mini-movie binge, I highly recommend you take a look at this spot for Joss Whedon's upcoming neo-Shakespearan project, Much Ado About Nothing. That concept might sound a bit strange, but Whedonites won't be surprised to learn that the director is a huge fan of the Bard. This whole idea was borne from occasional "play slam" parties that Whedon hosts for his actor buddies. I can't conceive of just how much I'd pay to see Nathon Fillion and Amy Acker taking on iambic pentameter.
TV 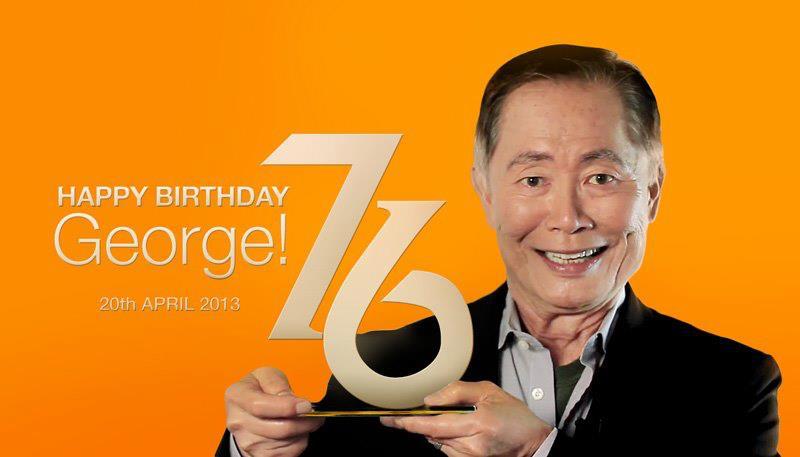 Literary nerds rejoice! This European company seeks to address the rapid digitalization of books by printing classic works on a number of unorthodox physical surfaces. Now you can read Peter Pan from your t-shirt and Moby Dick from your shower curtain!

Fancy yourself a grammar guru? See if you can pass this test.

This economic PhD candidate may have debunked what was considered the fundamental baseline regarding the "link" between governmental spending and a country's economic growth.


Here's wishing everyone a much better week ahead!