Posted by Kel
Hey everyone. Hope you're all having great weekends thus far. With the Summer Sale in its final hours and my surprisingly persistent side project finally complete the GIR and I can buckle down and begin the sprint towards Gen Con 2014. Bonus: there are at least 2 more weeks of World Cup to provide welcome diversion during the many hours that will be spent sewing. That's all well and good, but there are still many weeks between now and then, so let's get down to This Week in Geekdom.

It's no secret that life for a comics publisher that isn't Marvel or DC is often precarious at best. SLG Publishing, the label that brought us titles like Johnny the Homicidal Maniac and Skeleton Key is actively exemplifying just how tough the market is on indies. On Thursday, SLG launched a GoFundMe campaign in a last-ditch effort to keep its doors open. You can visit the page here if you'd like to help keep SLG alive.

Speaking of long-standing, much beloved properties, I give you the trailer for Monty Python: Ministry of Silly Walks.

We don't have a publication date for Winds of Winter, but Martin was content to tease us with give us this handful of details about the much-anticipated volume.

This is as official a confirmation as we're likely to get that Lady Stoneheart will not appear on Game of Thrones.

The 8th season of Dr. Who will premiere on August 23rd.

Though we're just over a month out from the premiere of Guardians of the Galaxy, rumors continue to swirl about the role that Nathon Fillion will be playing.

Director Roberto Orci confirms that the next Star Trek movie will be set in 'deep space' as part of a 5-year mission undertaken by the crew of the Enterprise. The as-yet-unnamed film is set for release in 2016.


Guillermo del Toro has confirmed that there will be a Pacific Rim 2. We're slated to get more giant robot/kaiju battles in April of 2017.

While we have to wait a few years for the movie, Nestle aims to give us a bit of Star Trek technology in the form of a food replicator. Code-named 'Iron Man', the replicator is just one of several technologies Nestle hopes to use to combat malnutrition worldwide.

We may have given the speed of light too much credit. Evidence is mounting that light may travel slower than what we'd supposed.

We may not yet be able to produce x-ray specs, but we do have x-ray guns.

Humans have long pondered the question, "Are we alone in the universe?" This is, perhaps, the most comprehensive response that's been compiled to date.

Though we may not yet have met any galaxial neighbors, SpaceX and its ilk are keen to forward humanity's quest to reach for the stars. Back in April, Elon Musk's spacefaring company launched its Falcon 9 rocket but difficulties encountered during the capsule's ocean splashdown prevented SpaceX from recovering valuable video footage of the process. This is how hundreds of volunteers worked together to restore these critical images.

NASA's rover Curiosity has been on the surface of Mars for 1 Martian year.

Remember that time that Google accidentally made Skynet? 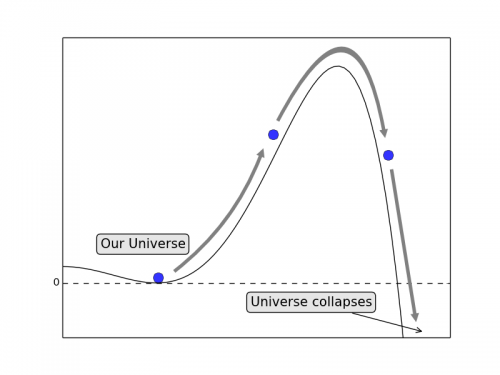 The more we learn about the Higgs boson, the more questions seem to arise. The latest quandary derived from this elusive particle: should the Higgs boson have caused our universe to collapse?

These gifs are both mesmerizing and beautifully illustrative of various mathematical principles.

George Lucas has selected Chicago to be the site of a Star Wars museum. The Lucas Museum of Narrative Art is slated to open its doors in 2018.

In honor of the World Cup, here's this fun factoid: you are more likely to be bitten by Uruguay's Luis Suarez than you are by a shark.

Also, those present in Brazil for the World Cup (in addition to those denizens of Brazil) can enjoy the tournament with less risk of contracting dengue fever thanks to genetically modified mosquitoes.
As always, best wishes for an excellent week ahead!