Posted by Kel
Hi everyone. Sorry for the gap between posts. Work and, well, life got a bit crazy last week and effectively derailed your regularly scheduled reading. Also, World Cup. My bracket is completely annihilated at this point, but the action is still capable of making off with an entire day. Fortunately, this past week was chock-full of geeky goodness so we can leap back into the swing of things with This Week in Geekdom!

I gushed about this on the social media sites on Friday, but I'm still psyched that the third season of the Legend of Korra will be premiering next week! Check out the official trailer!

Why video games should be played in person with friends rather than online with strangers.

It's been more than 30 years after Super Mario Bros. made its global debut and players are still finding glitches.

Are you a League of Legends player planning to attend college in the next few years? Robert Morris University in Illinois is offering a scholarship to those it is recruiting for its new varsity eSports program. That's right, you can attend college based on your gaming prowess.

Despite the name, you don't actually need to be a geometry whiz to love the very addicting (and free) Euclid: the Game.

On Tuesday it was officially announced that Jason Mamoa (of Khal Drogo fame) will be playing Aquaman in the still-without-a-title Batman vs Superman movie.

Speaking of neuroscience, this movie may be only 15 seconds long, but it has the potential to revolutionize our understanding of neural networks. Behold the first video of a functioning brain.

Humans have grappled with attempts to explain the concept of free will for milennia, but the latest edition of the Journal of Cognitive Neuroscience presents findings that may finally provide us with an answer.

Our favorite CEO/part-time Bond villain Elon Musk gave an interview to CNBC this week in which he detailed his plans to make interplanetary travel a reality and bring fully electric cars to the mass market within the next three years. The summary of this interview can be found here.

What happens when a bioengineering lab and a textile mill collaborate? You get Monster Silk, the world's first fabric woven from synthetically produced spider silk. (link is not for the arachnophobic)

The new edition of the New England Journal of Medicine details one father's efforts to create a 'bionic' pancreas for his son and his work may transform treatment methods for individuals living with Type 1 diabetes.

Why wait around to observe a naturally occurring supernova when you can just create one in your lab? The latest edition of Nature Physics describes the work of a team of researchers based in Oxford University who have been able to create tabletop-sized supernovae.

Earlier this week the U.S. Supreme Court handed down this watershed decision that will undoubtedly change the landscape of software patents for years to come.

Just how smart are fish? This study, presented in the June edition of Animal Cognition, contains the surprising answer.

In 1961, a 13-year-old fanboy wrote a gushing letter of appreciation an adoration to his favorite comics publisher, Marvel. That fanboy was George R.R. Martin. 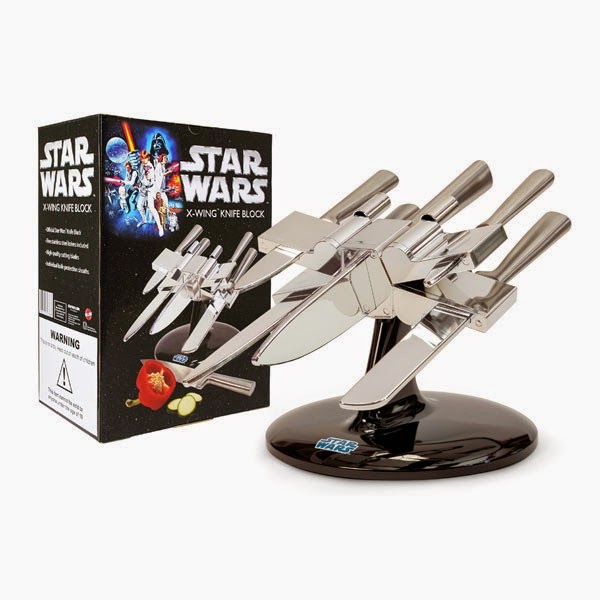 Check out this perfect kitchen addition for the Star Wars loving foodie in your life.


Ever wanted to travel outside of Earth's atmosphere? If you have $10 USD, then Urgency Network would like to give you a chance to make that wish a reality.

Paleontologists rejoice! After a closure spanning more than two decades, the La Brea Tar Pits will be re-opened to the public.

What do your favorite RPG characters do with their time when you're not playing them? The new webseries "Cubicles & Careers" depicts the days in the lives of these classic fantasy mainstays.