Posted by Kel
Sorry for that bit of radio silence last week guys. Event registration for Gen Con, while awesome, can often be a bit stressful even if it goes smoothly. But registration is now complete, leaving the GIR and I to exercise patience every time we click by the master countdown clock. Fortunately, the interim between now and the Best Four Days in Gaming is chock-full of new titles for gaming of the electronic variety. First on this List of Excellent Distractions is a game that has been gracing the blog for over a year now: Transistor. 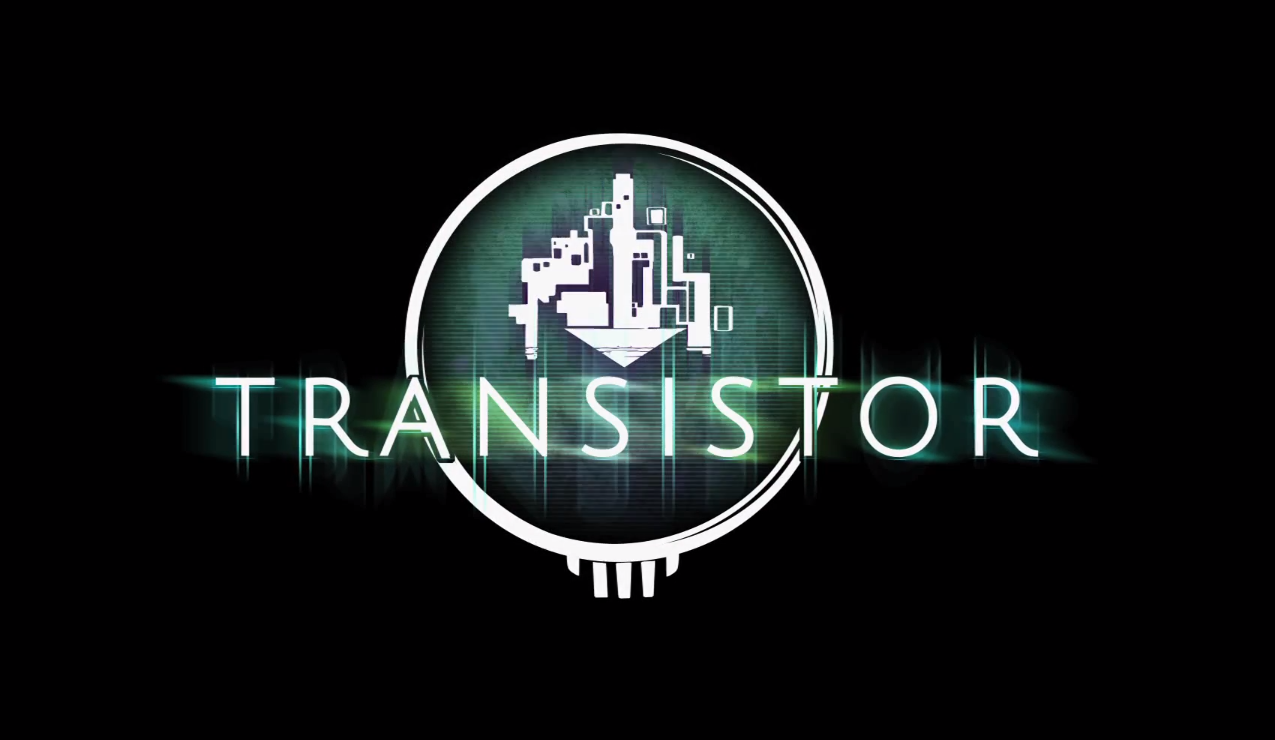 Oh come on Kel. You cosplayed as Red for crying out loud. How are you going to be even close to objective here?

Fair question. Basically the content of this, my formal review of the game, is rooted primarily in actually playing whereas the impetus to cosplay as the protagonist was derived largely from the overall premise and aesthetics of the title since the demo offered only the barest of glimpses into the playing experience. That being said, I won’t lie when I carried considerable expectations for this game. There was a period last year while I was working on the costume and Supergiant Games was silent about its development schedule that periodically spurred the mental monologue that so many of us have had once we get attached to a title without a firm release date. It was a lot of, “Man, those guys haven’t said anything in a while. There’s so much hype about Transistor. It was so fun to play the demo; I hope it actually gets made within the next few years...or ever.”

Supergiant didn’t disappoint and managed keep the release in the first half of this year, only a couple months behind the March 2014 date that had been touted back at PAX East 2013. For a studio of only 10 people, not only being remotely close to schedule but making the release a simultaneous one for multiple platforms (PC and PS4), is no small feat. However, sticking to a timeline would be a molehill compared to the mountain of pressure stemming from the expectations attached to the successor of one of the biggest indie hits of 2011/2012. Does Transistor live up to all that?

Yes, for the most part.

Is it perfect? No. Is it deeply satisfying on both a playable and overall experiential level? Definitely.

Fans of Bastion will immediately pick up on the many macro-level similarities: the silent protagonist, the isometric game layout, iterative combat, and the nonlinear central narrative all feature prominently. This doesn’t imply that Transistor is a reskinned version of its older brother, just that Supergiant keyed in on the elements which made Bastion work so beautifully and worked to enhance them for the successor title.


Transistor begins en media res with protagonist Red taking custody of the eponymous weapon, a large futuristic sword, as she desperately attempts to flee the faceless assassins that nearly succeeded in their attempt to slay her mere moments before. The sword speaks to Red with the voice of a dead man (Bastion narrator Logan Cunningham), the victim of the aforementioned attack, whose essence now lives on in the glowing blue-and-red blade. As Red continues to flee, she is beset by the Process, a semi-sentient cybernetic army apparently bent on her destruction.

The combat mechanics with which you dispatch these robotic adversaries is largely what sets Transistor apart from Bastion and most other ARPGs for that matter. The Transistor grants the player the ability to temporarily stop time and lay out a defined plan of attack, effectively making for a combination of real-time and turn-based strategy. You’re allowed a finite amount of moves/actions during the stopped-time planning phase, but you can manipulate your plan as much as you’d like before setting it into action. After you set Red on her blindingly quick course of personal defense she becomes vulnerable for few moments, markedly slower and unable to wield the powers of the Transistor. While this period is literally only a few seconds in length, it can easily make or break the course of combat. The player quickly learns that it’s invaluable to include an escape route or the use of cover into their planning.

While we’re on the subject of learning curves, Transistor assumes that the player is quick to pick up on just about everything. There is no guidance beyond what the Transistor actually relays to you, either via its monologue or your interaction with the ‘access point’ terminals. The latter allows for periodic upgrades, game saves, limiter application (which we’ll get to in a minute) and repairs. As you survive rounds of combat and make your way through the changing cityscape of Cloudbank you both gain experience and learn about the nefarious plot of the shadowy cabal known as the Camerata. Experience most commonly translates into new Functions, or abilities that you can imbue the Transistor with at the access point terminals. Each Function can assume an active, enhancing, or passive role, allowing the player to create a completely customizable experience each time they enter or exit combat. For example, the basic attack Function, Crash(), can be augmented by adding the Function Bounce() as an enhancer, which would then cause subsequent Crash() attack damage to chain to multiple targets. There are 16 unlockable Functions, each with their own Memory and Planning costs, and only 4 may be equipped as active skills at one time. VentureBeat put together this handy guide of all possible combinations of Functions. Creating novel combinations of Functions is easily one of the most enjoyable aspects of the game, allowing the player to range from straightforward assaults to gleefully satisfying overrides of the Process that cause your assailants to target one another.

Making yourself familiar with each Function is definitely worthwhile, as you’ll often be forced to think on your feet during the course of each round of combat. Aside from the hard limit of your action bar in the planning phase, the game enacts a different sort of constraint should the fight not go your way. Instead of having Red die, the Transistor will lose one of the four primary Functions each time her health wanes to zero. The lost Functions can only be recovered after Red survives one or more additional combats without them.

Limiters exist alongside Functions as Transistor applique that you earn in the course of your playthrough. These add-ons are the inverse of their helpful counterparts, serving to strengthen the Process in each combat where they are used.

Wait, so Limiters make the game harder? Why would you do that?

Each Limiter comes with a distinct in-game effect and an associated experience bonus. For example, one Limiter might cause the Process to create more opportunities for enemies to regenerate, but would also award the player with 2% more XP. Also, the Limiters give the player an added degree of control over their actual playing experience, allowing you to tailor the difficulty as you see fit.

In addition to the various modular pieces of the Transistor, the cyberpunk city of Cloudbank reaches out with opportunities for the player to customize his or her gameplay. There are countless places for Red to explore, with the prolific network of the city itself interfacing with the Transistor to offer alternately amusing and useful tidbits about her surroundings. Players can choose whether or not to engage the burgeoning civil disorder that threatens to push Cloudbank from precariously controlled urban center to authoritarian dystopia (and beyond, but there will be no spoilers here). The visuals that make Cloudbank come to life are exquisite, a rich combination of animation styles that segregate real-time from a series of flashbacks. Furthermore, some of the aesthetic features testify to the nature of Cloudbank itself, at one point offering the player, as a citizen, the chance to vote on the color of the sky. 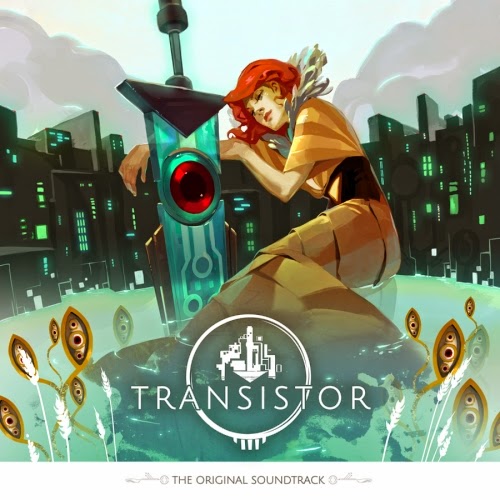 Add to this a soundtrack that fits this unique work of science fiction like a glove. Alternating between fevered and smooth, the various songs all exude a haunted quality, particularly after it becomes clear that most are the works of Red herself, now rendered voiceless. The entire array of tracks can be purchased either in a bundle with the game or separately via Steam, iTunes, or the Supergiant website.


Trying to play on release day proved a bit challenging at times; the game would lag and stutter frequently, resulting in some amusing animation glitches. Supergiant has already released one set of updates that aim to address the majority of these, and the overall experience will likely continue to stabilize over the next few weeks. While I appreciated not having every aspect of the game spoon fed to me, the lack of any explanation at all sometimes fostered frustration. For example, about an hour and a half into my game I gained access to the Speed Trials which, as you can guess, prompt the player to defeat all enemies within a specified time limit. The Trials come with pre-set skills in your Transistor, many of which I hadn’t encountered in the game yet, so it took a degree of trial and error to figure out what each did. None of the above detracted all that much from my overall enjoyment, but it's worth noting that there will be periods in which you may be stymied. Some players may be off put by the speed at which the game can be completed (I've seen posted finished times in the 5 to 6-hour range), but there is a high degree of replayability, including the game+ continuation option, and the actual playthrough time can easily be extended if you choose to explore the board extensively. If you're still miffed at the idea that the game could be over in 5 hours, just think of this: at $19.99 USD, the game is a bargain when compared to the per playable hour rate of Diablo III.

The actual pacing of the game may irk some players. After a slow start, Transistor snaps into a breathless sprint that doesn't relent until the very end. If your attention wanders elsewhere for even a few seconds, you may miss critical plot points and find yourself wondering what's going on further down the road. The third act, while still compelling, feels rushed and a bit rough when compared to the rest of the game. I agree with Rock, Paper, Shotgun's assessment that the game could have been much stronger with a few tweaks to this portion of the narrative.

Depite these shortcomings, Transistor is a stunningly beautiful and highly innovative experience that squashes any notion of Supergiant Games being a one-hit wonder and it should be considered a win for indie publishers as a whole.