Nerd Life: The Many Faces of Geeksploitation

Posted by Kel
Holy fiery space debris Batman! If, for whatever reason, you had no inclination to partake in the manufactured festivities that tend to characterize Valentine's Day (at least in the States) the past few days held no shortage of headlines of both cinematic and straight-from-the-big screen varieties to hold your focus. The footage of the meteor impact was as incredible as it was terrifying. Something I found particularly surreal was just how accurately this sort of event has been portrayed in a variety of media. Computer models of various impact scenarios probably deserve a lot of the credit for that and, while Armageddon still deserves its role as conveyer of all the errors for those employed in the aerospace industry, it was striking to see that other depictions of this instance of science fiction-cum-fact weren't too far from the truth. Of course, we can banter about such things largely because those individuals harmed by the impact are expected to make a full recovery.

The world of science fiction was not without its own major developments. We got word that maybe, just maybe, Harrison Ford will bring Han Solo to the new Disney-driven Star Wars trilogy. There is a subset of Geekdom that seems to applaud this, another that decries this, and the remaining majority that regards the entirety of the project with a spectrum bookended by heavy skepticism and deep-set cynicism. I'm definitively within that majority. Star Wars has been a subject of personal adulation since second grade and I'd be remiss if I didn't admit that Episodes I-III left a number of scars. Aside from the emotional toll they wrought on most of the fan base, the prequels firmly underscored the principles that Lucas wanted the franchise to operate under. In his mind, the Star Wars Universe was A) meant for a grade school audience and B) designed to generate absurd profits in licensing and merchandising. I say 'was' because I, like many fans of the goings-on in that galaxy far, far away, now hold a modicum of optimism regarding Episodes VII-IX simply due to the fact that Lucas is no longer behind the wheel.

The rumors of Ford taking up the mantle of the Galaxy's Most Lovable Smuggler once again cause shudders throughout the whole of Nerdery largely because this casting is the first of several major indicators that we, as fans, will get regarding the direction of the new trilogy. We hear these things and can't help but ask what's on all our minds: Is he coming back because he actually wants to be Solo again or is this just what the studio thinks we want to see and/or lets Ford cash a paycheck? It's hard not to be cynical here, particularly when Ford's dislike of playing one of his hallmark characters bordered on vehemence for the past few decades. The likelihood of those feelings just evaporating upon the announcement of a new trilogy seems a little less than coincidental. 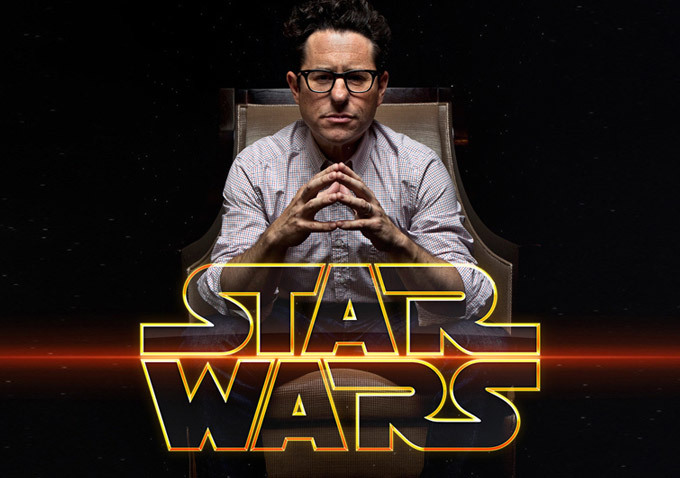 The confirmed selection of JJ Abrams as director for at least the first installment of the new trilogy has had a similar, if not quite so divisive effect. Ostensibly, a good portion of that stems from the age-old rivalry between those who prefer their Star titles to terminate in 'Trek' versus those who champion the suffix 'Wars', but this reaction is a bit more complicated than that storied bifurcation. Few of those who've seen Abrams' rendition of the Star Trek universe can find serious fault with his reverent treatment of the source material which, in turn, resulted in a final product that was both innovative and satisfying to existing fans. This would normally be promising right? We'd get a director who has a track record of tactful ingenuity when working with properties that have extensive and complicated history. I mean, the man initially declined the directing gig because he was daunted by the sheer cultural enormity that is Star Wars. The source material on its own is so expansive and dense as to have inspired everything from college courses to government-recognized religions. It'd require an enormous effort to accurately capture in its own right but now, post-prequels, the premise of true authenticity will undoubtedly weigh heavily on all those attached to this project. Isn't this a good thing? Of course; it has the potential to be a truly great thing. We can only hope that Abrams and other members of the creative team are allowed the same breadth of interpretation they enjoyed with Star Trek when they finally get their hands on Star Wars.

At this point in the Cycle of Popular Culture, we've seen examples of complex source material receiving appropriate treatment when taking said property from one form of media to another. The Lord of the Rings is probably the best instance of this but, as we saw with the Hobbit, there are limits to just how far that level of scholarly devotion will extend in terms of the finished product. I have no doubts that Episode VII will be the recipient of nearly-innumerable resources. The real question is: will it all matter?

Our epic levels of fanaticism for beloved properties are one of our defining characteristics as a subculture. Regardless of what ends up going down with this movie, fans of Star Wars will, undoubtedly, cause midnight showings at theatre after theatre to sell out on release night. (I know, because I will almost certainly be in that light saber-wielding crowd) Merchandise will be purchased and forums will overflow with every sort of response from geeks around the world.  Episode VII can exploit our immeasurable adoration with gusto if studio execs wished it so. So, if all this is as close to foregone as a conclusion can be, why worry about the quality of the movie itself?


Because, even at this very early stage, those studio administrators masterminding the production of Episode VII appear to be making, or are trying to make, choices and decisions with us in mind. As we've discussed before, for all our raging and reputation for being impossible to please, some industry professionals do recognize that we are a formidable demographic, due in no small part to our considerable capability for information sharing and raw purchasing power. Yes, we're likely to spend our hard-earned cash on this film but, as the leadoff piece of a new trilogy, the guys at Disney seem to realize that pissing us off will ultimately tarnish their product as a whole. Disney has the luxury of having two disparate but firmly established precedents in hand before production of Episode VII even begins in earnest. One the one hand you have the much-maligned prequels and the backlash against them that reverberates throughout Geekdom nearly a decade later. On the other you have last year's release of the Avengers, one of the top-grossing films of all time. One of these treated the source material respectfully and sought to cater to its nerdy core demographic while simultaneously not isolating the general public. The other was essentially a pet/grudge project that brusquely turned away from the adulation of its primary fan base. One of these generated $1.5 billion in one year as a single movie (tack on an additional $1.3 billion from 6 other movies in 7 years if you count the single hero-centered movies that led up to the Avengers), the other generated $1.2 billion with three movies over 6 years. You don't have to be adept at math to see the disparity in those returns.

The message is pretty clear. When we nerds are happy, we're capable of momentous action. At present, amidst the Nerdaissance, our presence in popular culture is such that we see instances of caricature and exploitation fairly frequently. While we often see these in a negative light (yes, I'm looking at you Big Bang Theory and King of the Nerds), we cannot be blinded to the positive potential of having our basic characteristics leveraged for upcoming projects. Our fanaticism is what brings things like the Avengers and Episode VII to cinematic life. While it's tempting to concede to pessimism at times, we cannot ignore the fact that we do, in fact, have a voice as a demographic. As always, it will be our mindful, tactful interaction and participation with the industries that produce the content we crave that will shape both being and business.


Ok Disney/Abrams/Studio Powers-That-Be. The ball is in your court. Don't let us down. (no pressure)