Posted by Kel
Happy (almost) New Year everyone! Here's hoping that you all have a safe and wonderful transition to 2013. In the spirit of new beginnings, I wanted to close out 2012 with the first of a couple new series/features that will be introduced over the course of next year. One of the more persistent lines of questioning I've gotten concerning the blog is:

You review books and games, so why don't you review movies?

The answer to that used to be that I didn't actually watch all that many movies while they were in cinematic release and thus couldn't draft up a review in a manner timely enough wherein you guys would find it useful. However, a shifting in the tectonics that comprise that beautiful thing known as Free Time has made this no longer the case. As such, there shall be movie reviews!

Granted, even after that little explanation this review is not terribly prompt in terms of the number of days that have elapsed since initial release but A) there are quite a few readers based outside the US for whom the movie has not yet reached theatres and B) the movie, as part of a trilogy, has long-term implications. 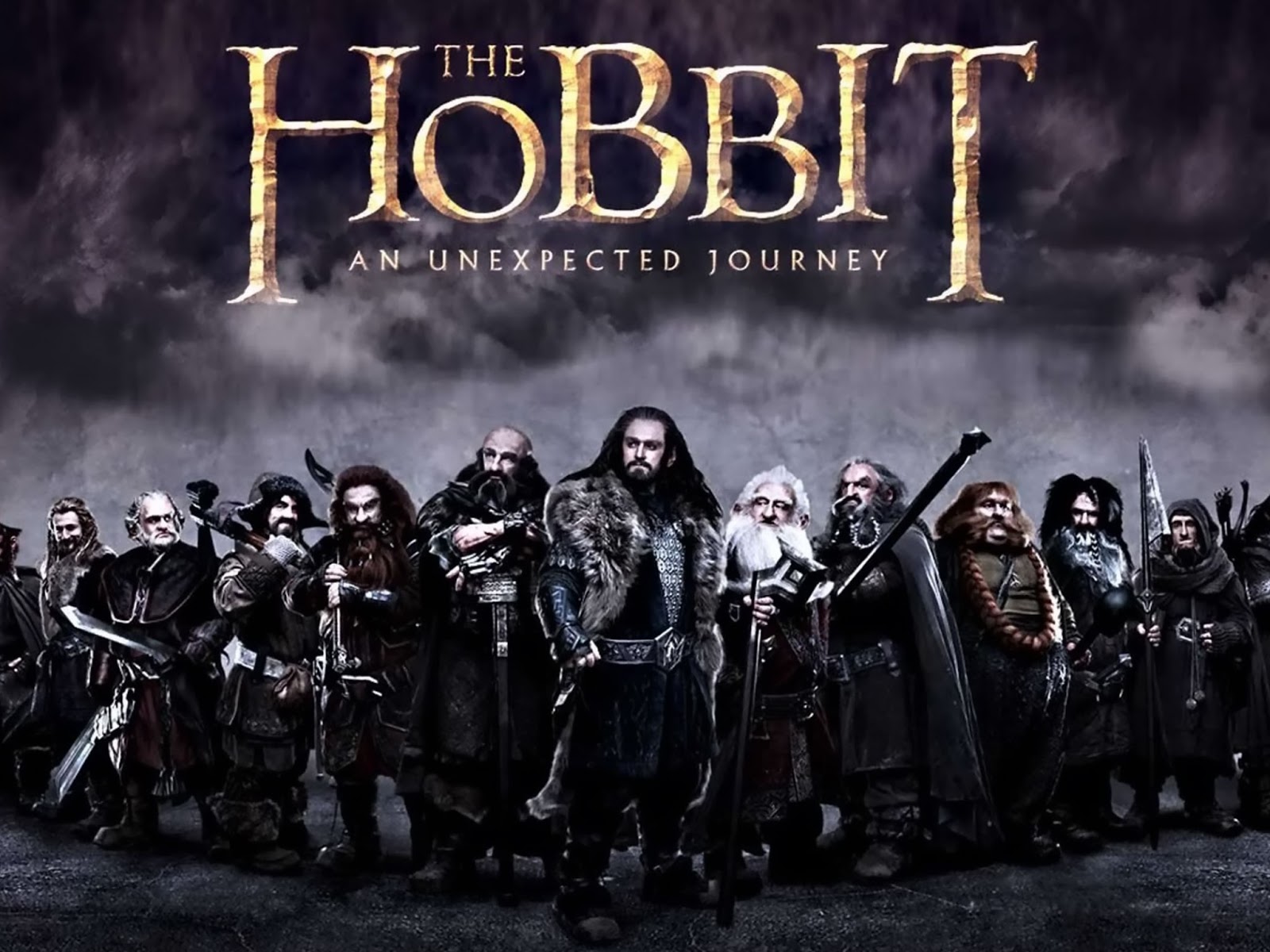 Few follow-up films (be they prequels, sequels, reboots, or spin-offs) have garnered such widespread and ardent anticipation as The Hobbit: an Unexpected Journey and it's not exactly a matter of reassembling the Triforce to see why. It's unfortunately not often that a beloved property (nerdy or muggle) is translated so epically and beautifully to a new medium to the point where said new medium arguably enhances the enjoyment of the original property. Even less common is the premise of having a follow-up to said transition that features all of the cast, crew, and minions of the screen that made the original so brilliant. Despite all this, the puff of disappointment that was collectively exhaled after opening weekend in the States was palpable to nearly every corner of Geekdom. Why? Is the Hobbit really such a letdown?

The answer doesn't fall nicely into binary responses since the real qualms that we nerds tend to have aren't with the film itself, but the expectations that we hold/held it to. If the Hobbit existed in a vacuum or was the first release in a series of six movies we'd likely be a great deal more upbeat about it. Part of our collective meh stems from what I'd like to term "Pixar Syndrome": the apparent mediocrity of a film/TV series wherein said lacklustarity stems largely from comparisons to an established precedent of excellence. Example: earlier this year we heard that 'Brave would have been a great movie from any studio other than Pixar." It's part of human nature to make these extensions and comparisons, but that doesn't excuse us from recognizing this phenomenon when it occurs.

Is the Hobbit good? Yes. Is it as good as the components of the Lord of the Rings trilogy? No. (I've heard cases for it being superior to Return of the King, but that claim falls into the 'maybe' category). Most importantly, is it a worthy addition to the Tolkien cinematic universe? In my opinion, yes.

The Hobbit does a number of things right, namely makes obvious efforts to treat the source material with all due respect and brings to life aspects of the tale with such vibrancy that you'd have to be soulless in order to not be moved (if you don't believe me, go listen to the cast's rendition of "Misty Mountains Cold"). The acting is superb across the board; no small feat for a rather extensive cast. We're giddily reunited with many favorite characters from the earlier trilogy and are introduced to many of their forebears. The landscapes, costumes and beasties are all lush, lavish, and sweepingly epic. Actually, it's this last bit that points us to one of the film's faults.

We all know that Peter Jackson is not one for making succinct, understated films and the Lord of the Rings trilogy benefited from that penchant in a huge way. The problem in extending this grandiosity to something like the Hobbit is that it feels out of place. Why? That's a simple matter of the source material. Lord of the Rings needed a titanic scale because they were tome-like books in both girth and scope, whereas the Hobbit is a comparatively brief 322 pages designed for a much younger audience. The movie can't seem to reconcile Mr. Jackson's stylistic ambitions with the fact that the source material is a children's story (yes, you probably can read further ahead in the actual narrative than the movie covers during the latter's run time). Not only do we see this in the movie's length, but also in the scenes/characters/plot threads that did not appear in the source material. While many of these succeed in helping tie this new trilogy to its predecessor, fans of the book may feel that these additions are somewhat disingenuous. The character of Azog the Defiler, prosthetic-wearing orc chieftain, is a prime example of this. Azog merits a single sentence in the novel, but is sculpted into a prominent plot-driving device in the film. Other very obvious "wink-wink, nudge-nudge" moments meant alternately as fan service and ploys to engage those new to the property underscore the strange tension between the source and the new rendition. It may be Tolkien's brainchild, but Peter Jackson makes it clear that these are his movies and they will tell the story that he wishes to tell. If you haven't read the book or even if you haven't done so in recent memory, this may be less jarring. It's not that any of the above quibbles spoil the movie, it's just that it's very clear that they're not at all necessary. The narrative could probably have been encapsulated by two movies rather than three and the storytelling aspect may have been improved. If you weren't a fan of either the book or the earlier three movies, then the Hobbit will be something of a test of endurance.


However, one of the biggest criticisms orbiting the Hobbit, that it was shot in "double time", or twice the frames per second rate of that of all other movies (48 fps vs. 24fps), was almost a non-factor. We viewed the movie in Imax 3D in order to partake of the entire intended experience. Normally I positively loathe 3D but, in this case, it was very much worthwhile. The technical features did enhance the experience (specifically the meal consumed by the dwarves after they arrive at Bag End and an extended raucous chase scene) and you'll likely adjust to the high frame rate fairly quickly. The elevated definition lends a sort of otherworldliness to the movie, which, in turn, assists in drawing you into this fantastical universe.

In summary, it's a worthwhile venture to go and see the movie if you're a fan of the genre or the series, just try to adjust your expectations a bit before heading out to the cinema.

Bonus: the extended trailer for next spring's Star Trek: Into Darkness was astoundingly good and worth the price of admission for this alone. I'm not a Trekkie by any means and I can't wait to see this.