Posted by Kel
Hey there everyone. My apologies for the delay in posting, but the combination of the holiday hullabaloo here in the US and the chaos that is the last few weeks of my last semester of graduate school EVER had an uncanny flux capacitor-esque effect (which we got to see a bit of in practice with the LHCs newest revelation) . Hopefully those of you who celebrated Thanksgiving enjoyed some wonderful festivities and that everyone else had a great weekend.

For this week's post I wanted to harken back to something mentioned in passing earlier this month: the departure of Topless Robot creator Rob Bricken from his founding property and his subsequent transition to i09. While it's certainly an excellent opportunity for Rob and one that will hopefully provide him with the personal and professional growth he needs, his migration highlights some of the ongoing trends that are shaping nerd news as we know it. 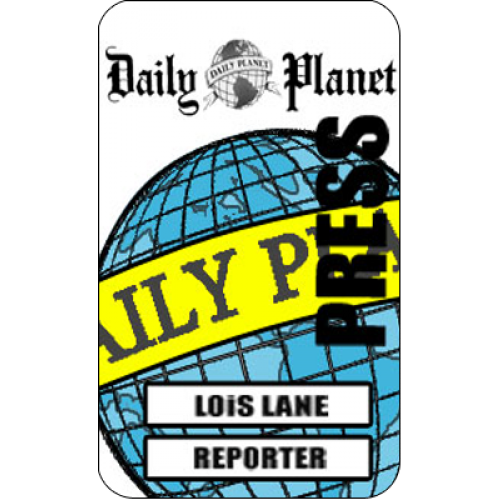 The fact that we can analyze the present and future states of nerd news as a concerted entity speaks to the depth and breadth of the Nerdaissance. It's almost surreal to see certain media outlets going outside their traditional purview to cover stories in any of the major nerdy arenas (gaming, comics, fantasy/sci fi, anime, cosplay, etc). This increasing amount of attention has given our beloved pastimes an air of legitimacy that's arguably unprecedented in the history of geekdom (curse you lack of quantifiable proof!). Identifying us as a sizable, viable body of consumers spurs movie/TV studios, publishers, game developers, and other industries to tackle nerdy properties. As we've discussed previously, that action is only half of what's steering the Nerdaissance right now. The scales at which all of this is being conducted, of course, necessitates vehicles of communication that can function at a comparable level in order to keep this whole shebang working. That's where nerd news outlets come in.

Most of us can probably recall the early incarnations of these geeky outlets. Five or so years ago the formula was this:

1)      Start a blog about any nerdy topic
2)      Cultivate a following of active readers
3)      Receive tips about recent happenings tangential to the founding nerdy topic from readers
4)      Publish these tips, usually with a smattering of amusing/clever commentary
5)      Repeat steps 2-4 until A) the blog amasses a very large following B) the commentary is honed to a particularly fine quality C) all of the above
6)      Bring in a few friends to help triage the tips/submissions and write commentary
7)      Start selling ad space on the blog
8)      Repeat steps 2-7
9)      Sell the blog to a news ring or other consortium (and hopefully profit)

This is how we went from an array of personal blogs to a smaller number of sites that streamed developments in geekdom to mega aggregators that try to consolidate as many nerdy topics as possible into a single site or a ring of 2-6 "sister sites". Traditional news followed a similar path, but its consolidation is a product of its inability to keep pace with modern technology.

But so what? Isn't it better to have a few central news repositories rather than a constellation of sites and blogs? Our favorites lists and attention spans can only go so far ya know.

Well yes, there's something to be said for the benefits of pooling resources and that conglomerating process is only natural, to a degree. However, the critical takeaway is that it's not the consolidation that's necessarily important, but the quality of the sites that remain to dispense our geeky news. Why?

We, as a subculture, place a great deal of weight and importance on being well informed about the major geeky arenas. It is the lauded individual in your cohort of nerdy friends who is renowned as being The First to Know. Even if you are not this individual, a significant quantity of the upkeep of your nerdy persona tends to be derived from the timely acquisition of accurate nerd news.  Without the dual assets of speed and accuracy, you're either peddling gossip or clinging to relevance. Either one of those last two scenarios will effectively undermine your legitimacy which, given the premium we place on authenticity, can spell disaster on a number of levels. Is that stance sometimes stringent-bordering-on-crazy? Sure. Do we still visit those expectations on one another? Yes.

Furthermore, being well informed is arguably the germane differential that allows industry professionals to distinguish relevant concerns from uninhibited fanboy/girl tantruming which, as we've discussed before, is critical to the future of commercial/geek relations. Without a well-reasoned case supported by facts your discourse stands to be brushed off as simple ranting.

Of course, none of this is anything particularly novel, but it illustrates that there's a bit more at stake here than just having a few talking points to bust out next time you get together with your friends.

So what, exactly, is the problem?

The issue at present is two-fold: the diminishing pool of reliable news sources coupled with the dubious quality of certain mega-aggregator sites. The former is pretty straightforward and parallels how you'd go about procuring non-nerdy news. You probably have a handful of sites that you feel are trustworthy and bounce between them depending on the day, the type of story you're looking for, and what sort of mood you're in. Having a variety of sources available, even if you don't necessarily use them all the time, helps maintain objectivity and prevents any authorial viewpoints from skewing the formation of your own opinion. The same is true with nerd news. Consolidating sources does help us separate the informational grain from the chaff, but it also reduces the breadth and diversity of available news outlets.

Concurrently, the actual content presented to us on nerd news sites tends to decline as the host site expands. This phenomenon is also common and not relegated solely to nerdy analysis: the more you take on, the fewer resources you can devote to each topic. Let's look at i09, for example. The site was explicitly created back in 2008 by media company/blog network Gawker Media to focus on advancements in science and technology (with lesser attention on science fiction and futurism). In the four years since, the site has ballooned to try and encapsulate as much of nerdery as possible, covering everything from board games to what happened on this week's episode of the Walking Dead. If you perused the site two or three months ago, the delineation between the original basket of analyzed topics and those that were recently brought into the fold was stark. Stories outside the founding purview were often posted just a tad too late to be timely and the attending commentary made it clear that the subject was not entirely the author's forte. Not their fault, it's just what happens when resources are spread too thin. So i09 addressed the problem like the manager of a professional sports team and brought in a seasoned talent in the form of Rob Bricken to shore up their weak spots. Rob, in turn, brought with him not only his well-honed and knowledgeable analytic/writing style, but also the features that made his founding property so popular to begin with. Rob seems happy, i09 has reaped immediate benefits from the addition, but Topless Robot is clearly staggering from the loss of its creator.

The problem with this isn't that Rob took steps to further his career, but that there is no one in place to fill the vacuum left by his departure. Just about anyone can take information that's fed to them, grab a few pictures and/or video clips, and toss together a post. It takes skill and a deep existing body of knowledge to write clever, meaningful analysis about nerdy topics (or any topic for that matter). The trend of building news outlets into aggregators of tips from readers leads to whole sites with lots of headlines, but no journalistic "meat". Our limited attention spans may be content with a slew of one-line tidbits of information, but we're doing ourselves, and geekdom as a whole, a disservice if we just stop there.


It's our responsibility to be well-informed and part of that onus lies in how we go about educating ourselves. We can have our one-line items and verbal brain candy, but we also need space in which to think and articulate our designs and desires as a subculture. Seeking out that balance will be key in the next few years. So, next time your fellow nerd says, "you should really check out this site," or, "we should write a submission for site X," give it a try. You might be more than just pleasantly surprised with the results.