Posted by Kel
Hidey-Ho Nerderinos! (Sorry, couldn't help myself :-P) You may recall that last week's post started off with some tongue-in-cheek but simultaneously semi-serious wistfulness about the change in seasons and the associated return to reality after the halcyon days of summer. Passing observational remarks notwithstanding, we tend to accept these transitions without much thought, moving along to the next phase of the year, as we all recognize at some level that time will progress with or without our consent. (note to self: get back to work on that flux capacitor) The same can be said of any number of transmutations that we each undergo during the course of our lives. Though a small number of societally lauded evolutions get special regard as a coming-of-age or hallmark events, the vast majority of our growth as individuals takes place within the purview, but beneath the notice of, those around us. Take this in conjunction with that whole relative time as a series of Lorenz Transformations phenomenon that seems to occur as you get older and it'll come as no surprise that many of us will periodically pause to say: What in the name of Mogo have I become?


(Ok, if you're still in undergrad or grammar school this all probably sounds like a cacophany of elderly kvetching. That's fair. But, not to get all crotchety on you, this stuff is worth your consideration, as it will happen to you in all likelihood.)

We've done a bit of talking about what defines a nerd/geek and our role as a cultural subset currently acting as fodder for major commercial undertakings across a variety of industries. While these are important, as they're the foundation for generations of geeks to come, they're really only half of what defines us as a subculture or demographic. This portion that has, until now, gone unaddressed is being a nerd/geek on a micro level: the actions and decisions that form the basis of your nerdiness day in and day out. This is the stuff that gets dismissed out of hand as mundane to most of us. You've always loved Lord of the Rings or painting Warhammer minis or a rousing game of Arkham Horror with your friends. What of it? What's remarkable about these aren't necessarily what exact geeky things we choose to do (though these are all awesome), but the manner in which we go about doing them. For many of us, partaking in our beloved pastimes is part of a delicate balancing act that we perform in order to function in a society in which non-geeks are the majority.

You may be nodding your head knowingly, recalling that high wire act from earlier years or even from earlier today. The act of concealing or offsetting your nerdiness amongst non-geeks (a.k.a. normies or muggles) as a self-preservation device is certainly nothing new. Indeed, my contention is that this little dance of faux-acclimation is something that we undertake in various forms and in differing degrees throughout our entire lives. Taken in aggregate, our freedom to pursue the desires of our nerdy hearts unfolds something like this:


From the moment that you abruptly realized that your hobbies and preferences weren't considered cool or acceptable to your peers you were faced with a choice: to continue outwardly expressing your true nature or to mask such in any number of ways. The demographics of your grammar school likely influenced your decision. Similarly, the composition of any post-secondary educational institution may have colored your choices to re-engage your geeky tendencies in the public sphere. Again, nothing really novel here. Kids tend to be mean to one another and we get to discover or reevaluate ourselves upon gaining a modicum of independence. 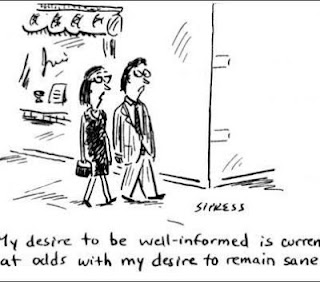 It's the years the follow that are the murky, largely unexplored territory. What do you do with all the freedom of legal adulthood, but also the responsibilities that said liberty entails?

We all face down this dilemma at one point or another, nerds or no. Most of us enter, or attempt to gain entry to, the workforce and spend the hours once occupied by homework trying to reconcile what makes us happy against what pays the bills. The added wrinkle to our potential experience is that what we consider enjoyable, stress-reducing, and, for some of us, sanity saving, is regarded as frivolous, obsessive, and fundamentally inappropriate for someone residing in anything but a dormitory.

That last bit is the real dividing factor as to how geeks and muggles try to balance avocation with tangible real-life demands. Spending an entire Sunday going through a case of beer while watching an American football game with friends is acceptable, devoting the same amount of time (and potentially beer) to a segment of a Pathfinder campaign or a round of Twilight Imperium with friends is not. Despite the fact that both sets of activities can be inherently social and gaming has been shown to assist in developing useful real-world skills, the latter is generally regarded as juvenile. As such, there is a legitimate potential for financial/professional harm when your favorite pastimes are equated with fantastical escapist childish notions wholly divorced from reality. Admitting that you're excited about the release of Borderlands II or an upcoming convention firmly places you into the category of Other: a wild card that does not adhere to socio-cultural standards. At best you're 'quirky' or 'eccentric' and, at worst, you're a potential threat to productivity incapable of assuming responsibility. The stereotype of the awkward basement-dwelling man-child may haunt you even if you've been fully independent since you turned 18. It sucks, no doubt about it. We can rail against that hypocrisy and latent unfairness all we want but, even in the midst of the Nerdaissance, this remains as the unfortunate state of affairs.

A lucky few of us are engrossed in careers that allow for freedom of nerdy expression, but most of us have to be chameleons, tempering ourselves in accordance with the demands of our surroundings. The byproduct of this sometimes complex dance is the not-uncommon bifurcation of "work self" and "home self". Many people experience the same phenomenon regardless of their geeky affinities. However, there seems to be a tendency amongst our brethren to try and overcompensate for the rigors of interacting with the muggle world, delving wholesale into games, movies, and costume-making to the exclusion of most other things. While this may help undue the stresses of the day, this behavior may be a contributing factor to some of the less savory behaviors that we've come to be known for. Most of us at the crux of the Nerdaissance are no longer carefree undergrads, but regular working shmoes struggling with this exact issue. We demand more from the properties we love because our free time is precious and if we're going to play/watch/read something then it better be good…damn it. Our purchasing power becomes a dual-edged weapon that can just as easily take down the drudgery of the day as bite into the hand that wields it. We partake in gaming so heavily that it stops becoming a stress reliever and instead morphs into an escapist portal that sometimes causes its own forms of stress. Our interactions with fellow geeks revolve exclusively around our shared passions because we have to be 'normal' for the majority of our waking lives but even this does not come close to ensuring our own happiness.

Well it could be if we just accepted this as the only course of action available to us. But who says we have to do that? As with many of the other thorny issues facing the whole of Geekdom, a little mindfulness about our potential choices goes a very long way. AND, since most of us are very clever ducks, we can make a lot of progress into our communal headspace with remarkable speed. While the demands of life have only a limited amount of flexibility…that whole eating and not freezing to death thing…the way in which we perceive the less conspicuous requirements of our authentic selves can help create equilibrium.

I call this the Nerd-Life Ratio (NLR): essentially the proportions of geeky and non-geeky activity that make you happiest. Very few of us can be 100% nerdy all the time, so most of us exist on a sliding spectrum of geekiness. What we need to do is discern our individual Nerd-Life Ratio by taking a good hard look at what it is that makes us our most joyful, truest selves and trying to assign a narrow range. This range should be bookended by your maximum capacity for all things nerdy and the barest traces of geekery required in order to prevent 'binge nerding' or pushing beyond the reaches of your authentic self and burning out. The majority of that range is the proportion of time you need in order to be a happy, healthy geek on any given day.

Example: I work in an industry that generally frowns on most geeky things, but intellectualism and personal freedom are lauded. Taking the rigors of the work week and other basic domestic/familial commitments into account, I find that I prefer nerdy activities and interactions about 75-80% of the time and find that remaining 20-25% to be a refreshing and enjoyable change of vantage on occasion. This would make my NLR between 75/25 and 80/20.

This may seem difficult but, with a little planning and incremental effort, it's entirely possible to attain your desired Ratio most of the time. Furthermore, once we arrive at our own Ratio, it's critical to recognize that the majority of other nerds, even your close friends, will likely not have the same metric. We need to foster that same introspection in other geeks and support one another. Most importantly, we must respect the differences in our respective ratios. Just because someone has an NLR of 65/35 nerd does not make them a poser somehow otherwise lesser to your 85/15. Seriously guys, the Golden Rule is occasionally tough, but non-Newtonian physics it is not.We can do this and it's to our benefit to think this out.

So what's your Ratio?