Nerd Life: Once and Future Gamer

Posted by Kel
It's not exactly revolutionary to say that intellectual properties once relegated to the purview of nerds are now de rigueur in nearly every form of mass media. We're living in the midst of the Nerdissaince where comic books become blockbuster fodder and tome-like fantasy novels morph into lavishly budgeted TV series. Though there are myriad theories as to how and why this came about, these courses of inquiry ultimately bring us to the conclusion that the popularity of nerdy lore is cyclical and each such geeky heyday leaves a distinct, indelible mark on popular culture and society as a whole. While this samsara has wrought many positive developments for individual nerds (you can list 'jedi' as your official state-recognized religion in some countries!) it has also been a font for greed, specifically of the corporate variety. This post, the first in our series influenced by guest contributors, chronicles the issues that legions of gamers currently face and details what it may take to give legitimate voice to those disenfranchised by gaming's surging popularity.


Despite the recent release of major, highly anticipated titles, the future of videogames is murky at best.  Very few names have come to market in the past six months that haven't met with fan backlash on a colossal scale. Anytime an industry or property becomes accepted by a mainstream audience there is bound to be conflict between the original fan base and the nascent band wagon crowd. Once the province of a segmented, intensely demanding, but loyal demographic, the industry is no longer being pushed forward by a clear, dominant force/genre. An observer peering in from outside would probably see this as just another facet of the Nerdissaince, that an increasing number of individuals are reaching out for the gaming experience and game developers are responding in kind. Though this would be an accurate assessment there are other trends, behaviors and tactics at work here that are rapidly re-shaping the gaming experience as a whole. 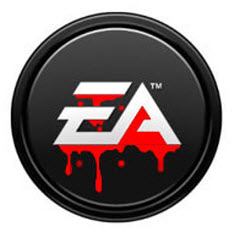 The gaming industry has become enamored with the notion of testing the limits of just what their infamously fanatical customer base is willing to tolerate. In an attempt to maximize profitability, they are packaging less and less with the initial release of a given game, then charging for 'downloadable content' that may have an enormous impact on the game itself and, correspondingly, a player's experience of said game. This is understandable to a degree; these companies have a right to want to make money but the reception has been...less than favorable (there's a reason why EA was crowned 'Most Evil Company in America') While it's a company's fundamental goal to turn a profit, it's our job, as knowledgeable gamers, to convince them to make better products if we're dissatisfied with what we've been given. We do that not by going on incoherent rants in various forums, but rather by exercising our free will in the free market.

Aside from the most casual consumers (e.g. non-gamers purchasing on behalf of a gamer who will buy pretty much whatever is recommended to them), the most significant segment of the market is comprised of the so-called 'Generation Y': those of us who grew up in the Nintendo era and now have substantial disposable income.  This cohort can be decomposed into two subgroups: The casual bros and the nostalgic nerds. The former want Madden, Call of Duty, and Halo BUT they also just want the operational simplicity of insert disc, start game. They don't want to deal with the trials and tribulations that are intrinsic to PC gaming (rife with compatibility issues), which is why we see the above titles offered primarily on consoles.

The latter are those individuals who had previously made gaming a nerdy pastime. Highly cognizant and covetous of those titles that formed the basis of their gaming experience (and, by extension, gaming as a pastime) they tend to desire MORE complexity, not less, and are thus far more willing to endure the headaches that come with PC gaming. (see Crate Entertainment's retort to Diablo III: a more substantive game already featuring additional complexity even while still in development) These nerds, once the lifeblood of the industry, are now arguably the minority and are being eased towards the back of the proverbial gaming bus. However valid our complaints may be, we undermine ourselves as a group with our apathy, laziness, or simple willingness to drink the Kool-Aid when it's being passed around. We will bitch and moan but don’t stop buying their games.  Bottom line: we don't rock the boat nearly enough to enact change the ONLY times we win concessions in our favor anymore are on major crossover titles (e.g. Mass Effect and The Old Republic).

What we're seeing is a schism between the casual gamer and the 'real' gamer. If the latter truly wishes to be a force for positive development in the industry, he/she will gradually drift to outlets like Kick Starter and independent projects to get what we want made. (see the incredible example of this from the guys at Goldhawk and their attempt make an alternative to Firaxis' upcoming remake of X-Com) Think of it like this:  people who love food, serious gourmands, don't waste their time protesting the food at McDonalds. They hunt down the small mom and pop Italian restaurant in the North End or favor a local deli. We, as an impassioned demographic, have to do the same when it comes to our games. It takes the time and effort, sure, but wouldn't we rather vote with our hard-earned cash and possibly foster change than feed into the stereotype of blustering, whiny fanatics?