Q & A With the Creators of Jotun; Thunder Lotus Games

Posted by GIR
Odin knows it's been far too long since I've managed to post a review, but I promise one for the recently released Jotun is forthcoming. Recently I had a chance to exchange a few words with William Dubéon, one of the developers at Thunder Lotus Games responsible for this inspired title. If you'd like to hear a bit about the motivations behind the game or what future additions to expect read on! 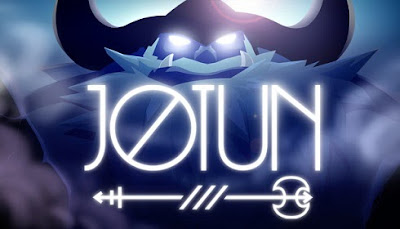 GIR: How has the full release of Jotun been treating you so far?

Will: The release has been great! We’re super happy with the reception so far. Fans and press are loving the game!

GIR: What led you to choose Vikings and Norse Mythology as the theme of your game?  I could easily see this concept working just as well with say the Egyptian Or Greek mythos (which you cited your Team also had a fascination with).

Will: I’ve always been fascinated with old stories like Beowulf and The Divine Comedy. When I started reading Norse mythology, I knew we had to make a game in this setting.

GIR: Personally one of the things I enjoy most in Jotun is the hand-drawn art style which reminded me of The Banner Saga a great deal. What made you choose to take things in that direction artistically?

Will: The first and greatest reason was that I knew some amazing 2D artists! I was lucky to be surrounded by such talent. 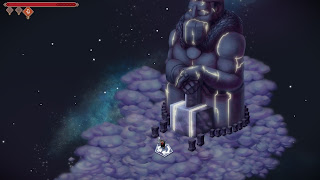 GIR: While the exploration aspect of game play is influenced by games like Journey combat, as you have indicated in the past, is obviously inspired by games like Shadow of the Colossus, or Dark Souls boss fights. Was it difficult finding the balance between the heavy atmosphere and slow pacing of exploring with the often frantic challenge of combat?

Will: The difference in pacing was one of the biggest development challenges for Jotun. Even now, some players still find the exploration levels too slow for their taste. However, a lot of gamers really love this pacing so it’s definitely a recurring point of debate. Ultimately, I’m happy we stuck with our initial creative vision.

GIR: Your Kickstarter fully funded on back in August 2014, but you kept the option for donations and funding open through other methods such as Paypal, etc. Did enough additional contributions/funding come in to allow you to include some of the Stretch Goals you didn't hit during the original Kickstarter?

Will: We ended the external crowdfunding shortly after Kickstarter, so it did not have a big impact on getting us additional development resources.

GIR: Can people expect to see some of those game elements in the future via updates or DLC?

Will: Steam Achievements, Trading Cards and Cloud Saves are already in our pipeline, as well as New Game+. We’ll also start console development this fall, so our plates are quite full!

GIR: On your Kickstarter you specifically noted: "We chose Kickstarter because we want to involve you in the development process," can you share what you felt the best idea/improvement to come from the backers was?

Will: Being able to test the game during alpha and beta was one of the best things that came out of Kickstarter. We could test how players’ expectations were aligning with what we were actually developing. We made a lot of adjustments to the game during these periods.

GIR: Do you plan on using this approach(Kickstarter) for future projects?

Will: We would absolutely go to Kickstarter again. 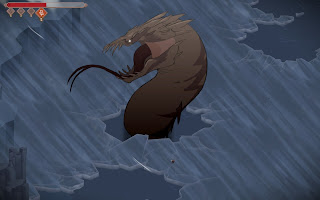 GIR: Were there any aspects of the game you were forced to scale back/compromise/cut from your original vision? Do you regret having to do so?

Will: Very early in development we realized certain features promised during Kickstarter were over-scoped. For example, we quickly realized that have randomly generated levels would not be worth the effort. Being open and having good communication channels with our backers really helped us here, as they were very understanding of these changes. We have absolutely no regrets, as we were able to ship the game in the time-frame we had set on Kickstarter, a rare feat.

GIR: Is Thunder Lotus already looking forward to the next project on the horizon now that Jotun has been released? Or is a vacation in order?

Will: The team is taking some well-deserved time off right now, but we’ll be hard at work this fall working on Steam Achievements/Trading Cards/Cloud Saves, New Game+ and console ports!

GIR: When you do start your next project are you committed to producing games in a similar genre(thematically and/or mechanically)? Or do you think you'll want to explore in new directions?

Will: Only the Norns know!

GIR: Congrats on a great launch and thank you again for your time! 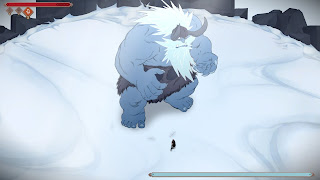