Holy summer steaminess Batman! The decidedly unsubtle arrival of the solstice and its attending oppressive combination of energy-sapping heat and humidity threatened to derail Operation Go Jedi this week, but, with Gen Con fast approaching, there's literally no time to waste. Though I'm not prone to procrastination, the last six weeks before any convention has become my traditional costume crunch time. A month and a half provides enough leeway for a measure of trial and error if necessary but also can accommodate things like shipping delays, malfunctions, or just plain-old screw ups. Any and all of the aforementioned list are bound to occur to every cosplayer, but I posit that Murphy's Law must have some multiplying component that arises from its dormancy only in matters of cosplaying, grant proposals, and term papers. This time around I'm taking no chances and started the full, dedicate-each-spare-moment effort approximately eight weeks out. Why?

The Aayla Secura costume is deceptive in its apparent simplicity (lekku notwithstanding). There are a whole host of minute details that are not striking in and of themselves, but would actively detract from the costume if they were misrepresented or omitted. Additionally, there is the pressure inherent to cosplaying as a well-established, canonical character from an extremely famous visually-based property. Anyone who's seen Clone Wars and/or Episodes II or III knows what Aayla looks like. There's a plethora of pictorial and textual data that describe her garb, complexion, build, and weapon preferences. While this removes a bit of guesswork on the part of potential cosplayers, this also presents the expectation of accuracy, not artistic interpretation. Granted, I've seen some brilliant mash-ups of characters/species from the series and other genres (including some excellent steampunk twi'lek smugglers at PAX East in April), but I'm a fairly ridiculous Star Wars fangirl and would be peeved with myself if I didn't strive for the closest possible match to the source material. 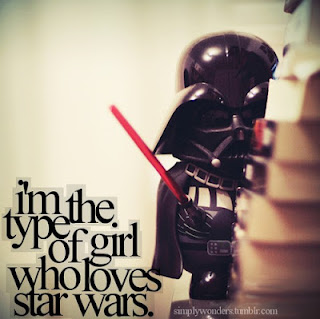 So the majority of this pressure is admittedly self-wrought. Fortunately, this has not detracted from the costume-making process at all and may actually be enhancing the experience in some overly-invested way. It has been the most enjoyable costume I've made to-date and it only stands at just over 50% completion. Previously my costuming efforts followed a rigid trajectory: each constituent of the piece was finished individually, then brought together at the very end. This time around the efforts wash in waves over several different components concurrently, resulting in slower progress but for more of the costume as a whole. There's no discernable reason for this really, but this diversion from the norm has renewed my passion for this avocation and forced me to pick up some new crafty skills in the process. My apologies for the resulting non-sequential formatting of the procedural breakdown for the costume. Once the whole getup is finished I'll link the posts that covered the how-tos so they'll read like a recipe.

First on the roster of pieces-in-progress are the lekku. As mentioned earlier, they arrived as a nude-hued 'rough' cast that required some post-production work. Now, all stuffed and buffed, they were ready for some color. There are a number of different paints that will adhere to latex, but I highly recommend using this juncture as the opportunity to consider and decide upon the type of paint you'll be using on your skin. Ostensibly you want the color of both the lekku and your skin to be as similar as possible and what simpler way to assure yourself of a perfect match than to pick a paint that can be used on both surfaces? Professional grade body paint can perform this double duty with aplomb, as latex is frequently the base of stage prosthetics. These coloring implements come in two distinct varieties: water-based paints and alcohol-based inks. A bit of research on each yielded the following conclusions:


Many professional and semi-professional cosplayers who have tackled twi'lek costumes and/or regularly use full-body paint swear by alcohol-based inks. The ease of application, even spread of the color and the hours of reliable wear without the need for touch-ups allegedly to outweigh the expense. I would have gone this route myself were it not for two concerns. First, the premise of toting an airbrush and its associated canisters of propellant on a plane makes me squeamish. A good airbrush will run you a couple hundred dollars (even lower end brushes will cost you $60-$100), can be quite heavy, and will be comprised of several semi-delicate parts that will invariably be shunted about within the confines of your checked bag. Short of shipping the brush to the convention ahead of time, there are few options available that will ensure both the brush and the canisters will make it to your destination in workable order and replacement parts are not easy to come by. Second, the alcohol-based hues are inks, not paints. The same trait that makes the inks so desirable, their longevity, is simultaneously one of their biggest drawbacks. Your skin is being temporarily stained so you have to be prepared to devote some serious time to scrubbing yourself clean at the end of the day. There are plenty of cleansing agents out there that facilitate the removal of these inks, but they do not come cheap. When I give this costume a go at PAX East I'll invest in the inks but, since Indy requires a flight, I chose to use the water-based paints.

But wait! What about liquid latex? Wouldn't that work well?

No. Not in this instance anyway. The only time I would recommend using liquid latex while making an Aayla costume is if you have lekku that are made of nylon or another fabric. If you have fabric lekku you may want to consider coating them with a layer of neutral-colored liquid latex, then applying water-based or alcohol-based agents. Doing so may make the lekku seem more fleshy and lifelike without adding too much weight, but this is certainly not required and taking this step is entirely up to you. I do NOT recommend using liquid latex as a replacement for either of the skin coloring agents described earlier. Aside from being notoriously temperamental to apply, it is a long, painful process to remove it. Imagine your face and torso being slowly waxed by a disgruntled aesthetician. Yeah, that's pretty much the experience. Don't get me wrong. It works very well as a flexible adhesive and for small skin decorations (I've used it as a stand-in for woad with much success), but there are infinitely better, less excruciating ways to paint yourself.

At the suggestion of the lovely Pam, I selected Ben Nye Magicolor liquid paint and purchased a 4 ounce bottle of Cosmic Blue and a 1 ounce bottle of White. This should be plenty of paint for both you and your lekku. It took four coats of blue to achieve full, even coverage on the lekku using foam paintbrushes. That being said, you could easily get away with as few as two coats if you're using an airbrush (since that's one of a few application options with this type of paint), but you'll likely need more if you're painting by hand. I recommend foam rather than bristled brushes to ensure even application without disturbing the surface of the latex; working with the latter can take some getting used to. Between coats, I did a spot test/time trial on my skin.

(Hopefully) Helpful Hint: ALWAYS do both a spot test AND a time trial when working with any new makeup, especially if it's a cosmetic that will be applied on a significant portion of your skin. But that's such a pain and can be pretty boring. That can be true, but these are crucial preludes to your cosplaying experience. A few minutes spent gauging the qualities of your cosmetic is almost assuredly preferable to discovering the day of the convention that you're allergic to the paint or that your skin coloring agent will take hours to dry.

The Ben Nye formula takes about 6-10 minutes to dry after its applied to the skin and you'll need two coats to get even coverage. You may want to invest in a few additional products if you're planning on cosplaying for more than two or three hours. Ben Nye makes a finishing spray called Final Seal that, when misted over your painted skin, helps keep the paint neatly in place and buys you a measure of "rubbing room" so you're not making spot repairs to your paint job every fifteen minutes. Also, the same company makes a removal formula, Hydra Cleanse, that gently assists in washing away the paint at the end of a long day of cosplaying. Though the paint itself is water-based and comes off easily enough, the Hydra Cleanse speeds the rinsing along and eliminates any remnants stubbornly clinging to your skin.


I'm currently in the process of adding a speckled, mottled pattern to the lekku (faintly visible in Episode II, but prominent in Episode III and Clone Wars) and doing so has turned out to be trickier than originally surmised. More on this and the construction of the vest/top in the near future!